I decided recently to post a Card of the Day for the most prominent member of the 1960 Pittsburgh Pirates, who hasn’t been featured here yet. I went to Baseball-Reference, found the team roster, sorted it by WAR for that season, and came up with pitcher Fred Green. He ranked 14th on the team in WAR that year with a 1.5 mark. Last time I decided to do the same thing for the 1960 Pirates, I came up with Bob Skinner, who was 13th on that same list. 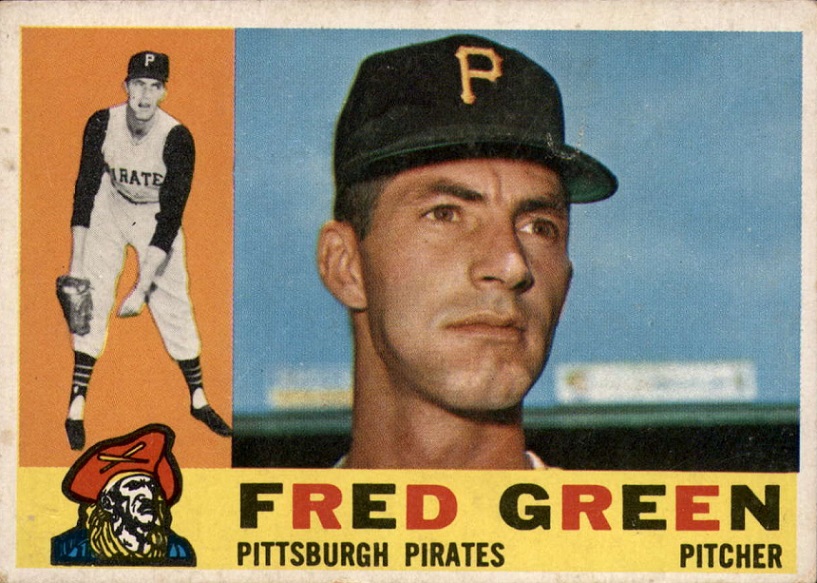 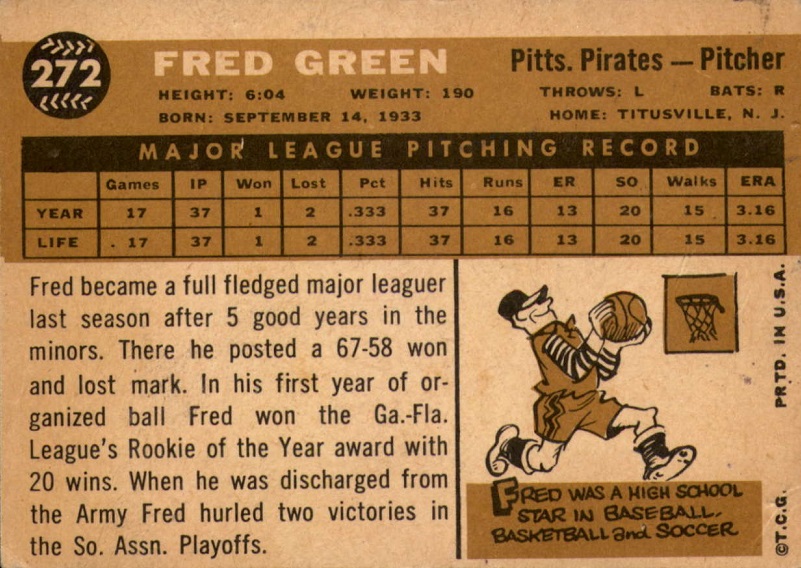 This card is plentiful on Ebay and the set is somewhat popular, but the active listings far outweigh the sold auctions over the last three months. There are currently 264 auctions for this card on Ebay and they can go as low as $2 delivered, though you probably want to pay just a little more for a better condition copy. The highest priced one is $116 for an authenticated signed card. Green passed away in 1996, which is a decent amount of time after this card came out, but also 26 years ago now, so his autographs are not easy to find, especially not compared to some players on the team. There is another signed one for $85, though it’s not authenticated.

There’s a PSA 8, the highest grade one available on Ebay, going for $87 delivered. A PSA 7 can be found for as low as $30 and that also has a best offer option. Over 200 of the active auctions are going for under $10 delivered, so you can find one in nice shape for the right price for you.