Today’s Card of the Day comes from a set that we have covered here a few times already, but the last article was back in early June of last year when we looked at the card of Hall of Fame outfielder Chuck Klein, so it’s been a while. Today is the first time that we are featuring Pittsburgh Pirates pitcher Joe Bowman, who won’t be a regular here because there aren’t many options for him with the Pirates. In fact, this article is covering half of them, as we take a look at his 1939 Play Ball card. 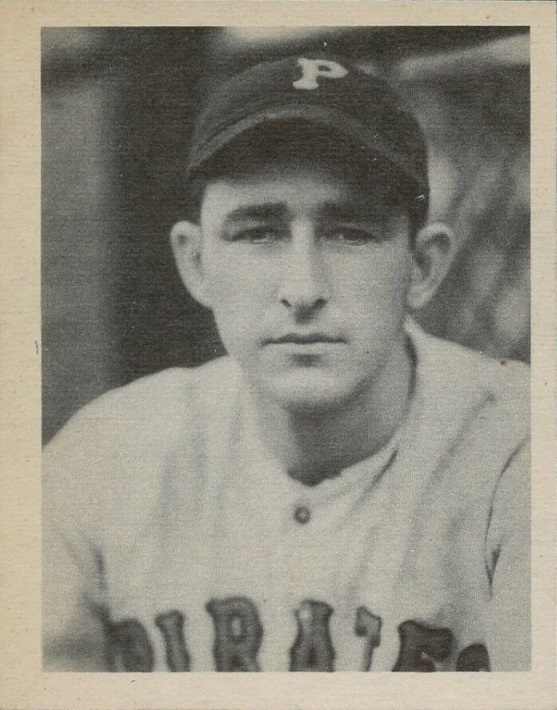 The front of 1939 Play Ball cards are fairly boring, though the old photography makes them cool. They went as basic as you can go on a card that includes a border. No name on front, no design, just a white border and a black and white photo. I still like the set though because it’s loaded with star and has some great photos. As I noted up top, Bowman only has two cards with the Pirates. The second one was the 1940 Play Ball set, and they used the same exact photo. That set has a front design though, so the cards have some differences. 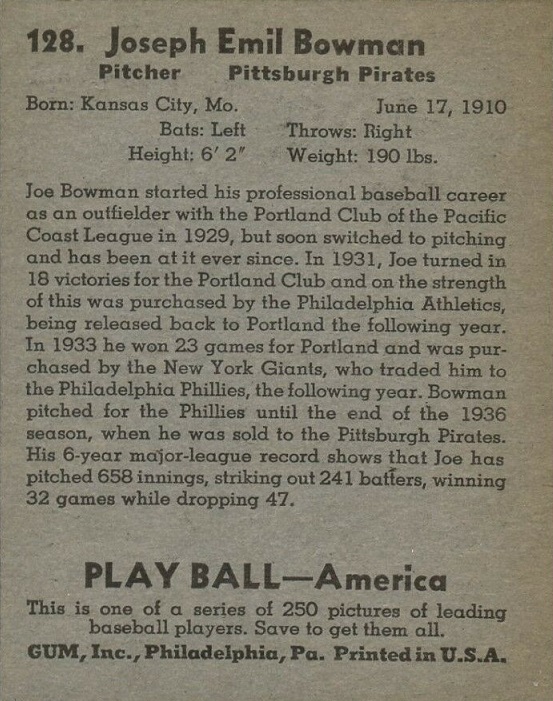 The back of the card has a great little bio section. As you can see, it starts off by letting you know that he started as an outfielder, so maybe his hitting shouldn’t be a surprise, though his 1939 season would have been a strong one for an outfielder too. The bio has an interesting note near the end when it says he was sold to the Pirates at the end of the 1936 season. In case you forgot what you read up top already, I’ll remind you that the Pirates traded for him on this date in 1937. Pittsburgh sent outfielder Earl Browne to the Phillies in exchange for Bowman, a full six months after the 1936 season ended. I love the advice on the bottom of the card to “save to get them all”, as if you could collect the set by throwing the cards away. The backs of these cards are really bland in design as well, which proves that you can do the minimum and still create something great. A nice message for all of the lazy people.

If you’re interested in this card, there aren’t many options on Ebay right now and they can get a little pricey. This particular one was pulled from a scan of a card graded SGC 88 (PSA 8) and the price is $310, with a best offer option. The next highest price is a PSA 6 for $194. Go down a few more choices and there’s another SGC 88 and the price is $155, exactly half of the asking price of the first one. If you want a cheaper collector’s grade copy, there’s a PSA 3.5 for $59 and a PSA 3 for $55. Then you go all the way down to an ungraded low-grade copy for $13, with a best offer option. There are two other auctions, but both are standard auctions that will be over before you see this article. Sold copies, all of them (six total) ungraded in mid-grade condition, have gone between $19 and $48.