I recently heard about the collaboration between two people who I know well through the vintage baseball community, which really piqued my interest. I wanted to share the story to highlight their work and the cause that they are supporting in honor of Pittsburgh Pirates legend Roberto Clemente. Al Crisafulli, who runs Love of the Game Auctions, and Graig Kreindler, whose work has been featured on our site before, came together on an auction for a brand new Roberto Clemente painting, with all proceeds going to a cause that they both believe would have been close to Clemente’s heart. Even if you have no intention of bidding on the item, you’re going to want to see this beautiful masterpiece, plus the auction has numerous Clemente related items in addition to the painting.

Here’s the press release so you can hear directly from them about this wonderful item:

The 30” x 20” painting, “Proud as a Peacock,” captures Clemente standing on second base – with his face turned toward the sun – after hitting a double during a playoff game against Cincinnati on Oct. 9, 1972, just days after attaining his 3,000th career hit. The Puerto Rican native died less than three months later, on Dec. 31, in a plane crash while traveling to Nicaragua to deliver earthquake relief supplies.

Bidding for the Clemente painting opened this week at $5,000 and is expected to achieve a five-figure sale price. Proceeds will be donated to UnidosUS. Formerly known as NCLR (National Council of La Raza), the organization advocates in favor of progressive public policy changes – including immigration reform, a path to citizenship for illegal immigrants, and reduced deportations – through its combination of expert research, advocacy, programs, and an Affiliate Network of nearly 300 community-based organizations across the United States and Puerto Rico.

“We can’t think of a better way to honor Roberto Clemente on the 50th anniversary of his death than to support an organization dedicated to the Latinx community,” said Al Crisafulli, LOTG auction director. “Graig is an incredible visual historian, and his work chronicles the game of baseball with reverence. His are among the most beautiful pieces of sports art ever created. It’s always an honor to auction his highly sought-after paintings.”

Crisafulli added that news about the Clemente offering was met with great enthusiasm by LOTG consignors, resulting in nearly 50 additional Clemente-related lots in the Spring auction. Among the highlights is the star’s rookie card, graded PSA 8. “This is a can’t-miss auction for the hobby’s Roberto Clemente collectors and art-lovers alike,” Crisafulli said. “We anticipate that bidding will be strong across the board.”

A resident of Brooklyn, Kreindler is well known for his award-winning sports work, which has appeared in juried shows and museums across the United States, featured by print, digital and broadcast news outlets, and published in books and magazines. For Kreindler, no other sport embodies the relationship between generations and the sense of community like baseball. His goal is to portray the national pastime in an era when players were accessibly human, and the atmosphere of a welcoming ballpark was just as important as what happened on the field.

“I’ve been in love with the photograph this painting is based on ever since I first laid eyes on it,” Kreindler said. “There’s simply something regal about the way Roberto stands there, basking in the warm sun like that – I see it in my mind’s eye whenever his name is conjured up. To me, it’s one of those rare images that transcends sport, especially knowing the quality of Roberto’s character and his commitment to humanitarian causes. And it’s because of that I want 100% of the proceeds from the auction of this artwork to go to UnidosUS, an organization for which I believe he would have had a deep affinity.”

Founded in 2012 by longtime hobbyist Crisafulli, LOTG is recognized as one of the most widely respected auction houses in the industry, specializing in sports memorabilia and cards – with an emphasis on pre-World War II material. Love of the Game facilitates sales ranging from world-class collections to individual inheritance pieces – and everything in between. LOTG facilitates three major annual auctions, as well as specialty sales. The company has grown consistently over the past decade, closing its three largest auctions to date in 2021. LOTG is currently accepting consignments for its summer 2022 sale, to be held in August.

Here’s the link to the auction 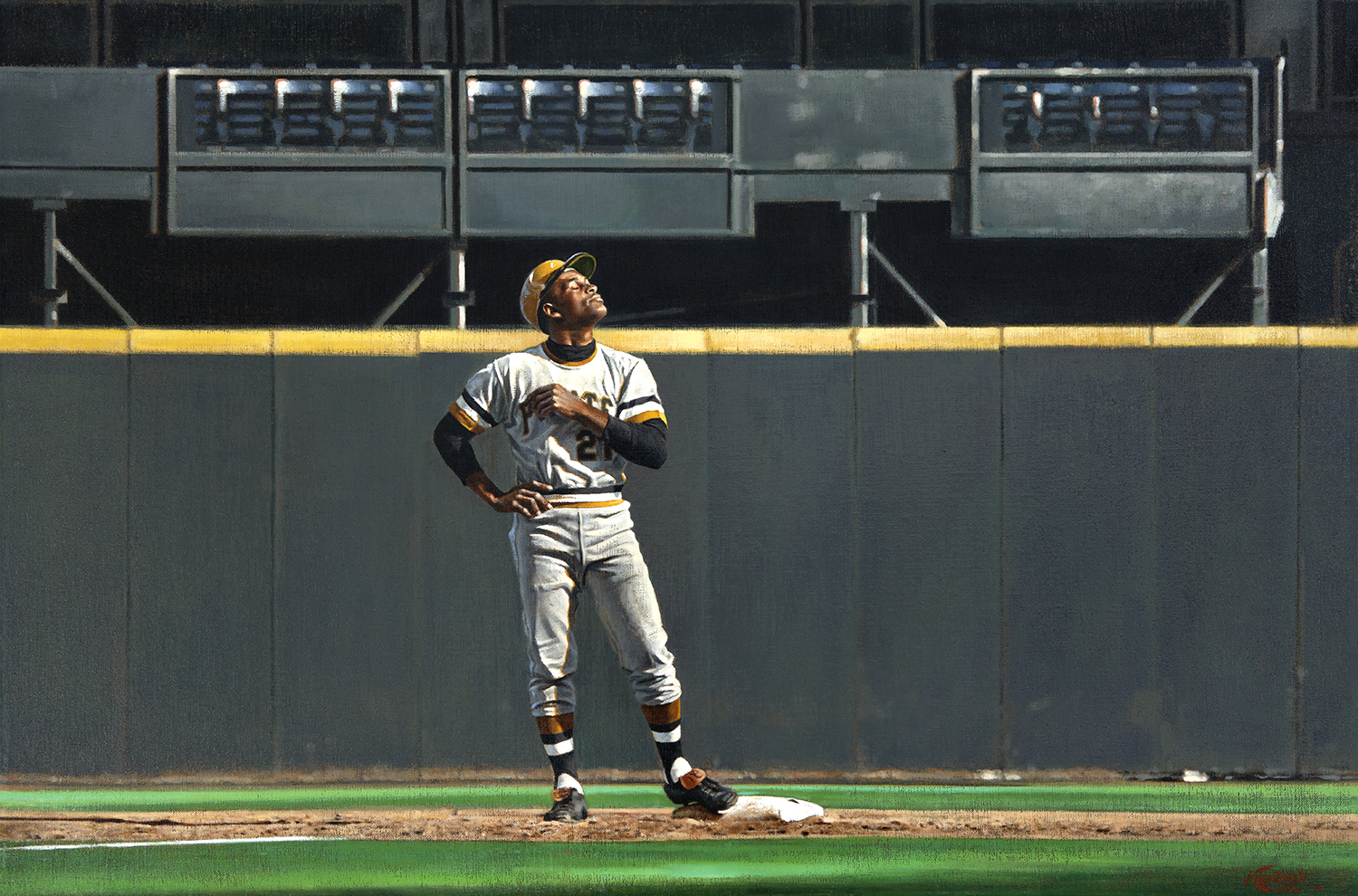 John Dreker
Today we have a special guest article from long time Pittsburgh Pirates fan Tom Robinson. He shows off his 1958…