Today’s Card of the Day features Pittsburgh Pirates catcher Earl Smith, who should be a little more well known in team history, which I hope this article sort of does for his legacy with the team. The Pirates went to the World Series in 1925 and 1927. Smith set a career high with 109 games played in 1925, helping the Pirates to their second World Series title. His best career season actually came in 1926, right between those two National League pennant winning seasons. Smith didn’t play as much during the 1927 season, but he was still an above average player that year, serving as the primary backup to Johnny Gooch. Besides actually winning the title in 1925, his highlight with the Pirates was probably batting .350 in six games during the World Series that year. He also finished second in the league with a 55.1 caught stealing percentage in 1925. Smith finished his 12-year career with a .303 batting average and he had more than twice as many walks (247) as strikeouts (106).

Smith played a total of five seasons with the Pirates, though the 1924 and 1928 season were partial years with the team. He joined the team when there weren’t a lot of baseball card sets being produced, and some of the ones there were put out, were either small, hard to find, or a combo of both. In fact, my choices for a card of him with the Pirates consisted of a Conlon Sporting News card from 1991, a 1928 Exhibits card and today’s Card of the Day, his 1926 Exhibits card. Those choices were easily narrowed down to one due to the fact that I just used a Conlon card a few days ago, and the 1926 and 1928 Exhibits cards use the same photo, with just subtle differences on the front with the name. I liked the look of the 1926 better anyway, but the scan was much better too. So here’s a look at our winner… 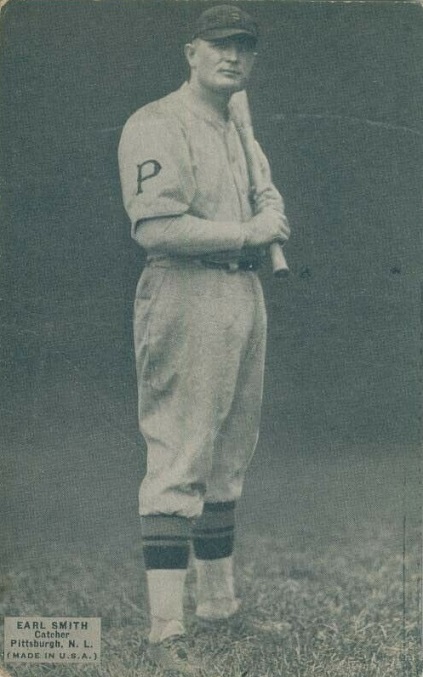 This style of uniform was used for nine seasons, starting in 1923 and going through the 1931 season. The only real difference was in 1925 when the teams all wore a special patch commemorating 50 years of the National League. It’s a combo of red and dark blue, with home whites and road grays. Some of these Exhibits cards have cool photos, but Smith is a rather plain one, which is made worse by the fact that his Conlon card isn’t a better pose. He has some other cards with the Pirates, but they are all from tougher sets and the only scan I found was a portrait style photo of him staring at the camera.

These cards are all photo, no borders on the front. I mentioned that I like the 1926 version better and it’s because of that box in the bottom left with his name, position, team (notice it says Pittsburgh N.L. and not Pirates) and the Made in the USA. The 1928 card has no box, with just the name and team written onto the photo in the bottom left, then in small print on the right it tells you that it’s an Exhibits card made in the U.S.A. The box just makes the card look cleaner in my opinion, and having the position listed there helps its case.

Usually when the back is blank, I just note it right above the front photo. I decided to include it here without comments on it because why not: 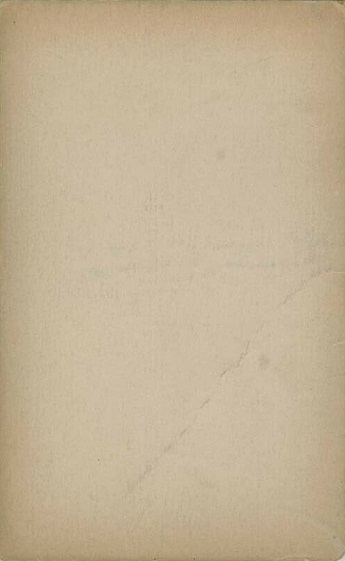 If you’re interested in this card, you only have one choice on Ebay right now, and that one costs $105 delivered for a card graded PSA 2. However, I mentioned that the 1928 version is basically the same. Just because I don’t like it as much, doesn’t mean you’ll feel the same way, especially once you see the price comparisons. If you like the photo, then you should like the 1928 card too. There are two of the 1928 cards on Ebay right now and they are going for $48 and $28 delivered. With the more expensive one, you’re paying the extra $$ for a card in better condition. Neither card is graded.