Today’s Card of the Day is a card in spirit only. The term “card” in baseball cards really includes a lot of items that aren’t your standard cards, but they are definitely card adjacent. It’s also easier to include them in a baseball card price guide than to make a much less popular price guide for the smaller group of non-card baseball collectibles. Today’s “card” is actually a disc created in 1976 to advertise for Crane Potato Chips. There were multiple products that advertised on the backs of these discs (70 non-numbered discs in the set) and I just picked the first good front/back scan I saw on Ebay. If the Al Oliver part of this disc piques your interest, then the advertisement on the front/back won’t make much of a difference.

Here’s the front of the disc: 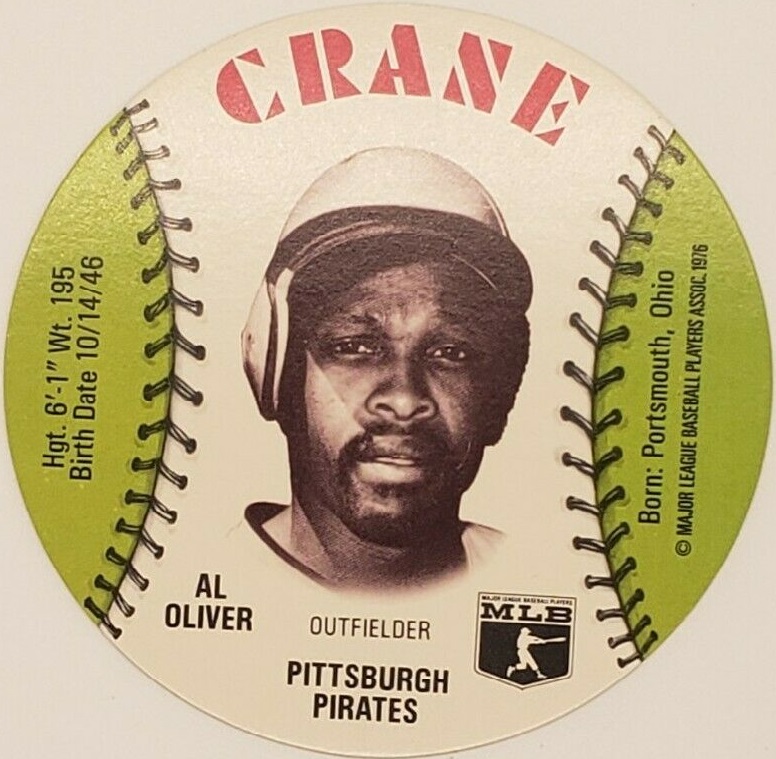 As you can see, the disc shape is actually meant to be a baseball. There were many colors used in the set in the area that is pea soup green on this card, and the colors were just randomly chosen. The other Pirates players in this set have an assortment of colors. There’s one interesting thing here that you may or may not have noticed, but it’s easier to see when you look at multiple discs from this set at the same time. This company didn’t have the rights to the MLB logos, they were just working together with the MLB Players Association. What makes that even more interesting is that when that happens now, they can’t use the team name either, but that clearly says “Pirates” on the card. A card that doesn’t have MLB rights would just say “Pittsburgh” now.

You can see the Crane name at the top here, advertising the product name only. If you didn’t know the company, then it might be a bit confusing as to why it said “CRANE” across the top. The back is a different story.

Here’s the back of the disc: 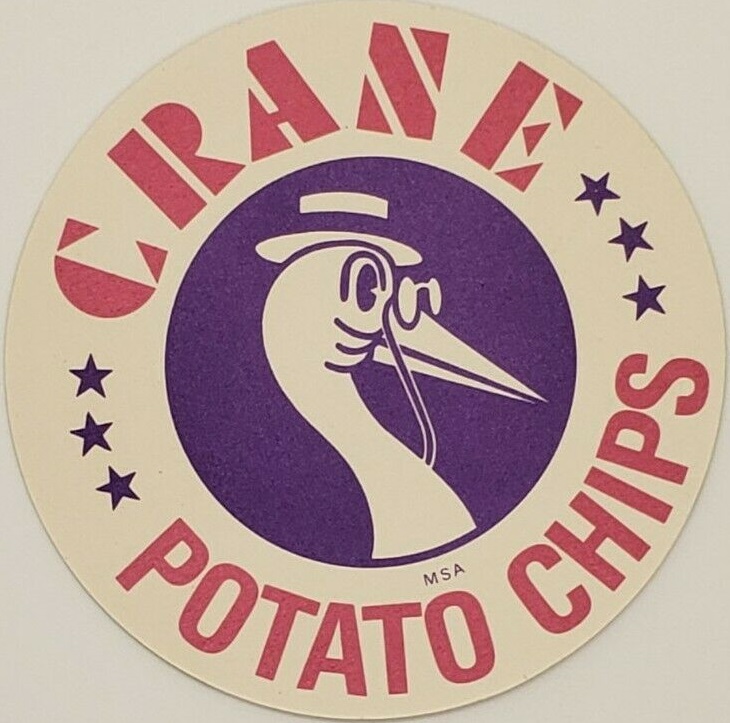 The back is a straight up advertisement for Crane Potato Chips. In case you were wondering what the Vlasic Pickles stork was doing to make extra money in 1976, he was working two jobs at this time (I just found out that his name is Jovny). Honestly, it’s really odd that two companies had very similar bird mascots with bad eyesight and they wore hats. If I just showed this scan and nothing else, you would have no idea that there was an all-time great baseball player on the other side. This scan by itself looks like a coaster for drinks. Like many cards with product ads, whoever decided to give it the green light is a marketing genius. These discs are still advertising for the company 45 years later after a small investment. The original company no longer exists, and this brand is no longer manufactured, but that’s besides the point. Putting the ad there got me to look up the company history, and I’m sure many other people have done the same over the years.

If you like that Crane ad on the back and need this specific disc for Oliver, the price range is $4.70 to $12, with four options in that range and two of them have best offer options. If the back ad is meaningless to you, then you can get it for as low as $3, and there are plenty of options, including the different ad backs. These cards aren’t extremely popular, but the set itself has some all-time greats, so as a group the discs still get action. A PSA 10 Oliver sold recently for $29. That speaks volumes of the value because a PSA 10 of a star player should get more money on a 45-year-old “card”.