Today’s Pittsburgh Pirates Card of the Day features both a player who hasn’t been here yet, and a set that hasn’t been here yet. Today is the 38th birthday of Matt Capps, who was a reliever for the Pirates during the 2005-09 seasons and he’s currently an announcer for the team. The card comes from the 2007 Topps set, one with a major design flaw in my opinion. 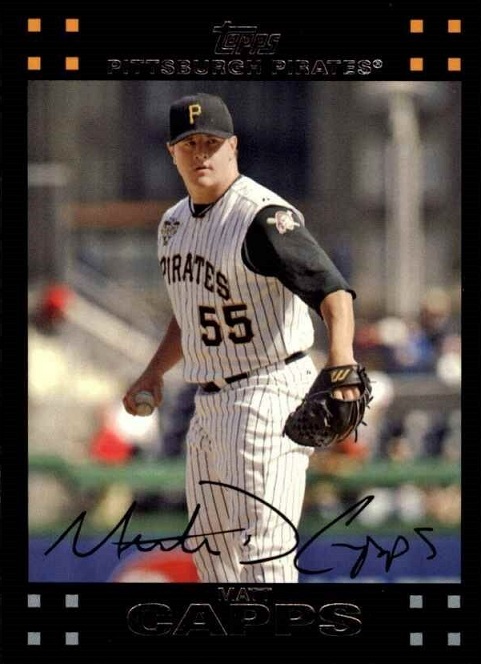 I can tell you right now that Topps did not consult me on this card design. This scan is enlarged to show detail better, so you can actually almost see his name at the bottom (it’s there, trust me), and the “Pittsburgh Pirates” written at the top under the word Topps. I can imagine a board meeting where someone said, and I’m quoting this fictional person, “Remember how hard it was to read the names on the 2006 Topps cards? Yet people still somehow knew who they were collecting…we need to do something about that.” 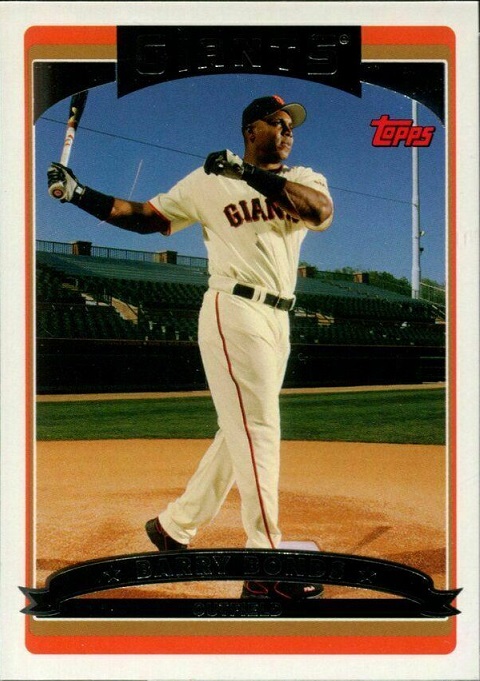 I have no idea who that is on that card. Just a random player I picked to use for a scan. The impossibleness to read this 2006 card is what Bonds the two sets, except Topps just decided to make the hiding spot for the words much bigger. As a side note, I thought I was making up the word impossibleness when I wrote it, but it’s apparently a real word.

I’m a big fan of the 1971 Topps set, so it’s difficult to mess up when using a similar black border design. I do think that Topps made an excellent photo selection here for the Capps card. I also like the use of facsimile autographs. I also played a lot of retro video games at one point, so the designs in the corner remind me of building lights being off/on in the simplistic background artwork, though I’m not sure what that has to do with baseball.

What I’m saying is that the idea here was pretty good until they got to the writing around the border. I’ll share a little of my old car knowledge. If you like first generation Z/28 Camaros, you may know about an option that no one used for good reason. When you ordered the cars from the factory, you had a choice of many colors and then you also picked between black and white racing stripes over the hood and continued over the truck/spoiler, though not the roof. One of the things you could do is order a beautiful Tuxedo Black paint job and get it with the black stripes. It was basically what they call a “stripe delete” option, except that they actually put the stripes on the car. I won’t say that no one did that because I’m not checking the numbers, but I will say that I’ve never seen one and that’s because it was a stupid idea. If you don’t like the stripes, then you really didn’t want a Z/28. The 2007 Topps set is the stripe delete of the baseball card world.

Here’s the back of the Capps card: 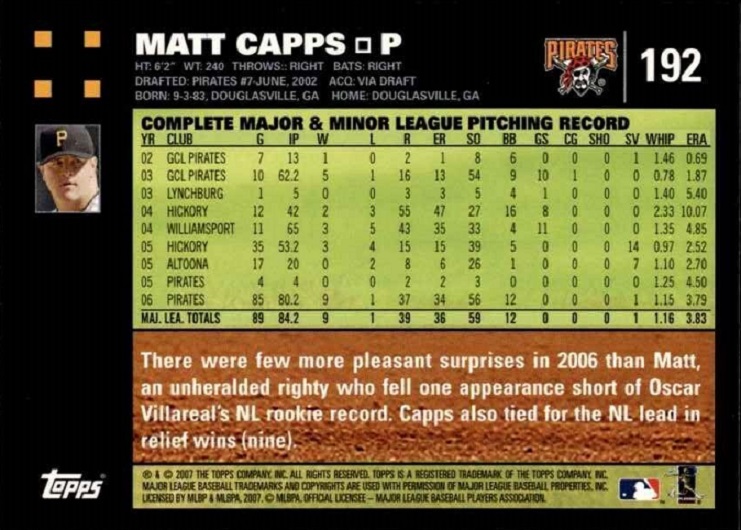 I like when cards include second photos of players, but this one just made me laugh. Why is it so small in an area that clearly has a ton of room for a bigger photo, and oh by the way, it’s just the same photo that’s on the front of the card! Why Topps? Why?

The use of the Pirates logo helps save this card, but I actually like the back, except for the comical picture. They included all of his stats as a pro and that’s always a big plus. I also really like the infield dirt background for the facts under the stats. Luckily they used white letters there instead of dirt colored ones so you can read it.

If you’re interested in this card despite me badmouthing the design like I could do something better (I can’t, I have no computer skills like that), then take the train to the nearest Ebay and plop down $2 for the card to be delivered to you. There are two autographed copies for sale, one for $7 and one for $14. There’s also a gold one for $7, which if I used it here for this article, I couldn’t complain about it being hard to read because the entire border is gold in color and the writing is the same color as the card above. There are also copper, platinum and printing plate versions, all of them tougher to find than the base cards. No prices are available for those because none are listed.