In 1985, Topps teamed up with Woolworth to produced a 44-card set titled All Time Record Holders. It was touted as being a limited edition set, but they are fairly easy to find some 36 years later. One of the cards in that set was Pittsburgh Pirates right fielder Owen “Chief” Wilson, who holds the Major League record with 36 triples in a season. He has held that record since 1912, and it’s probably not going anywhere any time soon. He played in an era of bigger stadiums, so if you drove one into the gap at Forbes Field, you could run for days. Some of those drives would just be home runs now. Wilson reached double digits in triples for six straight seasons, but his 1912 season really stands out. The other five years saw him finish between 12-14 each season. This special card highlighted his one magical season. 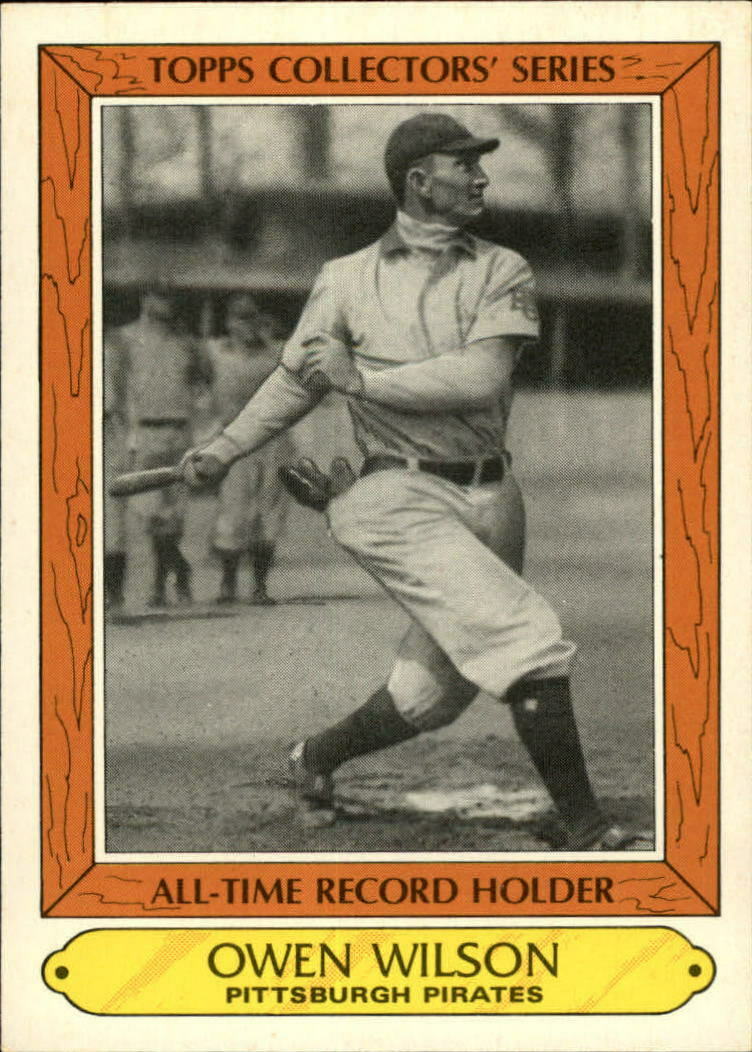 I really like the look of this set. The picture frame design in the border, along with the gold name plate under the photo has a great look. Topps reused this design in 2020 as a 35-year tribute to the set, updating it for some of the records set/broken since the initial set was released. This photo of Wilson is a great one. He’s shown here in the middle of batting practice, during the 1908-09 time frame, and you know that by the iconic PBC interlocking logo that is on his left sleeve, which was only used during those two seasons. One other thing to notice here is that his outfield mitt is placed in his back pocket. That’s something that was obviously a lot easier to do back then when the mitts were smaller. I also like the look of the other Pirates players watching him take batting practice. It adds a nice touch in the background that you don’t get with the posed action photos seen on so many baseball cards.

One of the interesting things here is that if you just saw the card separate from that box set, you would have no idea about the Woolworth connection. In fact, if you’re one of the younger readers here, you might have no idea what Woolworth is/was. It was a retail store that existed from 1879 until 1997, when they switched to online sales. I had to do some reading about the company’s history to find out that it still technically exists under the Footlocker name. While the company lasted just 12 years after this set was released, it was still growing in 1985. 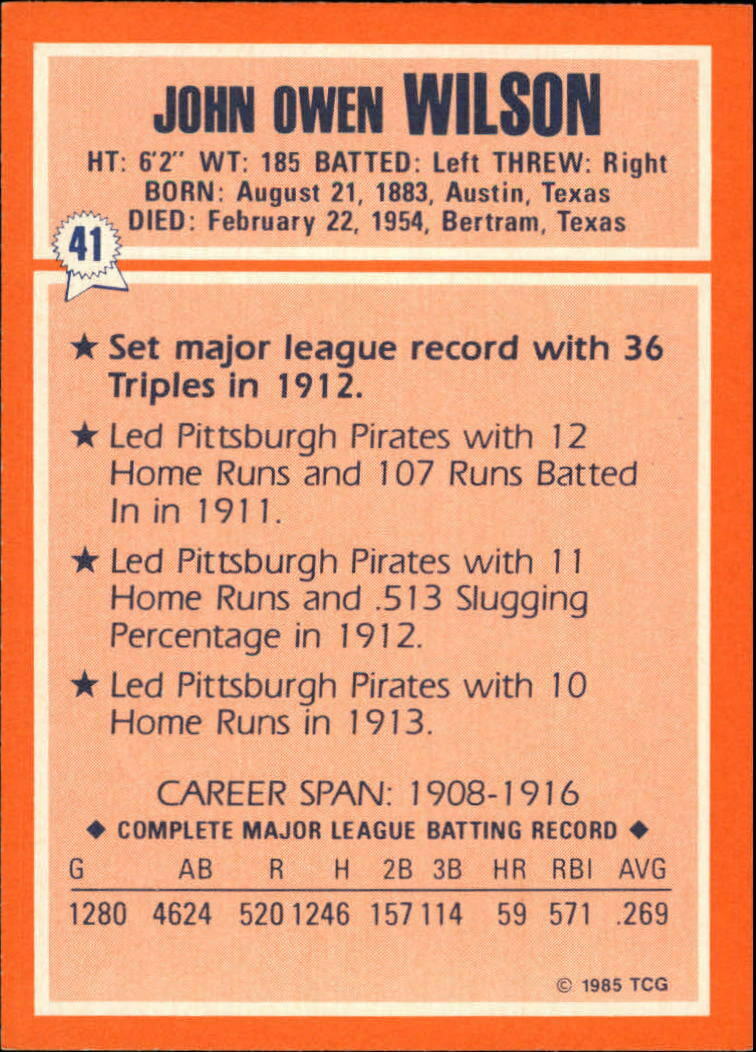 The back tells you all about his career accomplishments, starting with the bold ink that tells you how he got included in this set. Back in this era, the sluggers were the ones who usually ended up with a lot of triples. Wilson wasn’t slow, but you will come across slower guys who hit 20+ triples in a season because they were hitting a dead ball a long way, allowing them to get to third base. So when you see those home run totals above leading the team (10, 11, 12), just realize that he was crushing the ball.

These cards are fairly easy to find, though you might want to go for the entire set. You can get it for under $10 delivered and Wilson is one of the least famous players in the set. Just go through the old list of all-time leaders and those are the names you will find in the set. The only other Pirates player in the set is Lloyd Waner. If you just want the Wilson, then there are plenty of options for around $2 delivered.