Quick story on how I ended up with this particular card for today. I wanted to use a card of Johnny Rawlings, a former Pittsburgh Pirates player, who was a member of the 1925 World Series champs, and who was born on this date in 1892. I couldn’t find a good card of him on the Pirates, so I looked at the rest of today’s This Date in Pittsburgh Pirates History article and saw Hall of Fame shortstop Rabbit Maranville listed for the 1924 Game Rewind from August 17th that year. I checked to see if I’ve featured him here before, only to remember mid-search that I used my own card for a Card of the Day feature for Maranville. So then I just decided to see which years were missing from this series and I started with the 1920’s, since I was already there with my searches. I saw there were no 1923 cards, so I searched “1923 Pirates” on Ebay and the first card that came up was the card you’re about to see. So without further ado, here’s the 1923 W515-2 Rabbit Maranville. 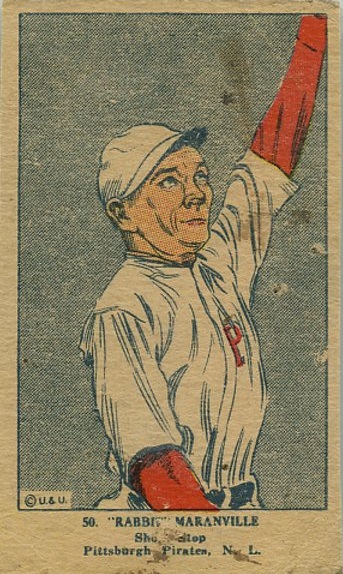 I really had to settle for the scan here and it wasn’t even one from Ebay. As you will see in the price section below, there were examples to choose from, both active and sold, but no great scans. This was a low grade one that sold in an auction a few years back. If you didn’t know by the title, you know now that W515-2 cards were not real photo cards. They came in strips of cards and they are grouped in with cards called strip cards. There were dotted lines to help people separate them and apparently scissors in the 1920’s were duller than listening to me tells stories about how I figured out which card I was using today.

Strip cards were built for speed, as in print as many of them as cheaply and as quickly as you can. The drawings could be downright awful at times. No lie, this is actually one of the better ones out there. There’s a little bit of paper loss/smudges at the bottom, but it says “Rabbit” Maranville, Short Stop, Pittsburgh Pirates, N.L. He was card #50 in the set. There were 120 cards in the set and the first 60 were baseball players.

The artists for these cards were not well versed in uniform colors. This appears to be the 1921 uniform for the Pirates. The “P” on the jersey is supposed to be blue, while the undershirt was white. The jersey had buttons down the front as well. The hat was blue and it had a red “P” on it. Other than that, everything else is correct. It appears to be based off of this photo with the Pirates 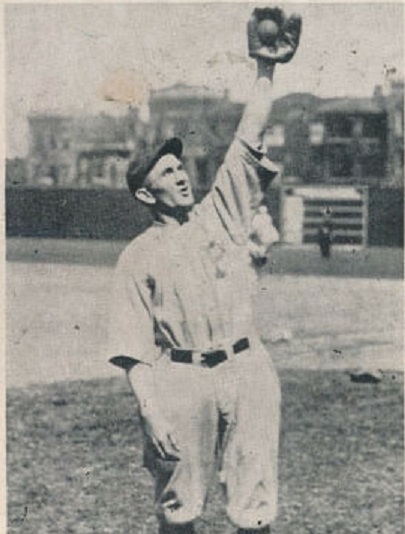 As for the price here, the two active ones on Ebay are selling for $56 for one that’s poorly cut and missing pieces, and another for $150 that isn’t as bad, but still has a miscut. Those are high prices, but the only active auctions right now. There are two closed auctions in the last three months that ended for $16 and $36, and they are in similar shape. There’s also one that I have to mention. It’s so poorly cut that it shows about 40% of the Maranville card and around 40% of the next card on the strip, Hall of Fame pitcher Grover Alexander. It’s a complete mess, but it still sold for $25.