Back on May 31, 1992, the Pittsburgh Pirates turned their ballpark into an old-timers day if you will. They wore 1939 uniforms, as did their counterparts that day, the New York/San Francisco Giants. They switched the name of Three Rivers Stadium to Three Rivers Park for the day, plus they did many 1939 theme events throughout the game. The photographers for Topps just happened to be there that day and snapped the photo used on the 1993 card for Pittsburgh Pirates pitcher Zane Smith. The Pirates traded for Smith on this date in 1990, so he gets to be the subject for today’s Card of the Day. 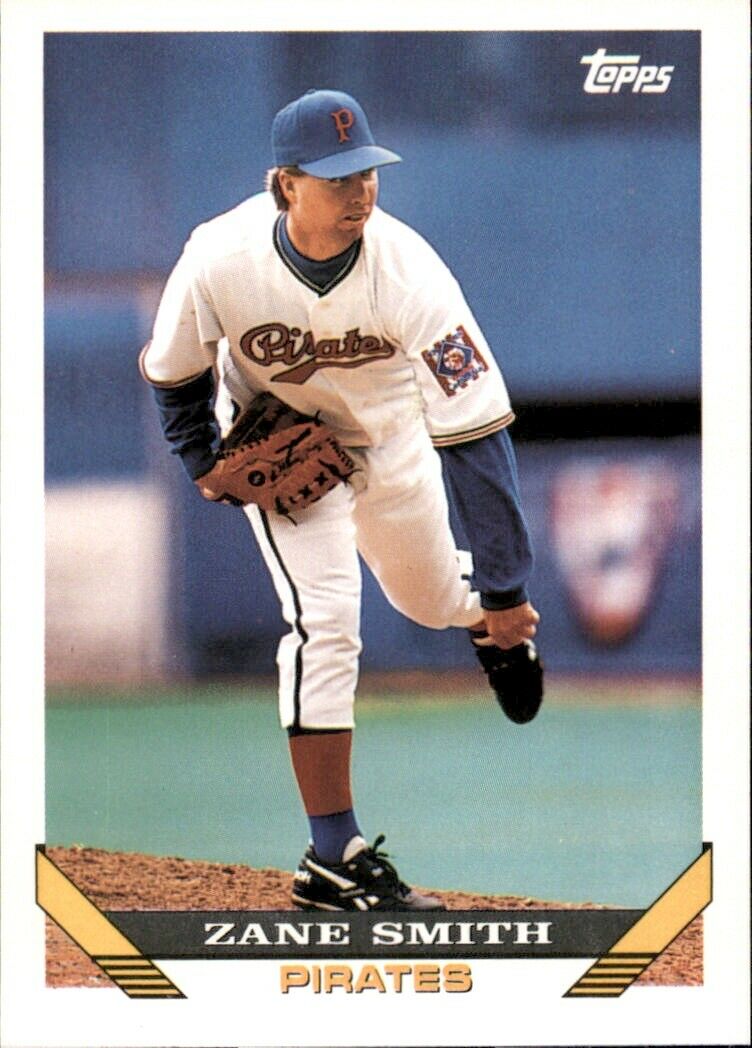 There’s the old school uniform. Even if you don’t know off-hand what years the Pirates used that style/color uniforms, there is one thing that gives away the specific year. In 1939 the league had centennial patches on each uniform, which you can see on Smith’s left sleeve. The short story is that there was a committee formed to figure out the birth date of baseball and their research came up with Abner Doubleday starting the game in 1839 in Cooperstown. He was a famous Civil War hero, so they connected America’s pasttime to an American hero, which made for a good story. We now know that to not be true, but back then Major League Baseball decided to make a big deal over the 100-year anniversary of baseball. I don’t know exactly why the Pirates decided to mark the 153rd anniversary, but they also had other throwback uniforms that year, so it was a bit of a theme throughout the 1992 season.

I will note an odd thing about this card. I have mentioned countless times that I like when the front designs include the team colors, which Topps did here, with the Pirates black and gold used for the player/team name at the bottom. The odd part is how it just doesn’t work as well here for me because of the throwback uniform. Don’t get me wrong, I love the throwback uniform and wish they would use them much more often, but the mismatched color doesn’t have the same eye appeal here. The 1993 Topps design is average in my books. I like the borderless photo (no black box like usual) blending into the white border. The use of team colors is nice, even if it doesn’t work as well on this particular card, but the overall design doesn’t really stand out like some years. Not bad, not great, just good. 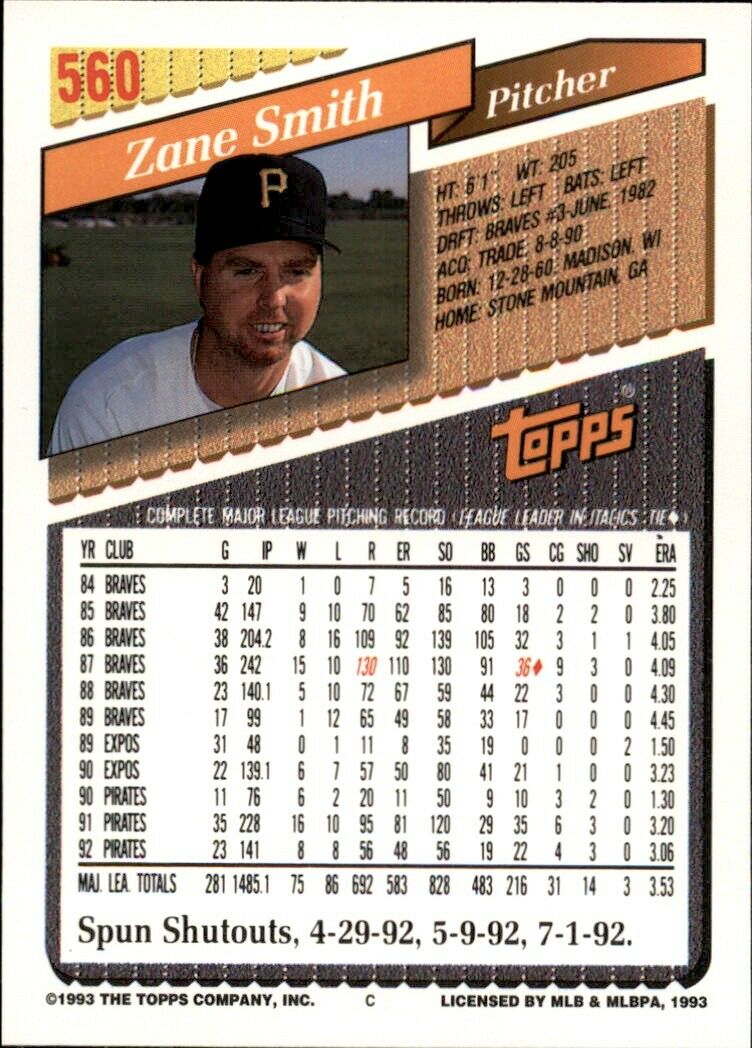 The back has an extra photo of Smith and he’s wearing the regular uniform (well, at least the hat for sure) from the 1992 season. The back has a nicer design than the front, and I like that the stats are black writing on a white background, making them easier to read. There were so many years where Topps didn’t take that into consideration. Smith had nine years and 11 lines of big league stats up to this point, so they didn’t have room for minor league stats. However, Topps decided not to include minor league stats for players this year and they went with more bio information at the bottom if the card featured younger players.

If you’re interested in this card, and you should be considering the jersey shown on the front of the card, then you’ll be happy to know that it can easily be found on Ebay in the $2-$3 range delivered. There are other options though, and I don’t mean more expensive auctions. Topps had gold foil insert cards which are much more difficult to find than the regular base cards, though they’re not extremely rare because Topps printed a ton of cards in 1993. There are 64 regular card auctions currently up and 13 gold foil ones, which can also be found in the $2-$3 range, just not in the numbers of the regular card obviously. Whatever you decide to do, happy collecting!