Today’s Card of the Day comes from a set that I have passed over numerous times already, saying to myself I need to feature a card from that set some day. Today is that day, as we look at an underrated great from Pittsburgh Pirates history, center fielder Ginger Beaumont. This set put out in 2006 by Parody Productions/Hero Decks was titled Pittsburgh Baseball Heroes and they look just like your average deck of playing cards on the back. They even came packaged in the same type of box. There are 54 cards in the set and they featured some great names in Pirates history, dating back from the early years up until players who were active with the team in 2006. Just like a playing deck, 52 of the cards had your standard numbers/symbols, such as the seven of hearts or the four of diamonds. The extra two cards were like joker cards, except they featured managers Danny Murtaugh and Chuck Tanner. One of those players was Ginger Beaumont, who debuted in the majors with the 1899 Pirates and stayed around until a trade after the 1906 season. He was born on this date in 1876. Here’s a look at his card. 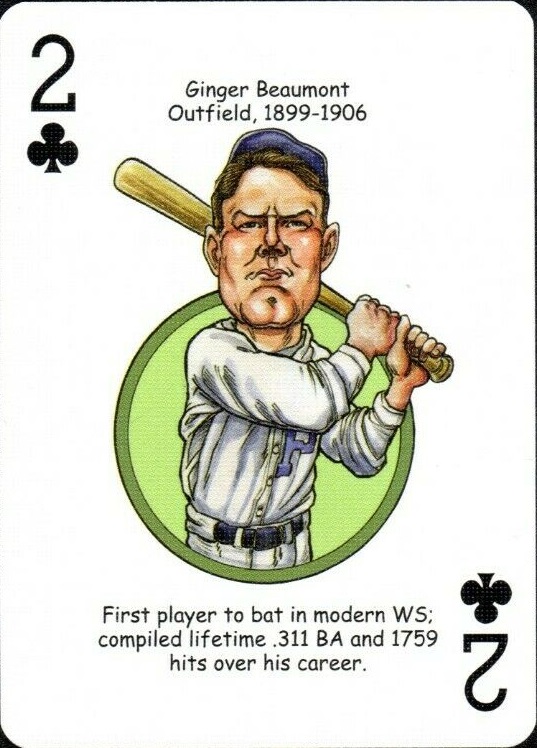 The cards in this set have a caricature that resembles the players, some better than others. I would not have guessed that this is Beaumont if I only had the photo to go on. That’s not even including the fact that the jersey is all wrong for when he played, or the fact that he was a left-handed hitter. Yeah I know that those are two pretty big mistakes, but there aren’t many choices for Beaumont with the Pirates. There weren’t a lot of cards put out during his time in Pittsburgh, so this will have to do for now, plus I just like the idea of the set.

Each card had the player’s name and time with the Pirates up top, along with some quick fun facts at the bottom. While he was a .311 hitter, he batted .321 during his time with the Pirates. He won a batting title in 1902 and led the league in hits for three straight seasons (1902-04). As mentioned, he was the first batter in the modern World Series, meaning 1903 until now. They had a World’s Series in the 1880s-90s for a few years, but those are considered to be exhibition games. Not sure who decided that, but some historians disagree. Anyway, Beaumont batted against the Boston Americans on October 1st and flew out to center field in that first at-bat. 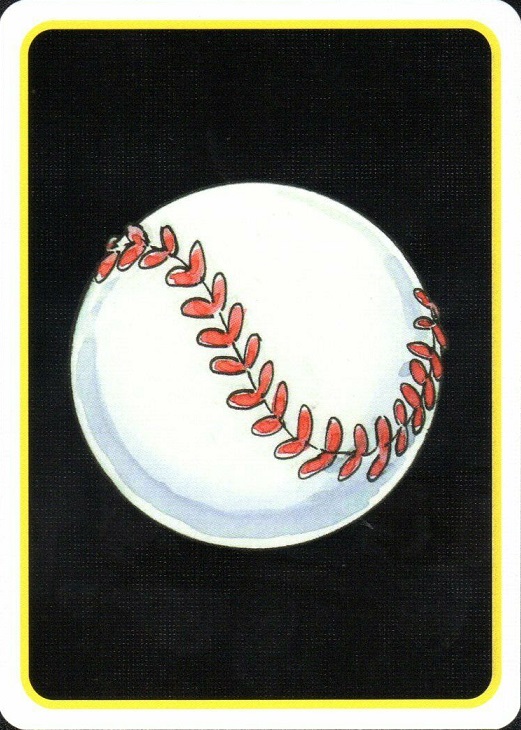 The backs for all of the cards in the set are the same, much like a regular playing deck of cards. It’s a simple design, a drawing of a baseball that is mediocre at best, but 10x better than what I could do. It’s on a black background with a yellow border, no doubt to mimic the Pittsburgh Pirates colors. It’s decent, but the good stuff is all on the other side.

If you’re interesting in this playing card, there are a small handful of sellers with auctions for just Beaumont cards, including one person selling four of them. It’s a common card, 15 years old, featuring a player who debuted in the 1800s, and you can get it for about $3 delivered. A better idea would be to look for the full set. One just recently sold for $5 delivered, but most are for sale around $10. These are not common cards, so I’m guessing that they weren’t printed in large quantity.

John Dreker
Today’s Card of the Day comes from the only former Pittsburgh Pirates player who was born on January 29th. The…

John Dreker
Today’s Card of the Day comes from the 1954 Bowman set and it features Carlos Bernier, outfielder for the 1953…