Today’s Pittsburgh Pirates Card of the Day features Gene Alley on a 1968 Topps All-Star card. Today is Alley’s 81st birthday, so it’s a good day to celebrate the All-Star shortstop, who spent his entire 11-year career with the Pirates. This is the second time that he’s been featured here, which isn’t bad for a series that is now in its 16th month. The first Alley card was his 1964 Topps rookie card, which also had Orlando McFarlane tagging along. This is a solo Alley card and it celebrates the first of his two All-Star appearances during his career. He also won his second Gold Glove in 1967 and he even received mild MVP support that year. In 1968, Topps included The Sporting News All-Star selections and Alley was the National League shortstop. Here’s card #368 from the 1968 set. 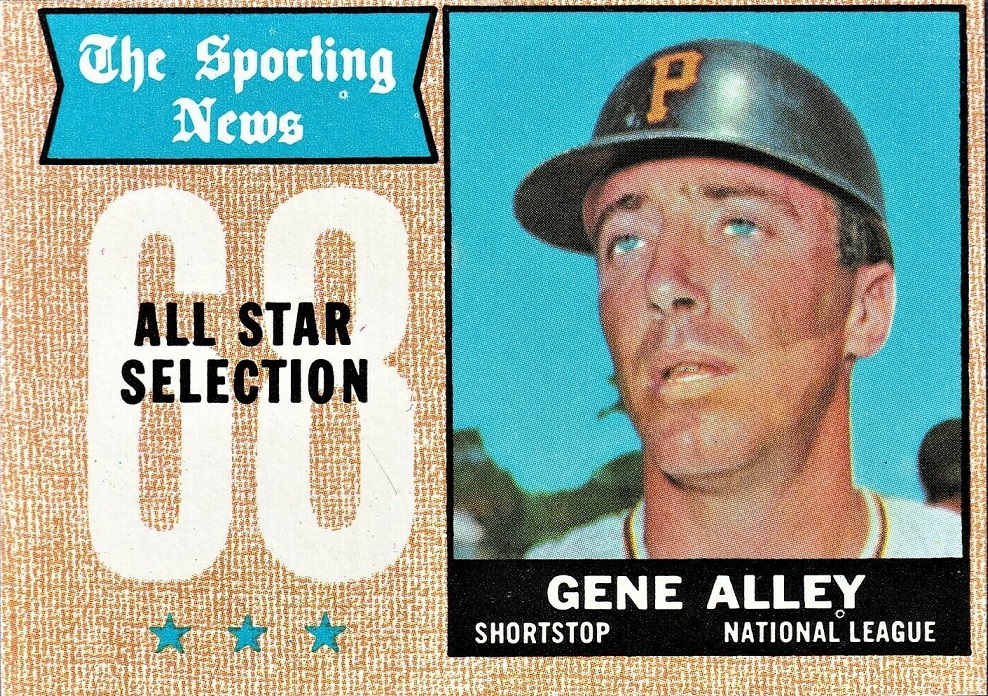 I’m a big fan of the 1968 Topps set. It’s my second favorite from the 60s behind the 1962 set. That background design that you see here is the border design for the normal cards in the set. You can see an example here in our article for Manny Sanguillen’s rookie card. The Sporting News All-Star cards featured a blue banner and blue stars for National League players and red stars and a red banner for American League players. Everything else was the same between the two leagues and all of the players in this subset. This is not the most flattering photo of Alley. He looks like he’s about the pass out from boredom. It’s probably the worst looking All-Star card from the set, though Rod Carew looks like he wants to beat up someone in the distance on his card, so pick your poison. There were 20 All-Star cards and 12 of the players went on to make the Hall of Fame, including Roberto Clemente. 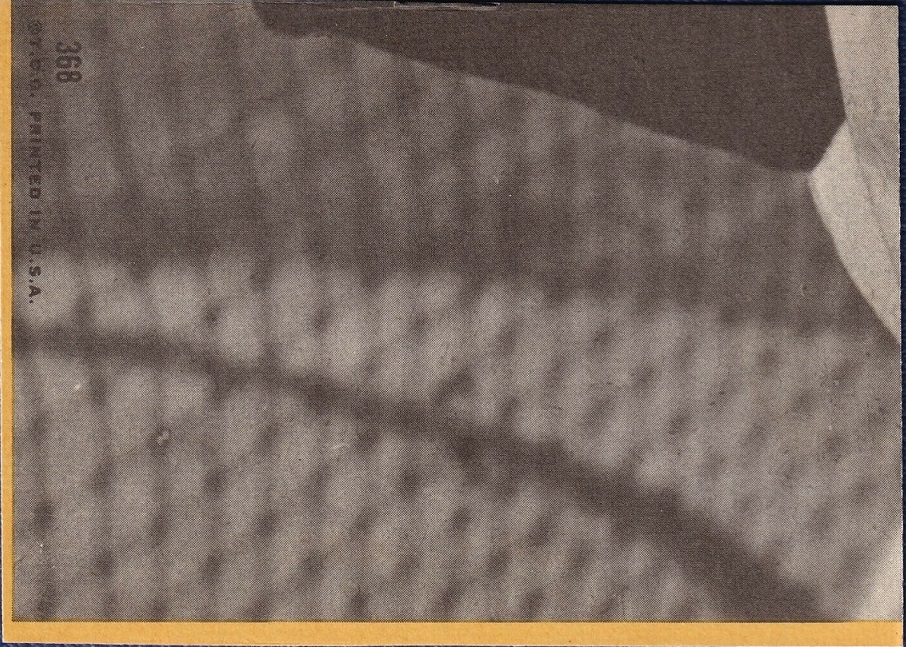 If you had no idea about the back of this card ahead of time, you’re probably wondering what the heck you are looking at right now. The backs of each All-Star card had one square from a ten-piece puzzle and they were either part of one showing Orlando Cepeda or Carl Yastrzemski. Despite the two players being in different leagues and each league having ten players represented in the set (they did each position, plus lefty-righty for the pitchers), the backs didn’t do the obvious. You would expect to find a Cepeda piece on the back of Alley, but that picture is the bottom left corner piece for Yaz.

The 1968 Topps set is extremely popular, which makes it easy to find on Ebay, despite the fact that it is 53 years old. Dealers see their stock change over rapidly with these cards, but the supply still outweighs the demand, and the popularity leads to a lot of these cards being listed. Under active auctions, you can find nearly 400 Alley cards from 1968, though that group includes his regular base card from the Topps set, as well as this card and his Topps Game card, a popular little set that looks like regular playing cards (poker, rummy, go fish, etc). There are only 71 sold listings over the last three months, but that’s actually a lot when not compared directly to the amount listed. The All-Star card in mid-grade typical sells for about $5-$6 delivered. Higher grade ones will sell for more if they are graded. There’s a very interesting completed auction. Someone had one of the four cards graded PSA 10 and on May 18th it sold for $1,263. So if you have a perfect condition one laying around…