Back in January, one of our Card of the Day choices was an impressive offering from the 1935 Goudey 4-in-1 set. They had four Pittsburgh Pirates players on one card and three of them went on to make the Hall of Fame, Lloyd Waner, Paul Waner and Waite Hoyt. The fourth player was Guy Bush, and all he did was win 176 games in the majors. That same set had another card with four Pirates, which you’re about to look at now. 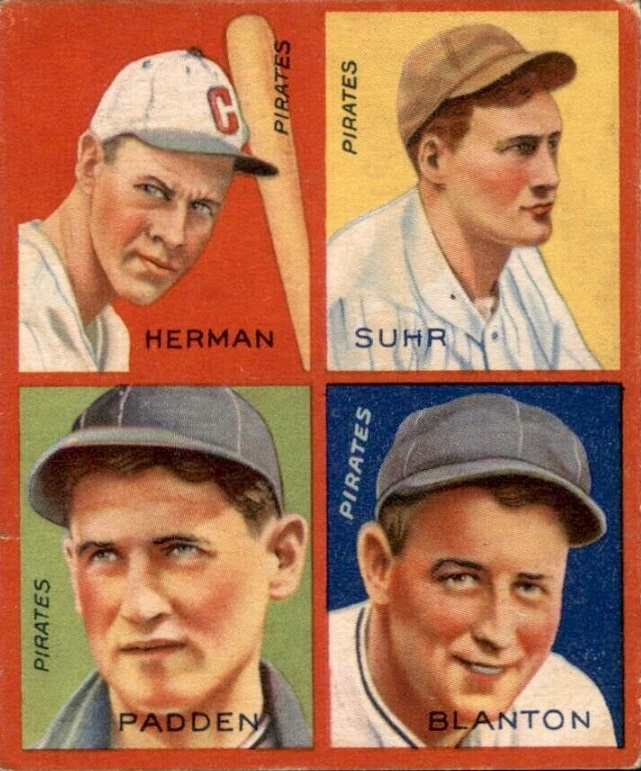 As for the players here, Blanton was just featured on his birthday yesterday in the daily history article, but I wanted to go with the Willie Randolph rookie card first for the Card of the Day article. Blanton won a total of 56 games, winning 11+ games each year, during his first four full seasons in the majors. He was a two-time All-Star.

Suhr is one of the best first basemen in franchise history. He was an All-Star and he piled up three 100+ RBI seasons. He also holds the Pirates consecutive games played streak with 822 games.

Babe Herman wasn’t an All-Star, but his best seasons happened before the All-Star game existed. He’s a career .324 hitter with a .915 OPS, which ranks 56th all-time. His stay with the Pirates was extremely brief. It actually last six months, but it only took two months of the 1935 season before he was sold to the Cincinnati Reds.

You have three quality players here and then Padden played 399 games of seven seasons in the majors. Herman would have been an All-Star I’m sure if the All-Star game came along earlier. Suhr and Blanton were both All-Stars. 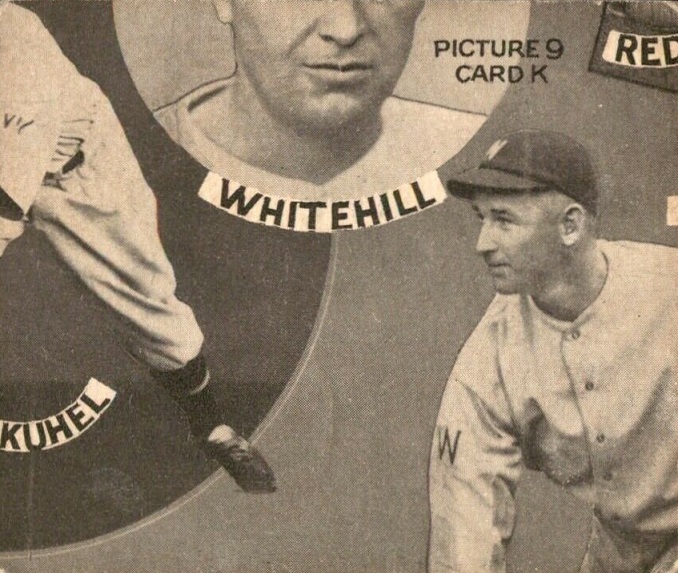 This particular set only included 36 cards, however, collecting just those 36 cards wouldn’t allow you to complete all of the puzzles on the backs. There were nine different puzzles, all bigger than four pieces each, which a little simple math will tell you that 36 card fronts couldn’t possibly complete all of the puzzles, even if your cards all had different backs. It was a sneaky way of keeping people collecting after they finished the complete front set.

The previously featured 1935 Goudey card is a pricey one due to having three Hall of Famers. This particular one isn’t cheap or easy to find, but you can get a decent looking one for $45 on Ebay. There are two sales in the last three months. A PSA 1, which was well loved over the years, sold for $32 delivered. A PSA 4, which looked much nicer, went for $57. Both of those were straight auctions, while all seven of the available ones now are Buy it Now auctions and some of those are highly overpriced.