Yesterday was the birthday of Jerry Reuss, but we already had a second history article scheduled for the day, so his Card of the Day feature got pushed back to today. Every time this happens, I mentioned it, but it needs to be repeated. I can’t believe that 15 months into this series I can still find someone as good as Jerry Reuss, who hasn’t been featured here yet. We are getting his first Card of the Day article out of the way today (finally!) with his 1978 Topps card. Whenever someone new is featured here, I have all of their cards to choose from. This particular card caught my eye quickly and I stopped looking. It’s the uniform. It really stood out. Here’s today’s Card of the Day, #255 in the 1978 Topps set. 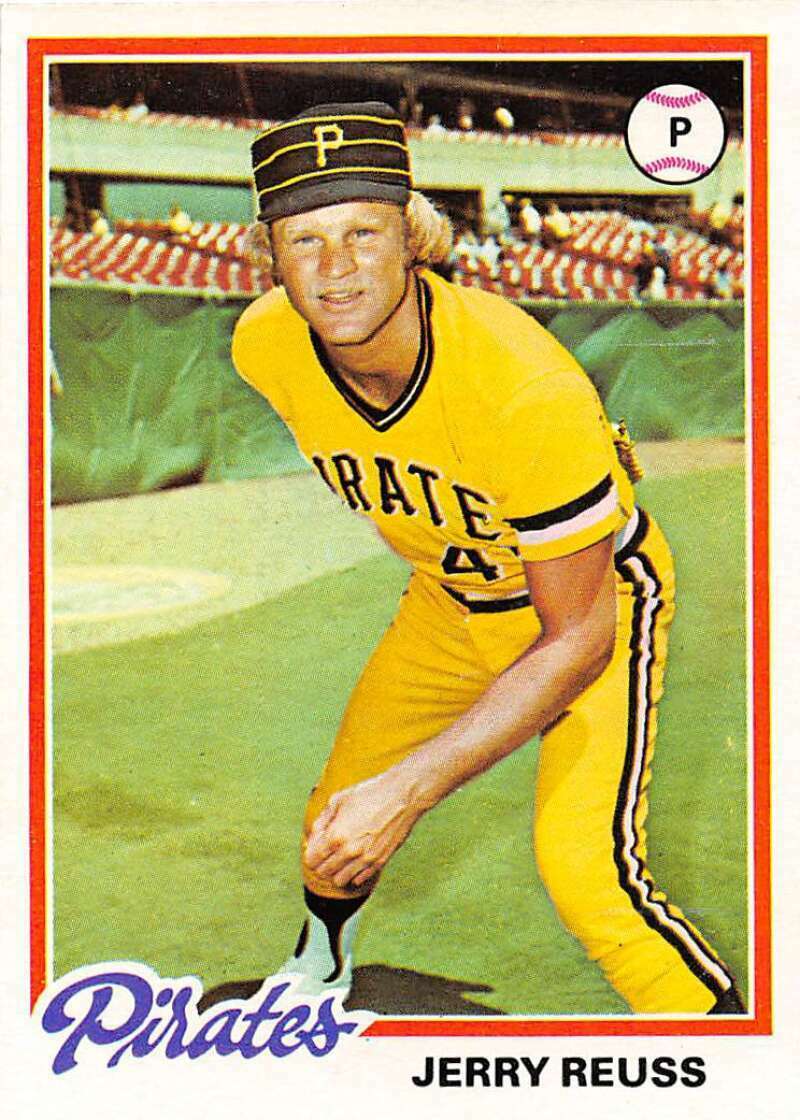 The 1978 Topps set is one of my least favorite offerings from the company. It’s a plain design, the colors don’t match up to the team color of the Pirates, and the position in a baseball is ultra unimaginative. HOWEVER, and it’s a big however, the Pirates cards have some great looking uniforms, including warmup jackets that really look great….as in throwback great, not something that would look good now if it didn’t exist before. It’s a really 1970’s look.

This Reuss card has the full gold uniform selection from the mix-and-match era, to go along with the greatest cap ever, the black pillbox. It doesn’t even matter that they went with a staged action photo here back when the idea of getting action photos for the set was still relatively new. 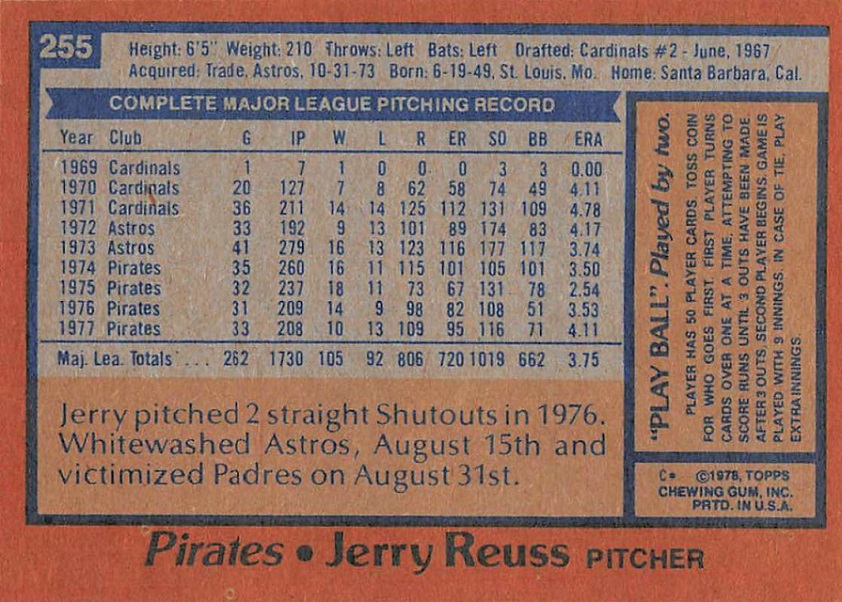 The back of this card is plain looking too, which makes the set even more boring to me, but this is a very interesting example from the 1978 set for one reason. We have had the 1978 Topps set featured here a few times and the box on the right side has always had a game situation, such as a single, out, walk, etc. The backs of Reuss cards all had the rules of the games so people knew what they were doing. They didn’t know exactly what to do until they got one of these particular backs, but he wasn’t the only player in the set with this back.

This card was released still fairly early in his career, which lasted 22 seasons in the majors. He wasn’t even halfway to his career win total at that point. Reuss had just two seasons left with the Pirates, but they were very far apart and neither amounted to much. He was there during the 1978 season and he pitched just 82.2 innings, then returned to the club in 1990 as a free agent signing and ended up pitching four times in September.

If you’re interested in this card then you’ll be happy to know that Ebay is flooded with them. There are currently 86 auctions for it active (as of this writing) and you can even find some than are under $2 delivered. There aren’t any graded examples active, but two PSA 9’s have sold in the last three months, with one going for $30 delivered and the other was only $16. There are some autographed versions for around $10 (and higher) and Reuss has one of the better signatures you will see in baseball.