Kevin Young played first base for the Pittsburgh Pirates from 1992 through 1995, then again from 1997 through 2003. He is with the Pirates still to this day, serving as a special assistant in the front office and he’s part of the broadcast team, serving his first year in that role in 2021. Young also turns 52 years old today, so it’s a good day to feature him here for the first time. I’m still surprised that I’ve been doing this for 15 months and I’ve missed some key players…remember yesterday’s article and the recent reference in that article? This is also another first. I haven’t featured a card from 1995 here yet. That’s the main reason I picked this 1995 Donruss card to highlight today, though I still had to narrow it down from some other cards released that year. 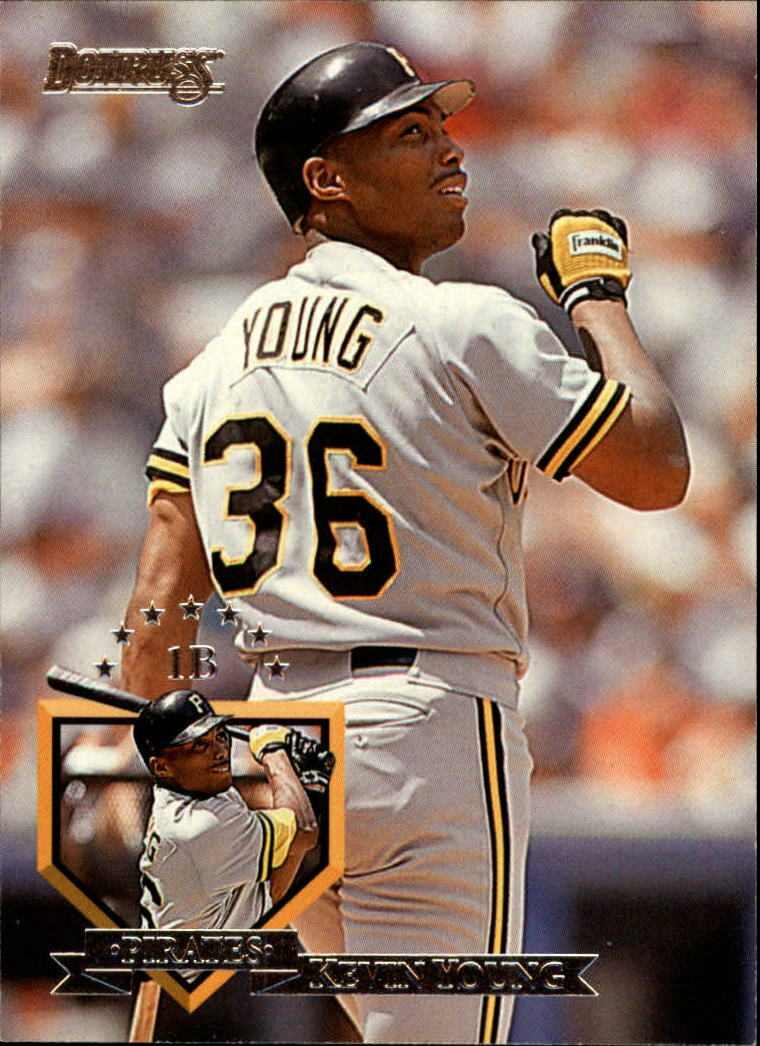 I like that the front here has two nice action shots of Young, that at first glance look like they were possibly taken seconds apart, until you see the background/undershirt differences. Donruss went with a borderless design, which became popular around this time and I’m a fan of that look. I like the home plate frame for the smaller photo. You know there is a dislike coming up, I always let those be known. I’m not a fan of the name in gold foil. It’s a bit hard to read here with the big scans, but it’s much tougher to read in person. It’s just raised letters, nothing more. Look at the Donruss logo up top, remember that it’s smaller in person as well. Would you be able to tell that said Donruss if you didn’t know the card company name ahead of time? Probably not. Overall it’s a good front, I’ve just never been a fan of the gold foil idea for those reasons. 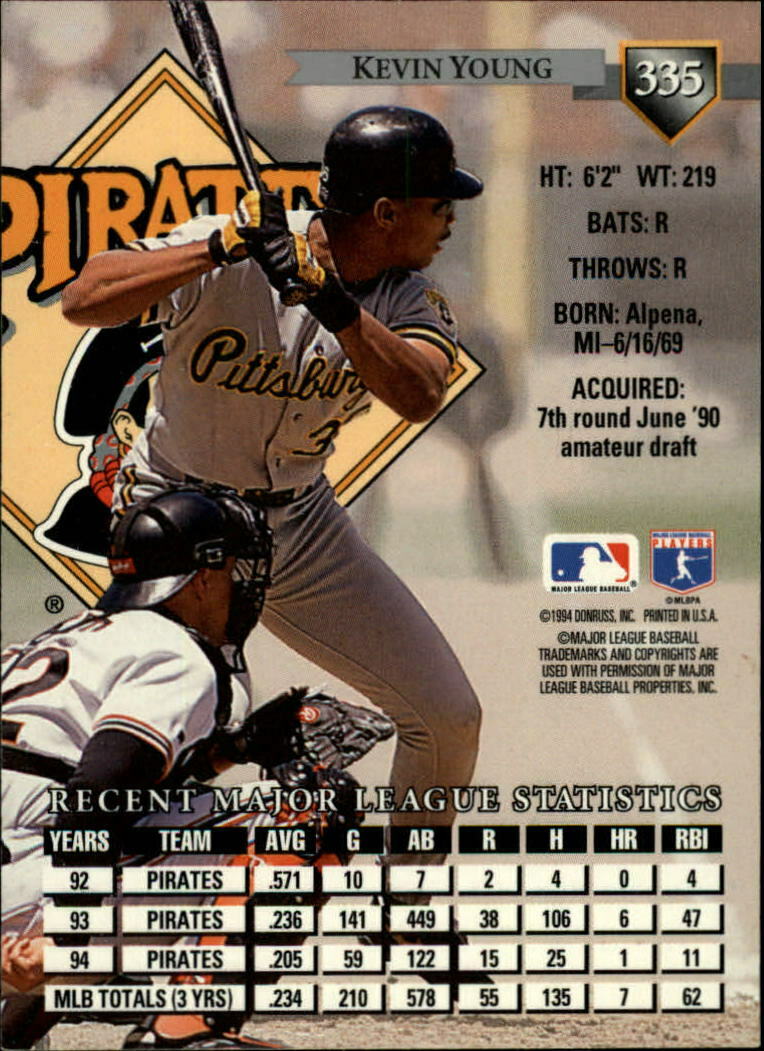 The back adds a great action photo, both Young and the catcher, as they both stand out in front of a blurry background for effect. The back could be better and I think you know one reason why I say that already, especially the regular readers. I hand out bonus points like Halloween candy whenever the cards include the team logo. It’s never not added to the visual grade of a card…until right now. Why would you do that with such a great logo? Just move Young forward a little, move the logo up a little, boom, everything works out great! If they did that, then maybe I would overlook the stats section only having three years and seven categories. At least those are his entire big league stats, which you wouldn’t know for sure with the inclusion of the word “recent” at the top. Most cards would include some minor league stats for players this early in their career. I’m okay with that, but they got rid of a bunch of statistical categories here too. This card started off so well with the great photo, but that logo cover up breaks my card collecting heart.

My overall front/back grade is probably a B-. They won my heart with including three quality photos, but don’t mess with the Pirates logo!

This is a common card, though not easy to find on Ebay, relatively speaking. You will have no trouble finding it if you have any computer skills whatsoever, but I’m talking about the available number of them. There are only six of these being sold on Ebay right now and every one of those sellers has a higher shipping cost than card cost. That being said, then the low one selling for $2.68 won’t bother you if you really want the card. Whatever you do, happy collecting!