One of today’s two birthdays for former Pittsburgh Pirates gave me a chance to include another set here for the first time. This is the first appearance in this feature for Joe Orsulak, outfielder for the 1983-86 Pirates. It’s also the first time that we have included the 1986 Fleer set. I actually tried to use another first-time set, but couldn’t find good scans for the Orsulak card, so maybe it will be here soon for someone else (I know I didn’t mention which set, I’m purposely being secretive for no good reason). Orsulak has about 15 or so cards from his time with the Pirates, mostly in the regular issue sets from Topps, Fleer and Donruss. 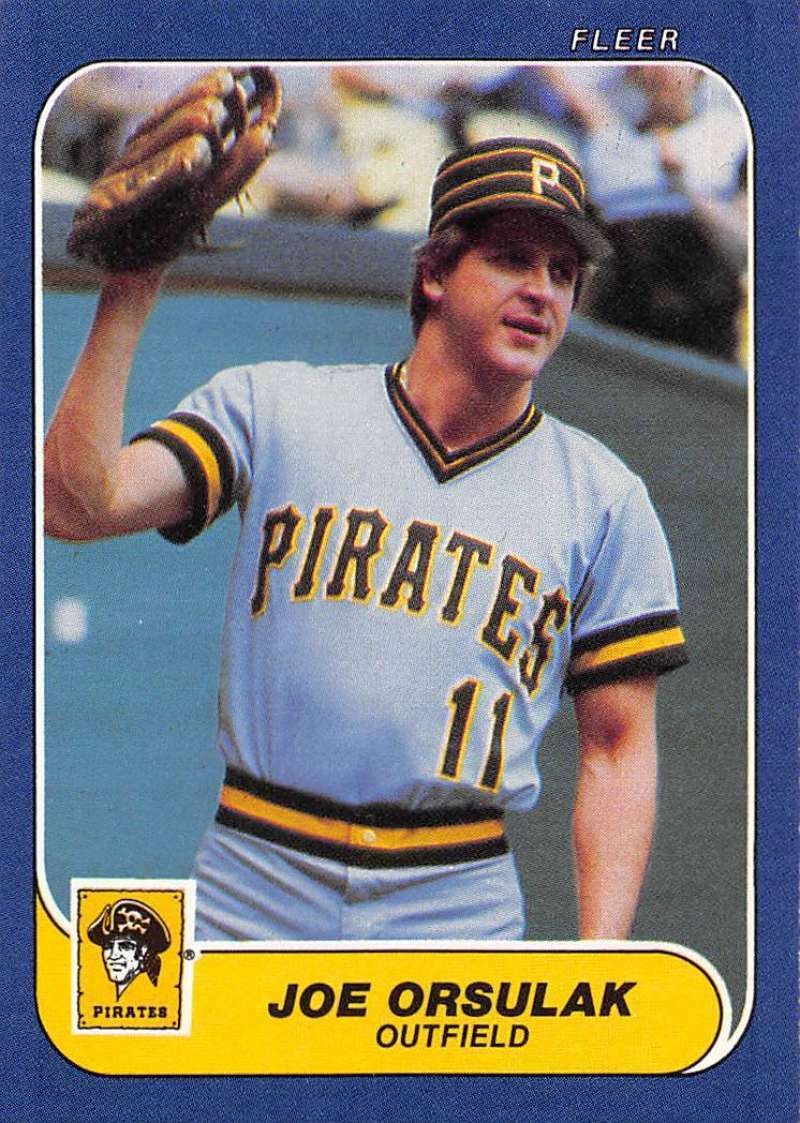 This set design is an average offering from Fleer. The blue borders were also used by Donruss for the first time that year, so that was likely an unintended coincidence.  I’ve mentioned it many times, but since this is the first time using this set I’ll say it again. I like when cards used the team colors in the front design. I also like when the Pirates logo ended up on the card. Fleer did both of those things this year and in my opinion, it really helps the look of the card. We all know that the Pirates have the best team colors in the set, so it works great here. Where it didn’t work well is for teams that used blue in their jerseys and logos. The Twins, Yankees, Braves and Dodgers all have so much blue on the fronts of these cards. 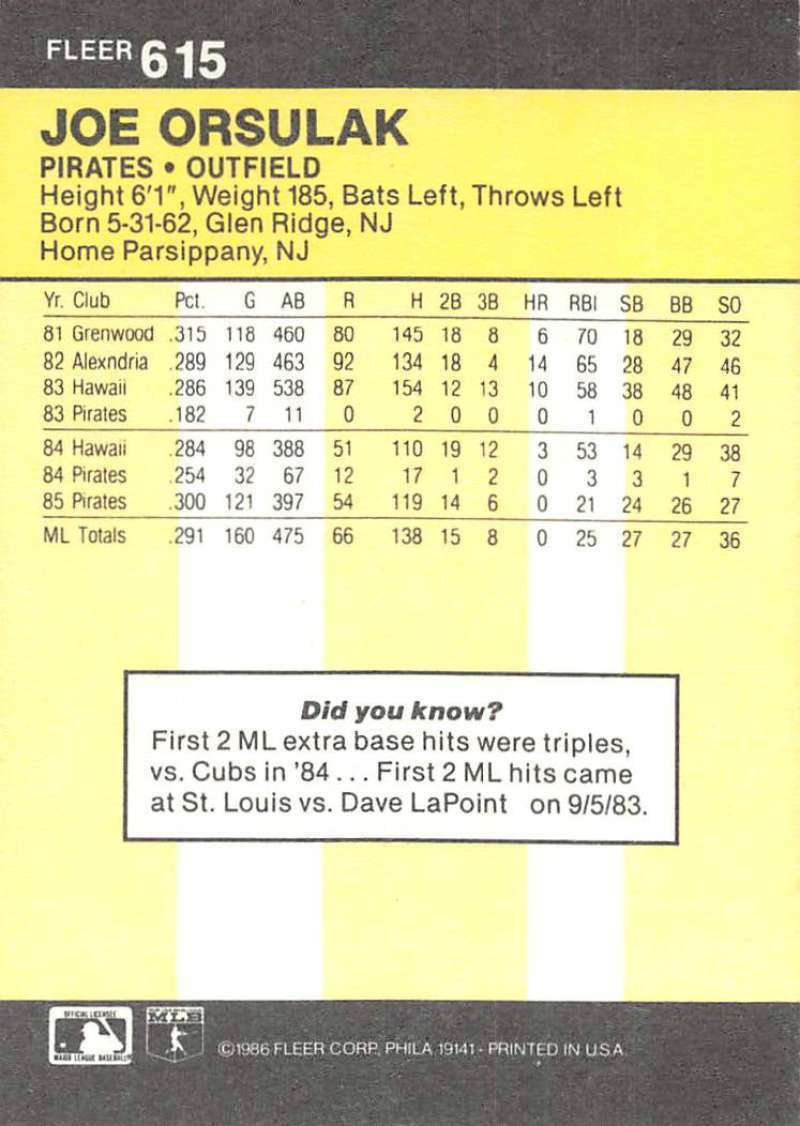 The back has his complete lifetime stats in pro ball, which is always a plus. The fact that he had a short career up to that point left a lot of room at the bottom, which was partially filled by some “Did you know?” fun facts. If a player had a long career at that point, say someone like Pete Rose, then the Did you know box wasn’t there.

If you have collected cards from this era, you know that Fleer was very consistent with one aspect. All of the backs from 1983-1990 are very similar. The had those vertical strips in two colors for the background behind stats, just changing up the second color to go along with white stripes. I guess that’s what makes the 1982 and 1991 backs really stand out from the others. They stuck with what worked for eight years, then something new was a big change, though the 1991 set still had stripes, it just also added a lot more to it with a big picture of the player and more color.

This is a common card with numerous options on Ebay and you can get one for as little as $1 delivered, with many options in that price range. I’ll mention that this is a fairly common card to find autographed and those can be bought for as little as $6, which is a nice price if you’re into autographs. I’ll also note that the team set can be bought in the $6-$8 range and you get 24 cards. Not the best selection of players, remember that the 1985 team lost over 100 games and these players were on that team, but you do have guys like Tony Pena, Johnny Ray, Rick Rhoden, Don Robinson, Larry McWilliams, Jason Thompson and others.