Today’s Card of the Day features Charlie Hayes, who played third base for the 1996 Pittsburgh Pirates. As most of you already know, he’s the father of current Pirates third baseman Ke’Bryan Hayes. The elder Hayes wasn’t with the Pirates for the full 1996 season. In late August he was traded to the New York Yankees, which worked out well when he was there to catch the final out of the World Series. Hayes has a surprising amount of cards available showing him on the Pirates. A few years earlier and he might not have had any, depending on the cutoff for the Update/Traded sets. He signed with the Pirates at the end of December in 1995 and most sets just a handful of years earlier were either out by then already or at least past the stage of setting up/making changes to cards. The baseball card boom led to later releases throughout the year and Hayes ended up with at least 13 different cards showing him on the Pirates according to my count while scrolling through Ebay. I picked this particular 1996 Leaf Signature card because it caught my eye and it’s from a set that we haven’t featured yet. 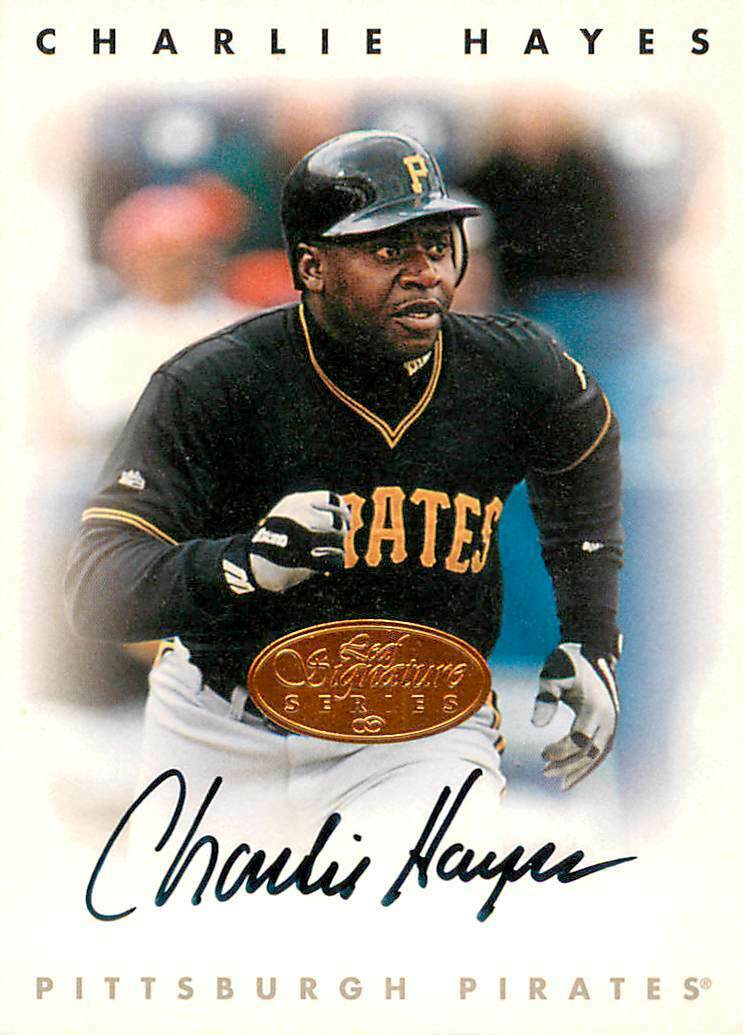 This card is the bronze version of the autograph series. They also made a gold and silver version, and the difference was just the color of that seal in the middle and how many they made of each. The bronze version had 3,500 copies, silver had 1,000 and gold had 500 copies. I thought it sounded awfully high having a player sign 5,000 cards at one time for a set, so I went right to the source and Mr Hayes confirmed that he did indeed sign 5,000 of these cards. The best part about that is that all of the autographs I’ve seen on Ebay are high quality, where he took his time and it’s easy to read. You know who signed that card just by looking at the name, which you can’t say for many player autographs that you see now.

I like the look of this front, and how they left a section at the bottom white for the autographs. Funny note behind that, not every player signed in that section, so some cards have an autograph on the photo and a that area at the bottom stands out as a large blank spot. 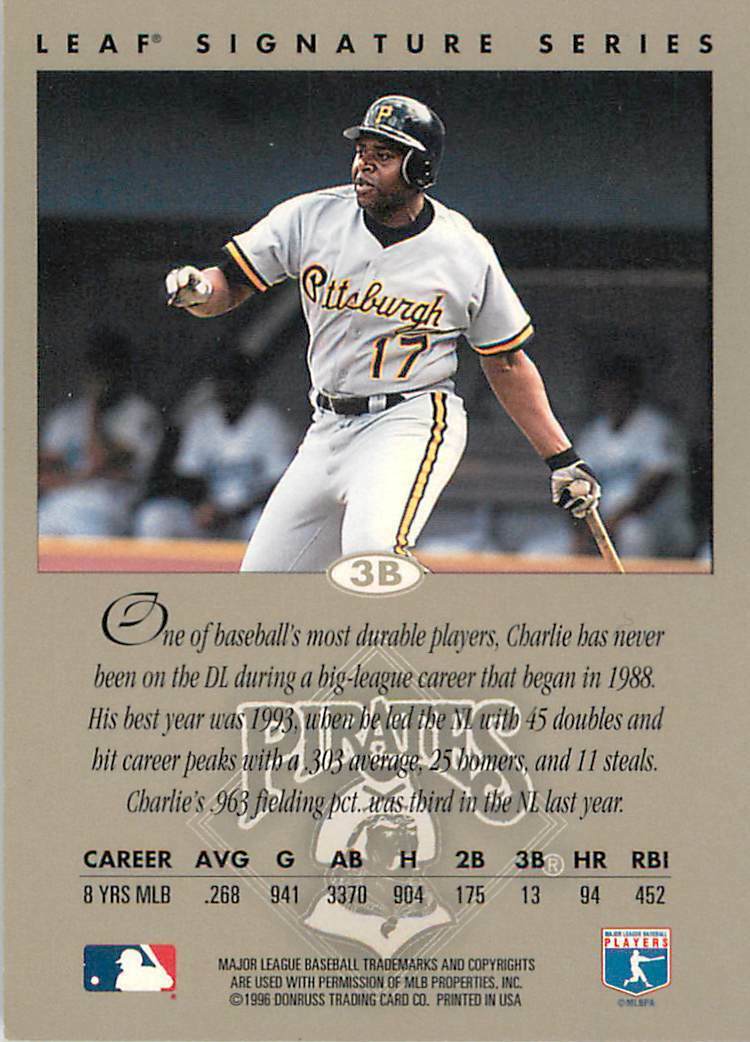 The back on this card went very light on stats. Most companies at the minimum included the last year of stats to go along with the career stats. This just has career stats and it only has eight categories. That’s okay because the mini bio adds some more statistical background, including a fielding stat. The best part here is that they added a second photo and it’s a nice action shot. So not only do you get two action shots of Hayes here, he’s wearing two completely different uniforms from that season.

I love their use of the Pirates logo on this back. While it does make the bio section a little harder to read (remember that the actual card in hand wouldn’t look as big as this scan), it’s a different variation on including that great logo from the recent past.

There are 14 of these available on Ebay right now and you can get all three versions, though only a few silver ones are listed and just one gold. The cheapest one out there now is $6.50 for a silver. The most expensive is $28 for a bronze, though the second most expensive is $14.99 and it has a make offer, so that $6.50 to $14ish range is what you should be looking to spend here.