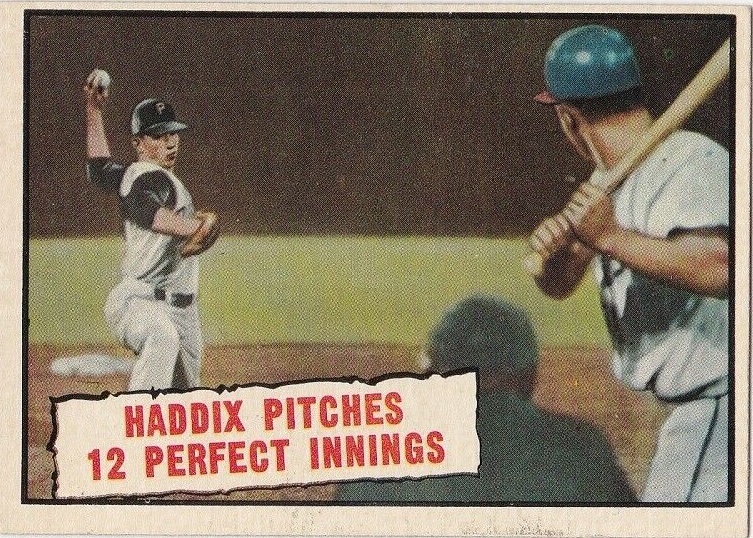 This card has a plain design, white borders, black borders around the photo. It’s a bit different from the regular cards from the set, which also had the white/black borders, but they added color in the bottom of the photo with boxes for the player names, position and teams, using multiple colors that were different throughout the set. For example, Clemente’s card had a yellow box, with his name in red and position in black, while the team box was green with Pittsburgh Pirates written in yellow. Just from a look at this card (assuming you didn’t already know it was from the 1961 set), you would have a tough time telling what set it is from. The interesting back is that the back doesn’t give it away exactly either, as you can’t find a printing year or the word “Topps” anywhere on the card.

Back in 1961, Topps didn’t do any action shots in their sets. Any real photos were staged, some to look like action was going on. If you’ve seen the popular 1956 set, they used action shots as the background for the players photo, but those were all done by an artist. This here is clearly an artist photo as well, but it is based off an actual photo taken at the game that day. Here is that original photo: 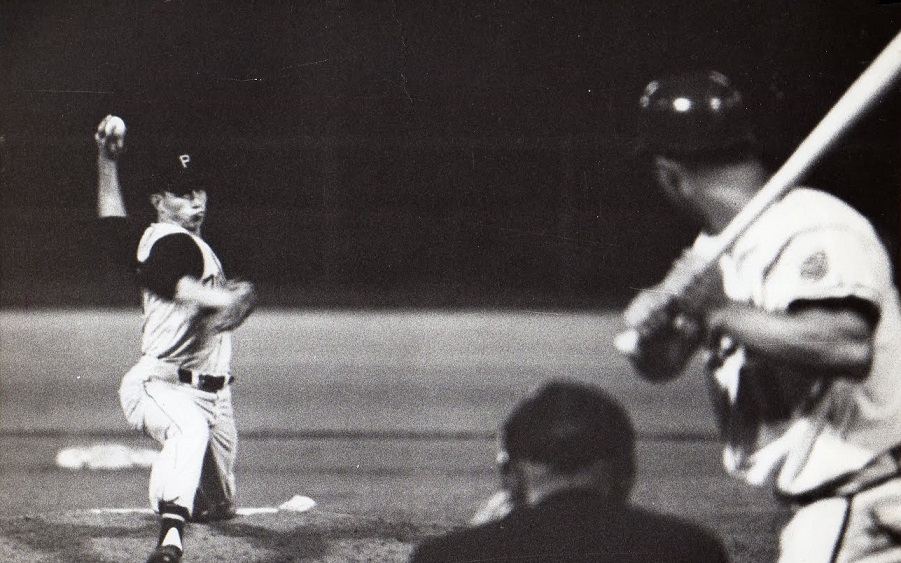 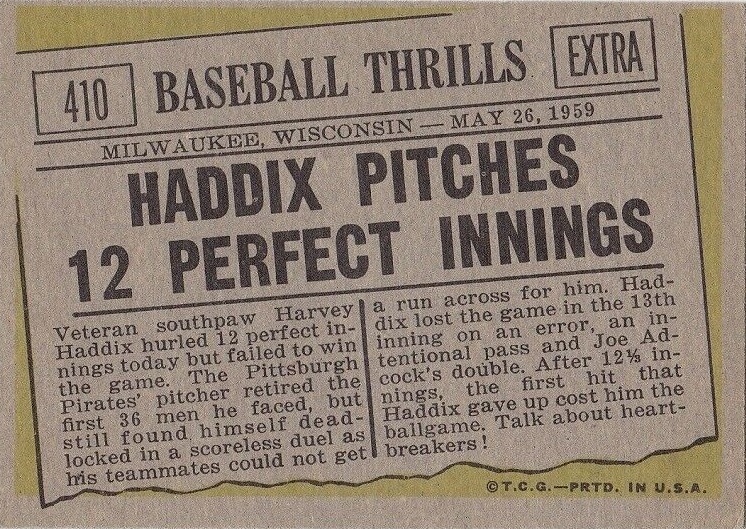 The back was set up like a headline in a newspaper called the Baseball Thrills, which was printed in Milwaukee I guess. They also must have printed newspapers late that night because the date on the paper is also the date in which he pitched that masterpiece. It’s interesting that the local paper didn’t go into detail about the Adcock double. As most of you know, he actually hit the ball over the fence, but Hank Aaron was on base ahead of him and didn’t run because he thought the ball didn’t go over the fence. Adcock lost a three-run homer and got a double with one RBI instead. Regardless, Haddix wouldn’t have felt any worse if it was 3-0 or 1-0 I’m sure. As the bottom of the Baseball Thrills report said, it was a heartbreaker.

I mentioned up top about “Topps” not being on this card anywhere. The TCG at the bottom stood for their name at the time, Topps Chewing Gum

This card is relatively easy to find on Ebay and it’s not a card that is highly traded/sold. I found five completed auctions in the last three months. Nice condition examples ungraded go for about $8-$10 each, but you can get acceptable condition cards for a little cheaper. There are two PSA 8 cards for sale for just over $40 delivered. At the time of this writing, there were 66 auctions for this card, so you have plenty of choices to fit your price range.