Today we have a special guest article from long time Pittsburgh Pirates fan Tom Robinson. He shows off his 1958 Topps Roberto Clemente cards and tells the story of how he became a fan of the Pirates, as well as the story of how he started collecting Clemente cards. Here are his two examples from the 1958 Topps set, which he will tell you about below. Notice the variation in the team name at the bottom of each card. That is expanded on in the article. Enjoy. 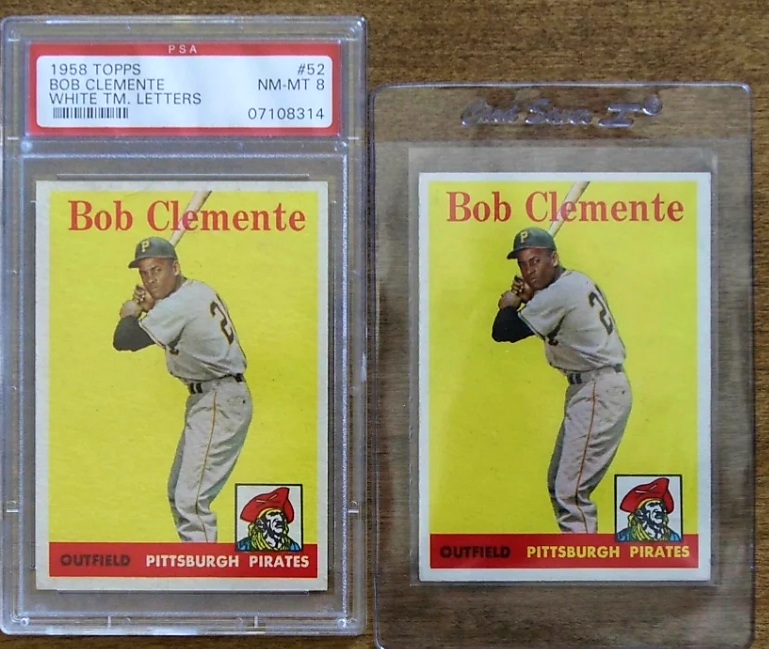 Often I am asked why a guy who grew up in rural Kingsport, TN is a Pittsburgh Pirates fan. It’s pretty simple. Kingsport had an Appalachian League minor-league affiliation with the parent club, the Pittsburgh Pirates, where Steve Blass started his Pirate career as a Kingsport Pirate in 1960. As a seven-year-old in 1971 while Blass and Clemente were winning the World Series, my Little League “Pirates” were winning a city championship, lifting a trophy ourselves in the “no participation trophies” era, and hearing the words of a coach who said, “Steve Blass started here in Kingsport.” Fast forward to New Years’ Eve 1972 and that now eight-year-old boy learns his baseball hero, Roberto Clemente, had gone down in a plane crash delivering relief supplies to earthquake victims in Nicaragua. Grief can hit you in different ways; I guess for me it came in the collecting of baseball cards of one gone too soon. Even to this day, the cardboard images connect me to the game of past (Sanguillen) and present (Hayes).

I was very fortunate to have a great neighbor, Arthur Bradley, who also collected. Arthur’s man was Hank Aaron, so like him, I started a pursuit of the full run of Clemente cards. As fate would have it, I was fortunate to meet Vera and the Clemente sons in 2018 while attending Roberto Clemente Day (see photo at the bottom of the page). One minute with Vera and you realized she was a “Great One” too.

My Clemente collection is anchored by three 1955 Clemente rookie cards; however, the toughest nut for me to crack was the odd 1958 where the team names were printed in both yellow and white for cards numbered between 1 and 110. Interestingly, Topps anglicized Roberto to “Bob Clemente” between 1957 and 1969 after leaving his correct name as Roberto in the Holy Grail 55 rookie and 56 second year. “Bob” was a name that irked the proud Clemente, and I am sure in our modern-day he would have been Roberto from start to finish of his career.

My 1958 White Letter is a PSA 8, a rare gem with only 37 examples of this card graded higher. The Yellow Letter Team Name is equal in condition to the White Letter 58. However, I may keep it ungraded because it reminds me of the pre-monetization era of baseball cards, where that stick of bubble gum in Topps packs was equal to the “golden ticket” for Charlie in Willy Wonka. I have to say I enjoyed the “ungraded era” of baseball cards, as opening a 50-cent pack and having a Clemente or Aaron did not mean you were holding something of monetary value, but intrinsic value.

My working-class neighborhood where I grew up in Kingsport is still home to Dave Hillman, the oldest living New York Met. Dave owned a clothing store in Kingsport after his playing days to earn a living for himself and his wife Imogene. In today’s era, Dave would live in a gated community with a fifteen-foot fence. However, in the ungraded baseball cards, brushback pitches to guys who “dug in,” ballparks were cathedrals era – Dave was just a neighbor, a guy you’d see at church or on your way home from school. This brings me full circle back to my 1958 Topps Clementes. Fourteen years after 1958, this man who served in the United States Marine Corps in the off-season, who lived by the mantra, “If you have a chance to make a difference for others and fail to do so, you are wasting your time on this earth” would see his life end too soon.

This man, Roberto – not “Bob,” on the humble 1958, poignantly holding a Louisville Slugger and at the early stages of a brilliant career, some 14 years later made the decision to serve others and in doing so lost his own life, but left a legacy imprinted on cardboard and in the hearts of the legion of Clemente fans, including a kid from rural Appalachia, Kingsport, Tennessee. Thanks, Roberto! Thanks… 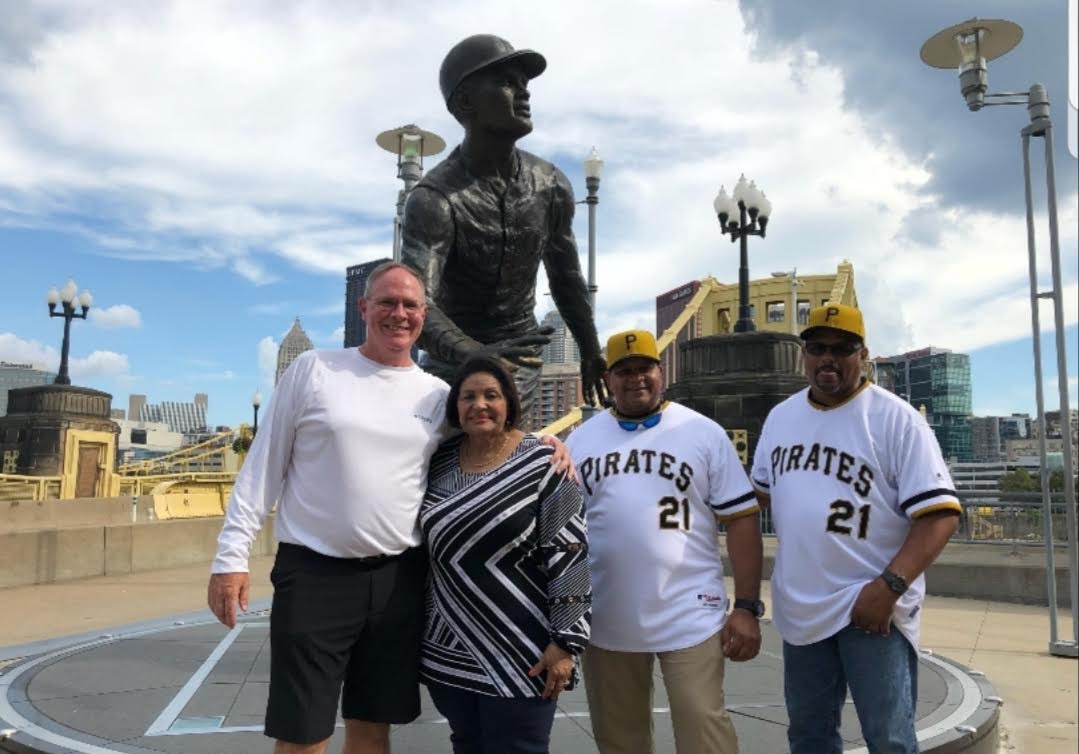 1 May 2021
Card of the Day, Clemente Corner
Featured, Roberto Clemente