Today’s Card of the Day has a special appearance by a Pittsburgh Pirates legend. Kip Wells is not that legend, but he did spend a significant amount of time with the Pirates, joining them in a trade in December of 2001, then sticking around until the 2006 trade deadline. He was also born on this date in 1977. The birthday always helps someone get featured here, especially if they were around for as long as Wells was in Pittsburgh. Since he hasn’t been features in this series before, I had all of his cards to choose from, and there were a lot made that picture him with the Pirates. My choice here actually changed twice as I scrolled through Ebay looking for the perfect card. The first two choices were throwback designs to sets from the 1950’s-60’s. My mind was changed when I saw his 2004 Upper Deck card because of the addition player on the front. Unknowingly, the scan I picked to use for this article was from a second set put out by Upper Deck that year. You would think it would be hard to confuse two different sets, even by the same manufacturer, but Upper Deck made it fairly easy to do in 2004. 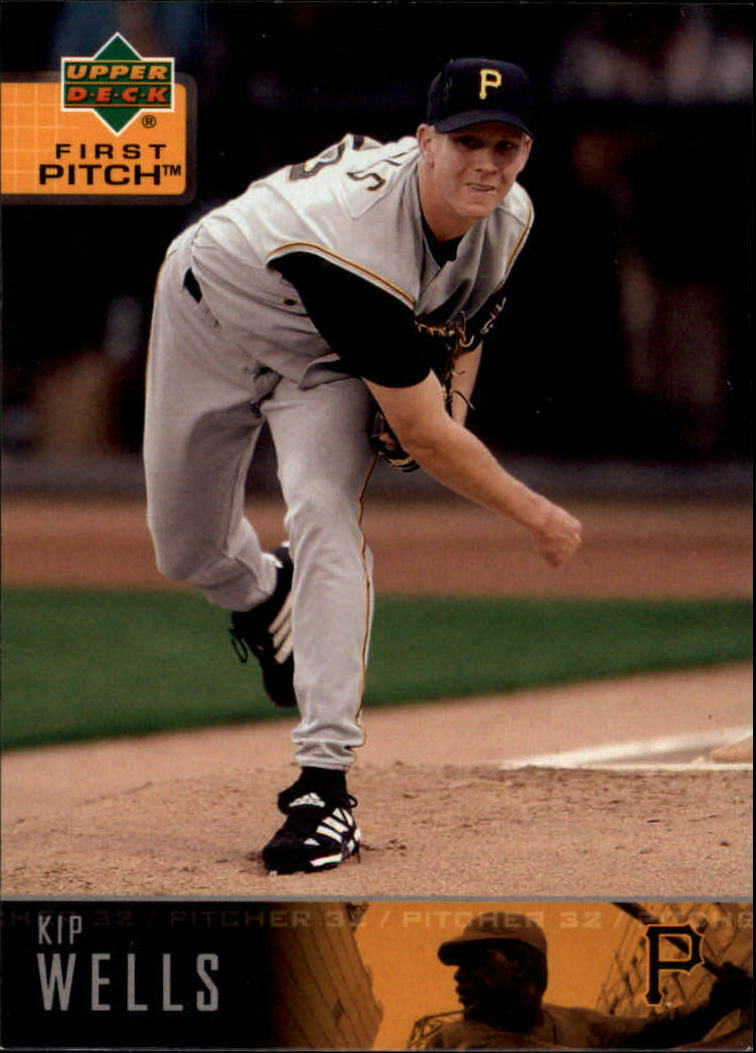 Check out the bottom of the card! That’s a nice addition by Upper Deck, which was put on the bottom of all of the Pirates players. I actually picked out this photo on the 20th anniversary of Willie Stargell’s passing, so the photo of his statue outside of PNC Park seemed like the perfect card to pick, even if it is a tag along on a card for someone else.

The photo here is a nice action shot of Wells warming up in the bullpen, wearing the road grays.  As you can see, it was the vest style jersey, which was worn during the 2003 season when Upper Deck’s photographer likely snapped this photo. It could be a 2002 photo, but I assume that they got updated photos when they took pictures of new players on the team.

This set was released in February of 2004 after the regular issue Upper Deck set came out. As I mentioned, the regular issue card was the first one I saw, but I ended up using a scan from the First Pitch set. That’s because the only change from one set to the other (besides the amount of cards included) is that “First Pitch” logo in the top left corner. They used the same picture of Wells, same card design, just added a logo and made a smaller set of 300 cards instead of 590 cards included in the original set. It’s an odd change, seeing as the First Pitch set didn’t have any chase/insert cards, while the regular issue set was loaded with them. 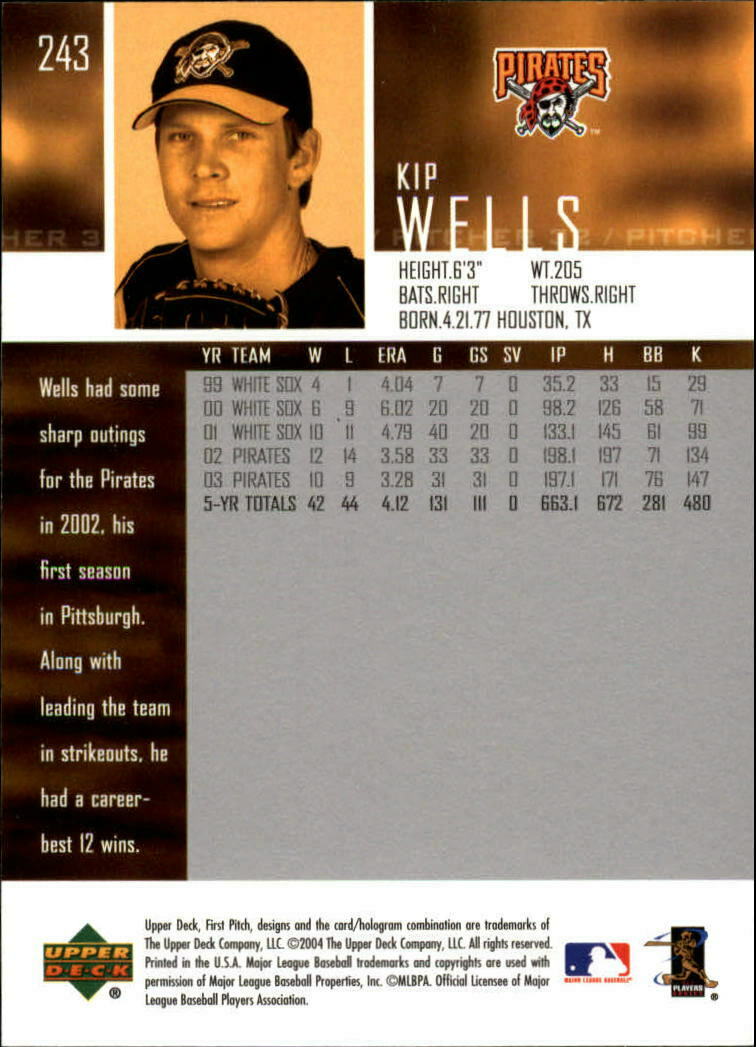 I didn’t even need to use the First Pitch scan for the back because unless you read that small fine print at the bottom where it says First Pitch, you wouldn’t even be able to tell the difference. If I missed the difference at first with a much bigger logo on the front, then it would be pretty easy to miss the tiny words on back. This back offered an odd design with all of that blank space set aside for players with more stats. His five-year career to that point left a huge blank area on the back next to a thin strip of words where they could only fit two words on a line in some instances. If that spot was blank instead it wouldn’t look odd because there’s a design.

If you want this card, then it’s fairly cheap on Ebay, but it’s tough to buy as a solo card because not many people are selling it that way. Also, some people will sell cards like this for 99 cents, but then you see $3-$4 shipping, which I guess makes it worth their while to take the time to mail something that earned them a cool 99 cents before they pay their Ebay fees. I usually recommend buying a team set instead in this instance, but I couldn’t find this set for under $10, and both options available were actually the regular issue cards, not the First Pitch.