Paul Waner has been featured on his own card in our Card of the Day series twice before, but the last time was in July of 2020, so it’s been a while. That article was provided by Jarrod Ranone as a guest feature. Waner’s 1933 Goudey card was also a part of our summer of cards from 2020. We haven’t completely ignored him over the last nine months, as he is part of the drool-worthy 1935 Goudey 4-in-1 Pirates card (I really like this card a lot!). Anyway, Paul Waner is an all-time great in baseball,  and more importantly, an all-time great in Pittsburgh Pirates history, so we shouldn’t go too long without mentioning him. Seeing as he was born 118 years ago today, it seems like a good day to have him here again. So today’s Card of the Day is from his best season in the majors (according to WAR) when he put up a 7.1 WAR for the 1936 Pirates. Here’s the 1936 S&S Game Card Paul Waner. 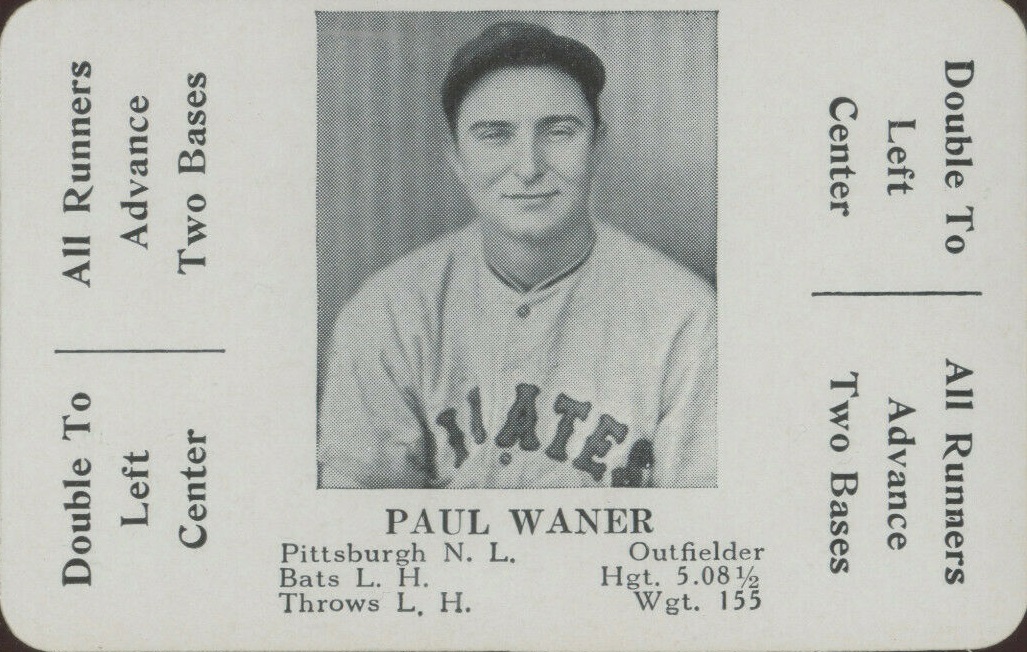 This card is part of a set that game with a board game called “The National Game”, which was produced by a Chicago company named S&S Games Company. I’m not 100% sure why they decided to go with the manufacturers name instead of the name of the board game, but that is how these cards are recognized now. There are 52 cards in the set (as you might expect with playing cards), and 19 of those players have gone on to Cooperstown. Another “seems obvious” fact with this set is that they went heavy on the Chicago players, being a Chicago company and all. The Pirates had Paul and Lloyd Waner, Arky Vaughan, Pie Traynor and Pep Young in the set.

Anyway, as you can see, the game card had outcomes on the four corners for every player, but it’s really just one outcome. Paul Waner seemed to be a pretty good one. If you picked his card it was worth a double, with any runners ahead of him advancing two bases. Arky Vaughan got the short end of the stick, with all of his cards giving him a ground out to shortstop.

The actual Paul Waner portion of the card had a small photo, to go along with his name, team, batting/throwing sides, position, height and weight. No stats are found on cards in this set. 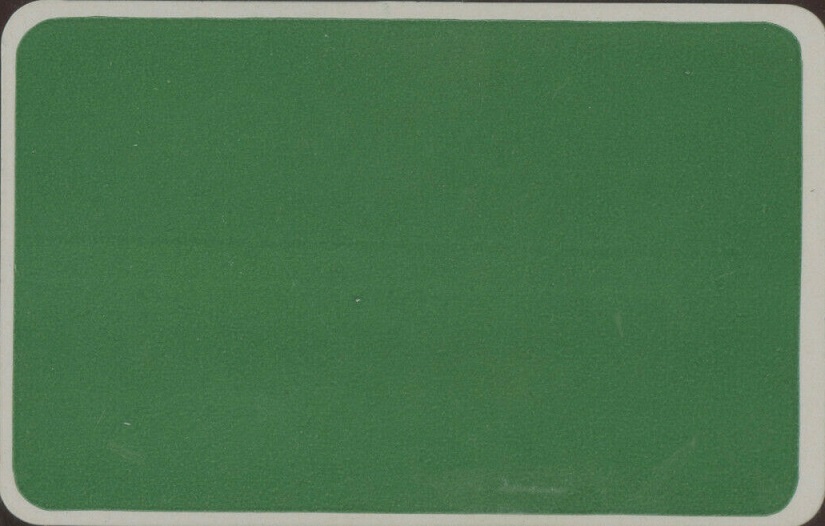 Not much to talk about here. The good stuff on the card is on the front, though I’m not sure if the other side would be considered the front, but for baseball card purposes, the front of the card holds the good stuff. The company spared all expense here. Someone said “How about all green?”. Another person said “That’s too green, how about a small white border?”. Everyone agreed and went to lunch, exhausted from the 15 seconds of thinking. I’m being a little hard on them, because you can find some backs with a light tan background too, so they may have worked 30 seconds that day.

If you’re interested in this card, you’ll be happy to know that it’s rather inexpensive considering that it is 85 years old and it pictures a Hall of Famer. Many of Waner’s cards in high grade will go for much more than this card. Of the four examples on Ebay right now, the highest prices one is graded a PSA 9 and it’s up for sale for $180 or best offer. If you don’t need the grading company to be PSA, then an SGC 92 (basically a PSA 8.5) is selling for $79. If you don’t need a grading company, which you don’t really with this card, then a decent looking copy is for sale for $67, and it has a best offer option. Then there is one lot that also has Arky Vaughan and Gabby Hartnett (this has to be a cruel Cubs fan listing it). You can get three Hall of Famers in one shot for $249 or best offer (which I’d strongly suggest).