Today’s featured player in this series is one who could have helped boost the Pirates when they were putting together solid seasons in the early 1920’s, before they finally broke through and won it all in 1925. He’s a poor man’s version of Hall of Fame first baseman George Kelly, who was featured in this series back in June. Kelly became a star for the New York Giants, leading them to four straight National League pennants. During that time, the Pirates were averaging 88 wins per season and had nothing to show for it. If they could have kept Kelly, who they let go for nothing, then maybe it would have been the Pirates winning all of those titles during that time.

If we are revising history, then the Pirates also gave up Hall of Fame pitchers Red Faber and Dazzy Vance during that era for nothing. I would say there’s no doubt that they would have been a dynasty with the three Hall of Famers added to teams that averaged 88 wins. That’s definitely a strong possibility that we will never know about, but now imagine that you could add another solid player for no cost to those same teams. The Pirates had that player in 1915 and his name was Pat Duncan.

Duncan debuted in pro ball at 18 years old in 1912. He started in the low level Ohio State League, then moved to the Southern Michigan League in 1913, where he hit .299 in 97 games for the Flint Vehicles. He switched teams in the same league during the 1914 season and hit .285 with 43 extra-base hits and 46 steals for the Battle Creek Crickets. He was with Battle Creek at the start of 1915, but the league folded after two months and it left him searching for a job. His landing spot was the Pittsburgh Pirates, who announced on July 8th that they signed him to a contract. It was reported that he received offers from 14 clubs, including other minor league teams. The Pirates got him when owner Barney Dreyfuss offered him a $300 bonus for signing.

On July 8th, Duncan left to join the Pirates, who were playing the Philadelphia Phillies at the time. He was with the team the next day and was immediately given a look by manager Fred Clarke. In the July 10th edition of the Pittsburgh Press, they reported that Duncan worked out with the team for the first time, looking good in the outfield, while consistently making hard contact during batting practice. They said he was expected to see some work soon. The Pittsburgh Daily Post noted that he showed plenty of speed, despite nursing a leg injury he suffered when his spikes got caught while running the bases a week earlier.

On July 12th, Duncan was said to be getting regular batting practice and he was taking fly balls in left field, where the Pirates weren’t getting good results from their regulars. The next day the Pittsburgh Press noted that Fred Clarke said that Duncan would get a trial in one of the team’s games in Boston over the next four days. Two days later, the Daily Post printed posed photos of Duncan (as a side note, these are the only photos I’ve seen with him in Pittsburgh) 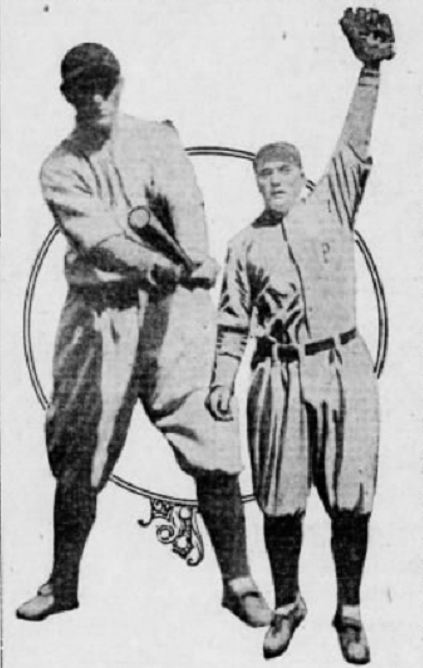 Duncan was part of an amusing tale that wasn’t so amusing when it happened, at least to him. On the 16th, the local papers noted that he was playing with Max Carey at an early age and they were rivals as the best players on their respective teams, which played each other often. They also noted that Duncan and Pirates teammate Wally Gerber were held up in a robbery in a dark alley. The “robber” turned out to be Max Carey, playing a joke on the two young players.

That same day the robbery report came out, Duncan got to play his first big league game. With southpaw pitcher Lefty Tyler on the mound, the right-handed hitting Duncan got the start in center field and batted seventh in the lineup. He played seven innings until a right-handed reliever came on, then he left for pinch-hitter Zip Collins, a lefty batter and the regular starting center fielder at the time. Duncan went 0-for-3, but the papers gave him credit for hitting the ball on the nose during his first at-bat, a ground out to third base. He also made outs on a shallow fly to left field and a strikeout. One paper noted that he had at least 12 foul balls, including a few hit a long way down the outfield line. In his strikeout, he had a total of six fouls before going down on strikes. In the field, his only put out was a line drive hit to him in the fifth, though he fielded multiple hits and showed off a strong arm getting the ball back in to the infield.

On July 17th during the first game of a doubleheader, Duncan batted for starting pitcher George McQuillan in the seventh inning. He actually picked up the at-bat with a 1-0 count, as Clarke decided a little late to remove his starter and McQuillan took the first pitch for a ball. Duncan grounded out to second base. He did not play during game two that day.

The Pirates were dealing with a minor injury at the time that the local papers said might result in more time for Duncan. Honus Wagner was nursing a sore ankle and first baseman Doc Johnston wasn’t hitting well, so with a limited bench, it appeared that Duncan could see the lineup, either in left field or center. As it turned out, all he saw was a pinch-hit at-bat that day. On July 19th, with one out in the ninth and the Pirates trailing 3-0, Duncan hit for pitcher Joe Conzelman and lined a “stout” single into left field, picking up his first Major League hit. The Pirates lost, but it was a highlight for the youngster. It seemed to be a big deal in the Pittsburgh Post-Gazette, who ran the subheading “DUNCAN MAKES A HIT AS PINCHER”.

The Pirates and New York Giants had a doubleheader rained out on July 22nd, which meant that they would played doubleheaders on Friday (July 23rd), Saturday, then another on Monday after a Sunday off-day. Surely that would get Duncan some playing time you would imagine, right? He didn’t get into a single game, though he nearly got tossed from one of the games when he commented from the bench that Hall of Fame umpire Bill Klem missed a strike call on a curve ball. Klem was not pleased and gave the rookie a warning.

On July 28th, it was announced that Duncan was released to Grand Rapids of the Central League. The Pirates were able to recall him if he played well, but he didn’t expect to come back until September after the minor league season was over. Duncan was looking forward to the regular playing time, believing that he would be back in September.

On July 29th, Duncan debuted in the Grand Rapids lineup and picked up two hits. He was referred to as the “Pirates castoff”. He ended up batting .295 in 30 games for Black Sox. On September 12th, the Post-Gazette said that his trip to Grand Rapids was a success and they expected Duncan to be with the Pirates for the next season. On February 15, 1916, the Pirates officially cut ties with Duncan, selling him to Grand Rapids.

Duncan remained in the minors for quite some time, but he hit at every level and he also missed time while serving in the Army in WWI, which likely delayed his return to the majors. The war efforts limited his play for part of 1917, most of 1918, and early in 1919. He was playing well for Birmingham of the Southern Association in August of 1919 when his contract was purchased by the Cincinnati Reds. Duncan had a .717 OPS over the final 31 games in Cincinnati, which led to a starting left field job in 1920.

The 1920 Pirates were part of a mediocre stretch for the franchise that led into their strong run during the rest of the decade. The Pirates had losing seasons from 1914 until bottoming out in 1917 with a 51-103 record. In 1918, they were just above .500 for the first of three very similar seasons. Their winning percentage ranged from .511 to .520 in that three-year stretch (1918-20). Duncan was the starting left fielder for the Reds in 1920 and he hit .295 in 154 games, with 75 runs scored and 83 RBIs. He wouldn’t have pushed the Pirates over the top, but he could have helped them to a better finish.

The Pirates could have used a bat like Duncan’s when they were falling short each year during the 1921-24 seasons. Maybe you don’t gain a lot when you factor in where his at-bats would be coming from, as in who he would have been taking at-bats away from to get regular playing time. The other way to look at it is that if he played for the Pirates, then the guy he’s replacing would have become a trade chip to help out a weakness, or vice versa. His time with the Pirates was all too brief and he proved that he could hit at every level over 13 seasons in the minors. His .307 average in the majors over seven seasons showed that he could hit at the biggest stage. That makes Pat Duncan, The One Who Got Away. 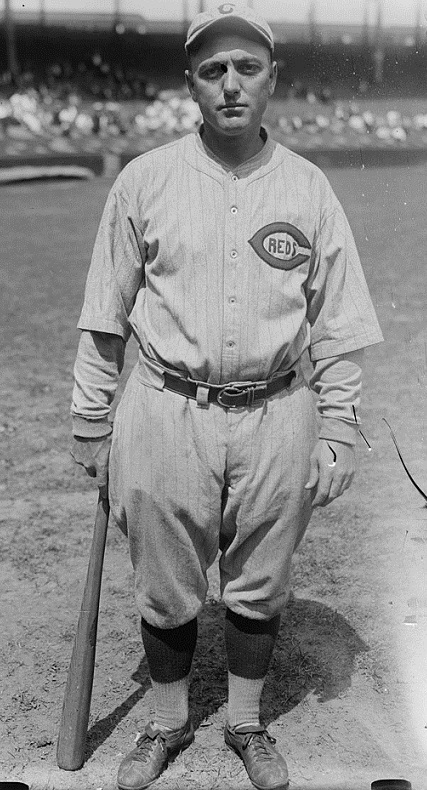