Today’s Card of the Day features a man who was both born and traded on this date. John Smiley played for the Pittsburgh Pirates from 1986 until 1991, getting traded to the Minnesota Twins on this date in 1992. Smiley has not appeared in this feature before, which is an oversight on my part. I’m trying to make sure I’ve covered all of the most noteworthy players, but I keep finding some misses. While it was an oversight to not have him here yet, I was able to kill two birds with one stone in this article because I missed him in the past. This is also the first time that I have featured the 1990 Leaf set here. This set was considered to be a premium set when it was released, with a high-end feel to it. It’s one of the few sets from this era of overproduced sets that is still highly collectible to this day. 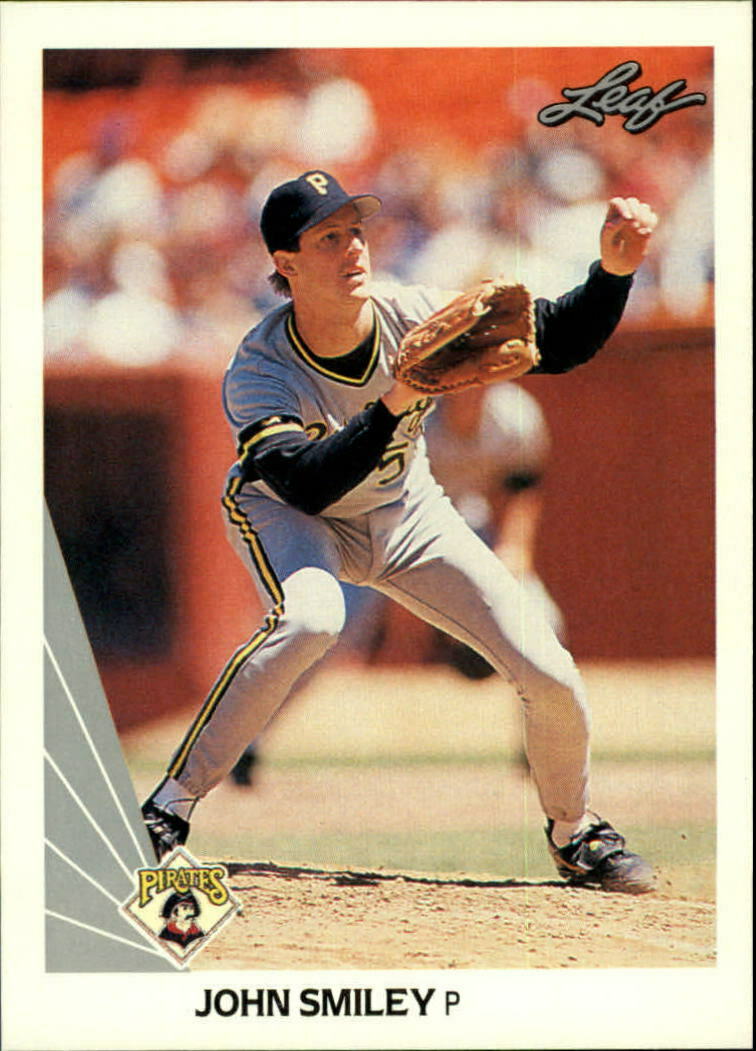 Whenever I’m featuring a player for the first time here and there are plenty of options, I always scroll through Ebay to see what catches my eye. This card caught my eye because of the odd photo. A lot of the options for Smiley featured him midway through his delivery. Plenty of others were the staged sideline photos, where you know he’s not pitching, but they sort of try to pass it off to be a pitching pose. I can’t tell if this pose is him in his post-windup stance, or if the ball is actually coming back towards him at this point. He does appear to have his eyes fixed on something, but the first baseman behind him doesn’t appear to be headed towards first base yet. One little added bonus here is the old school Pirates logo in the bottom left-hand side. That always gives a card some extra points. The 1990 Leaf set had a rather simple design on front with the white borders and black print for the name. They had high quality photos for the time though, which was a real drawing card. 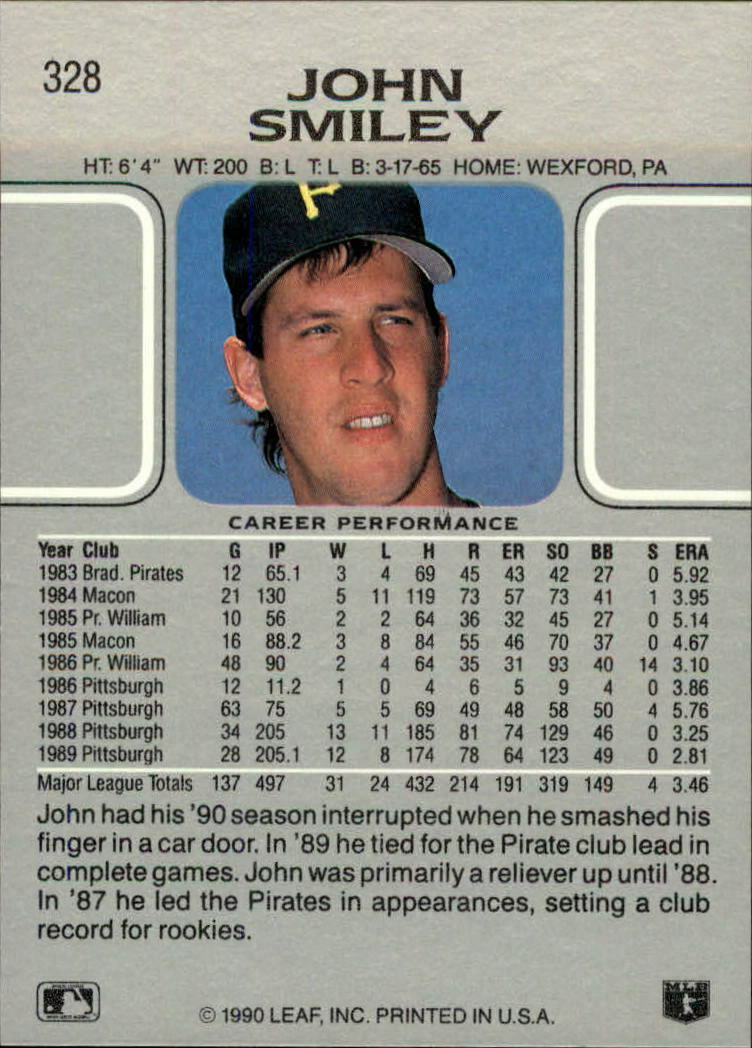 I’m a big fan of the backs of 1990 Leaf cards. I like the black printing on a light gray background, along with an added photo of the player. For this card specifically, I like the fact that they included all of Smiley’s stats throughout his pro career. There was also a fact on the back that told you a  little something about the printing of this set. It has a note about the 1990 season, but doesn’t have 1990 stats, meaning it was printed some time during the 1990 season. A quick check of the record books shows that Smiley missed six weeks after his start on May 15th. That car door finger smashing incident happened on May 19th. The 1990 Leaf set was printed in two series and Smiley was part of the second series, giving them time to include a 1990 season fact.

If you’re interested in this card then you know the drill. It’s a common card and somewhat easy to find in the $2-$3 range on Ebay, with most of the cost being the shipping in a few cases. One thing that I’ve never mentioned here is that some people who have higher shipping changes, combine shipping. So for one card they are expensive, but if you’re buying 5-6 cards, then their prices get better per card as you add more to your order. Basically, it wouldn’t be wise to pay 99 cents for this card and $3.50 shipping, but you might be able to add enough cards to make it worth it to buy from them.