I was shocked to find out that Lloyd Waner hasn’t had his own card featured in a Card of the Day article yet. We are over 200 articles into this series and there’s a Hall of Famer that hasn’t has his own feature. That’s unacceptable. I could say that I was waiting for his birthday, but that would be a fib. I only realized it because of his birthday. Lloyd Waner hasn’t been completely forgotten. He was included here in a great card from the 1935 Goudey set that also had his brother, Waite Hoyt and Guy Bush, all on the same card. Maybe that contributed to him being overlooked until now. Well here’s to celebrating the Hall of Fame center fielder born on this date in 1906. Today’s Card of the Day is from the 1939 Play Ball set, and it features Little Poison, Lloyd Waner. 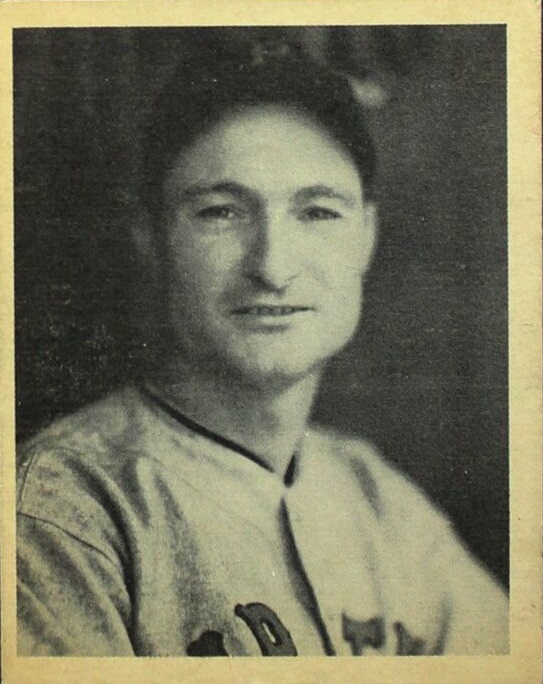 The 1939 Play Ball set has a rather plain design, with white borders surrounding black & white photos, which makes it a boring set as far as the overall look. However, they have some great photos in this set of players in staged action shots. I have never been big on portrait type photos, but there are varying levels of how much/little I like them. I like seeing the old uniforms and this gets partial credit for that. I also like the players wearing caps. Gives it more of a baseball feel. Some of the more popular 19th and early 20th century cards feature players dressed in suits. It gives you a unique look at the player, but I’d rather see baseball players in their natural habitat. That’s one of the things that I like about the 1939 Play Ball set. You get shots like the Bob Klinger card that we featured here or this Arky Vaughan. This Waner card isn’t one of my favorites from the set, but it’s definitely helped out by the fact that it features a Hall of Famer, who is pictured in a Pirates uniform. 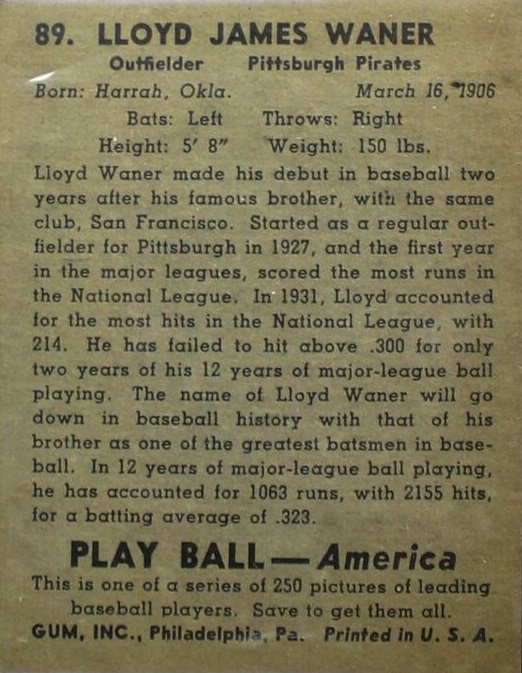 The backs of these cards have great little bios on the players, squeezing in as much as they can on a small card. This bio tells you right away about the famous siblings and how they got to the Pirates. It also tells you about his hitting prowess and it predicts that he will go down in history as one of the greatest batsmen in baseball. He made the Hall of Fame, he finished with a .316 career average and he’s one of the most difficult hitters ever to strike out, so good call by Play Ball. What they didn’t know is that the 1938 season was his last really good one and then he mostly compiled stats after that point. He stayed with the Pirates through the start of 1941, then returned during the 1944-45 season in a bench role. As you can see by the card and the career average I provided, his average dropped seven points over his final six years in the majors (he didn’t play in 1943).

I assume you’re interested in getting this card, unless you already have it. If you do, feel free to share your story in the comments. Anyway, you can get this card ungraded in low grade for about $45-$50. A PSA 4 is currently for sale for $60, and another is $64, but it has a best offer. There’s even a PSA 8 available for you high rollers with a $500 price tag. Those are all sale prices, but you could do better if you wait for an auction because they have gone for as low as $20 (once) in low grade and in the $50 range for mid-grade options. A PSA 7 sold for $183 in an auction recently.