Today’s Card of the Day comes from a card company that we haven’t featured here yet. A company called Classic produced cards in the late 1980s into the 90s. One of their more popular releases was the 1992 Four Sport set, featuring top draft picks from baseball, football, basketball and hockey. Instead of splitting the sports apart into separate sets like companies normally do, Classic combined all four sports into a 325-card set. Card #269 in that set is Trey Beamon, a second round draft pick of the Pittsburgh Pirates in 1992, taken out of W.T. White HS in Dallas, Texas. 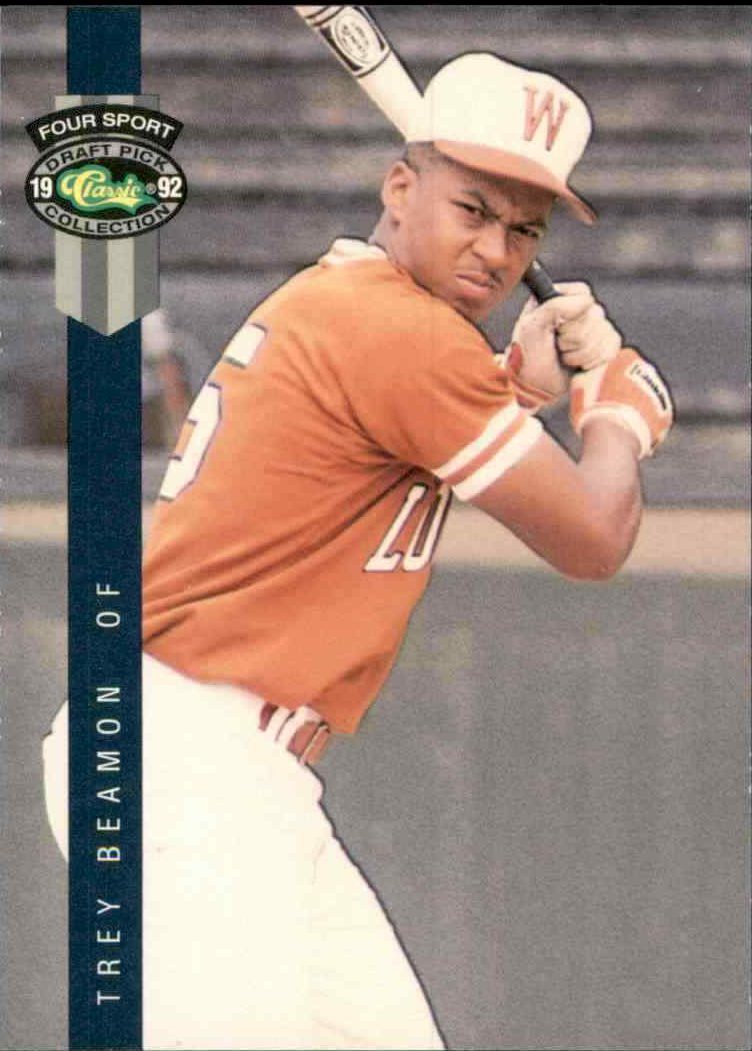 The 18-year-old Beamon has an intense look here, decked out in his high school’s uniform. Classic didn’t go with any borders here, which was a rather uncommon idea back then. Me personally, I’ve never been a fan of the sideways top to bottom writing. I think others would agree, as you rarely see it used on cards. Am I allowed to grade designs? If so, I’d give it a C-, with some credit for originality. One of the issues this set had was photo quality. Some players in the set probably didn’t have many great photos available, especially the high school players. So in that sense, I think they did a good job with Beamon here. It’s better than most, especially the Derek Jeter rookie, which is hurt by the photo quality.

This card also came with a gold foil version, which was “limited” to 9,500 copies. I have limited in quotation marks because limited now would be something like 99 cards, or even lower numbers. These cards came out at the peak of the card collecting craze and while they were popular, they were also massively overproduced, as you will see in the price section at the bottom. 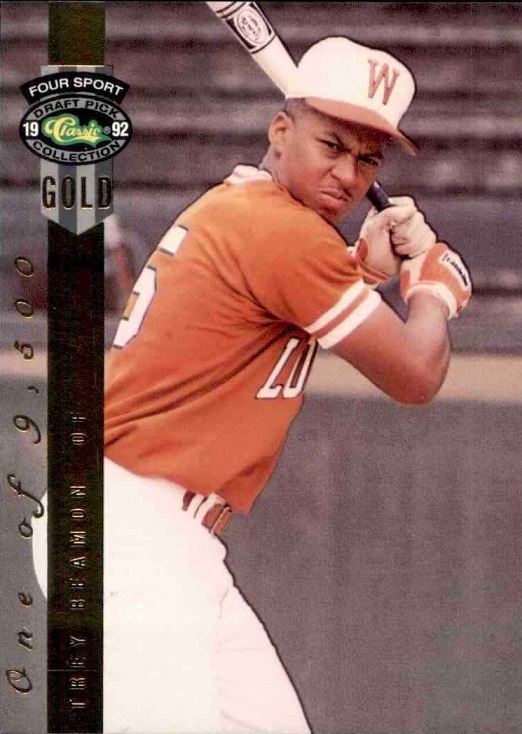 The difference here is in his name/position stripe, which has a gold foil finish instead of the dark blue on the regular issue. It also tells you on the side that it’s limited to 9,500. 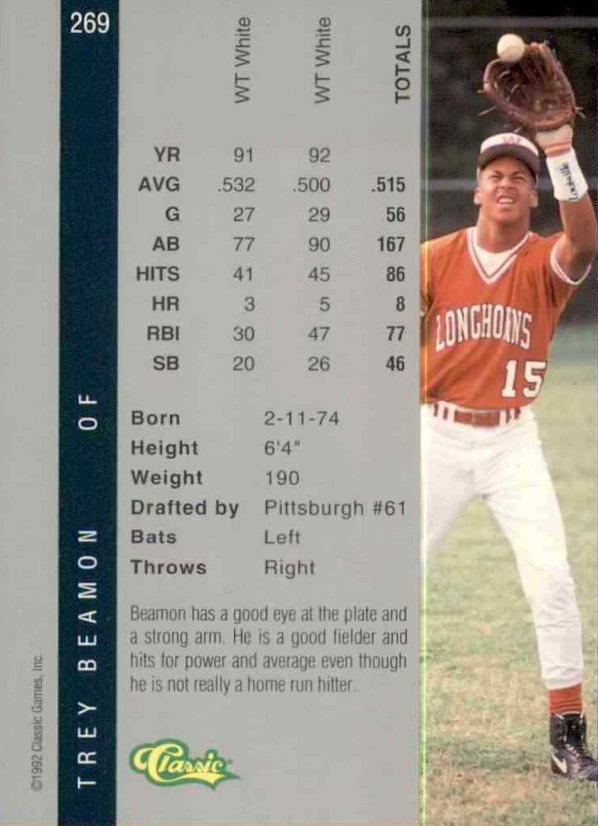 I like the fact that the backs included another photo of the players, and this isn’t a bad staged photo for Beamon. He sold it well. I find it odd that the back and front use the same blue stripe/sideways writing for the name and position. Seems very unnecessary here. The use of the stripe on the back also led to a smaller (not wide) area for the information, which led to a strange setup for the stats section. Looking past that though, you see that Beamon put up some impressive stats each year available, hitting .500+, while stealing a lot of bases in a limited number of games. The back also mentions that he has a strong arm and he’s a good fielder. It says that he doesn’t hit for much power, but he’s 6’4″ with room to add some good muscle, so those homers should come, right? Nope. He never hit more than six homers in a season throughout his 15-year pro career, and he failed to hit one in 95 big league games.

If you’re interested in this card, I’d suggest just getting the entire set. Might sound extreme to suggest that, but the cards of Derek Jeter and Shaquille O’Neal can be sold to pay for the rest of the set if you don’t want to spend much. It was extremely overproduced and it’s readily available for under $20 delivered. If you wait for an auction on Ebay, you might be able to get it under $10.