Today’s Card of the Day takes a look at a player who was born 131 years ago and played 2 1/2 seasons for the Pittsburgh Pirates. George “Possum” Whitted wasn’t a star by any means, but he was a solid player during his time in Pittsburgh and throughout his 11-year career. His name gets mentioned here on his birthday (today) and on the date that corresponds to his acquisition from the Philadelphia Phillies (August 9, 1919). That’s because the Pirates gave up outfielder Casey Stengel to acquire Whitted. Most of you would know Stengel as the Hall of Fame manager. This particular card of Whitted is from the E121 set put out by the American Caramel Company in 1922, and the photo they decided to use has an interesting background story. 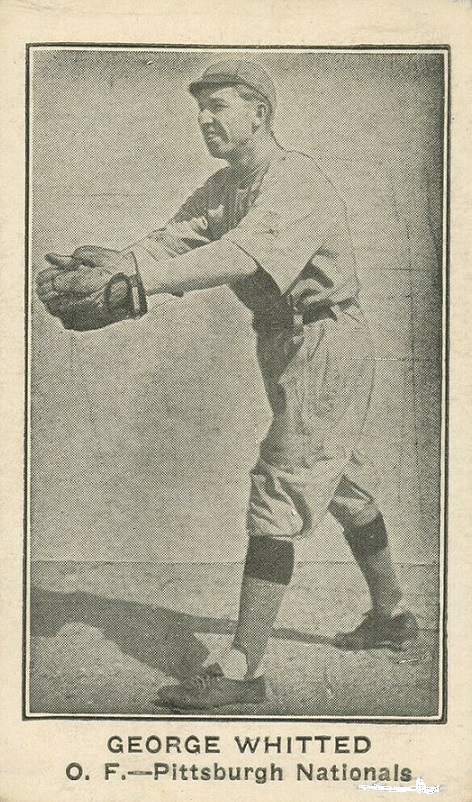 You might look at that card and say “Hey, that’s a great action pose of good ole Possum”. Others might see a staged photo, which still looks good for a 99-year-old card. I look at it and say “They couldn’t get a more recent photo?”.

I know a lot about old Pittsburgh Pirates jerseys, one of my many charming qualities. I don’t need to know anything about them though to know this photo doesn’t show Whitted with the Pirates. That’s because old photos were often reused in sets from that era, but I’m not sure you’ll find one this old being reused again. We had an article here about the B14 Blankets, which aren’t really cards, but they get grouped in with them. It’s a set that was produced in 1914, eight years before the E121 set. Here’s the Whitted “card” from that set: 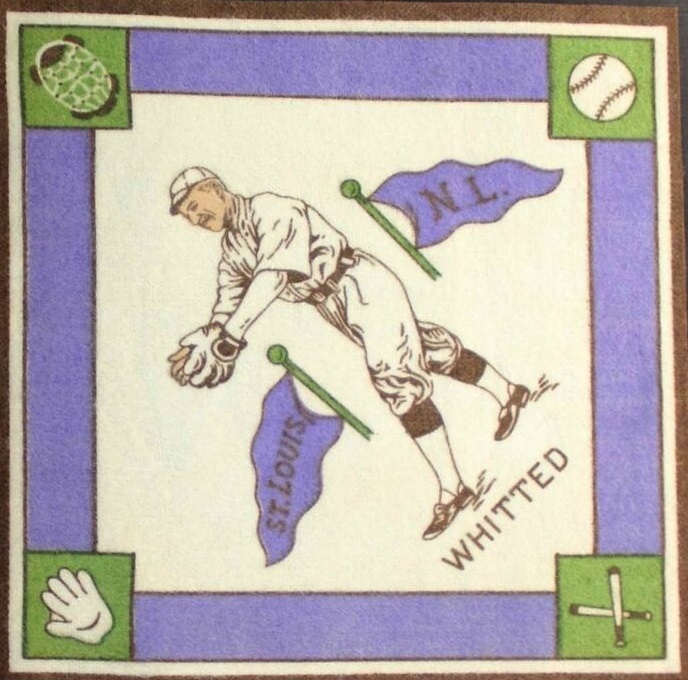 Clearly it’s the same “photo” on each, and the original photo is dated from 1912, which is when he debuted in the majors while playing for the St Louis Cardinals. Basically, the E121 set used a ten-year-old photo. Whitted played for two teams in between St Louis and Pittsburgh. What adds even more intrigue is the fact that Whitted was sold to the Brooklyn Robins in late March of 1922 and the E121 manufacturers issued an updated card for him that listed Brooklyn for the team name. It was the same pose, meaning the photo used for him on Brooklyn was taken four teams earlier in his career. 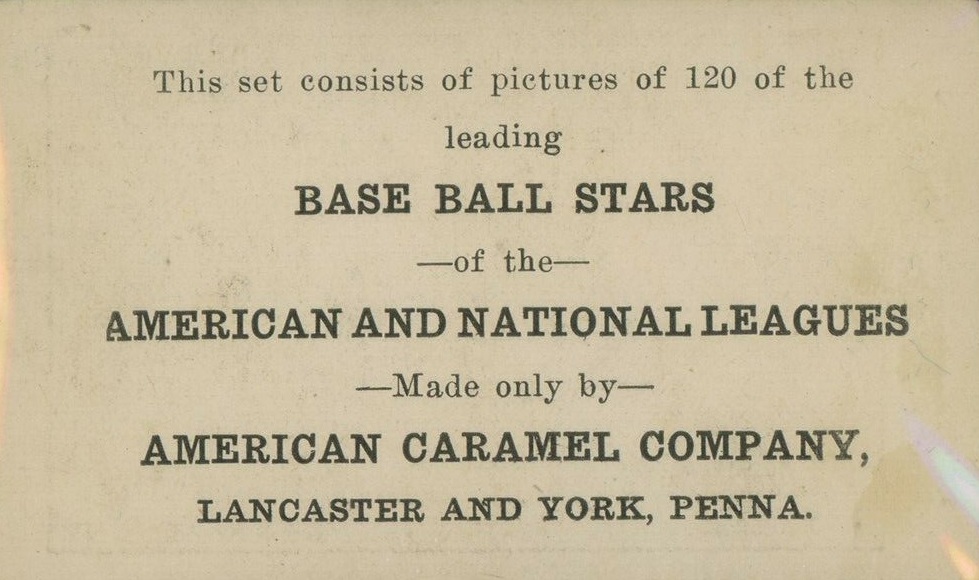 The back tells you nothing about the player and doesn’t have anything fancy going on, just here’s what you’re looking at and this is who made it. The abbreviation for Pennsylvania is interesting. There were 120 cards in the set and it featured many of the great players from the day, so it’s still a fairly popular set to this day. The cards measure 2” x 3-1/4” in size.

If you’re interested in acquiring this card you’ll be somewhat happy to know that it can be found for a decent price and there are numerous options available on Ebay. The Brooklyn one is very hard to find and that’s reflected in the price, but I would assume that most people here would want the Pittsburgh version. That one has seven options available at the time of this writing and they range in price from $24 for a trimmed one, up to $1,000 for a PSA 6, which is a tough grade to find for this card. There are three examples in the $30-$40 range that all seem like solid deals. I may have bought one for myself between the time I’m writing this and the time you read it. Good luck in the hunt for Possum.