The T206 set, which was produced between 1909 and 1911, is right at/near the top for popularity among collectors of vintage baseball cards. When I started collecting older cards at 16 years old, the first one I bought from before the 1950s was a T206 of Hall of Fame catcher Roger Bresnahan, which I purchased in Cooperstown. Over the next handful of years, I amassed a large collection of T206 cards, including one of Bill Abstein, first baseman for the 1909 World Series winning Pittsburgh Pirates. Abstein, who would have turned 138 years old today if modern medicine didn’t fail us, spent just that one season in Pittsburgh, playing a total of 137 regular season games and seven World Series contests. 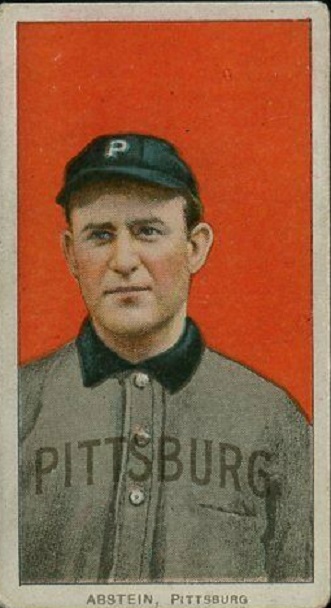 The front of the card is a nice example of the 1909 Pirates jersey, sort of. They had the gray tops and blue collar down, as well as the buttons down the middle, which was only on the top part of the jersey. The one big difference here is that the “Pittsburg” across the front, which was spelled correctly at the time (1890-1911 time-frame), was not on the jersey. That was added by the artist of the T206 cards. There was no writing on the front of 1909 Pirates jerseys. They had the iconic “PBC” symbol, but that was on the sleeve and wouldn’t have been seen at this particular angle/pose here. The red background really makes the card pop. Some versions of this card have more of an orange background color, which adds value for some collectors.

There are some collectors who believe that the Abstein artwork is actually someone else from the Pirates. It’s definitely not one of the better representations in the set, which has some outstanding artwork. For comparison, here’s a real photo of Abstein from 1910: 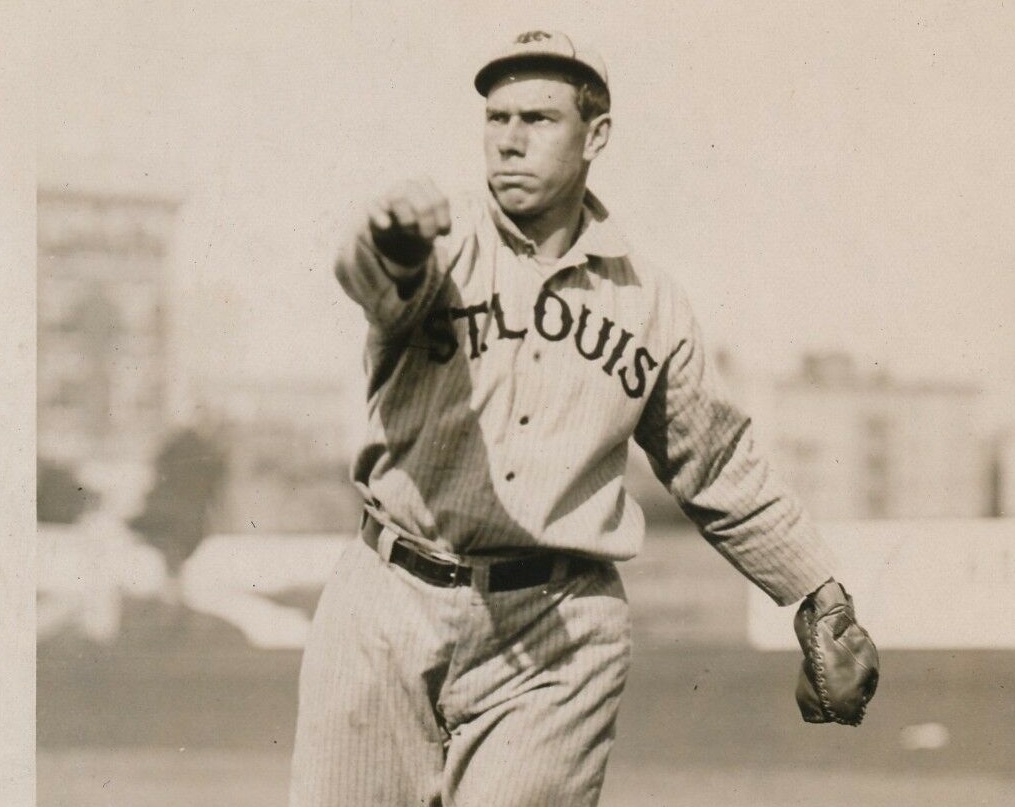 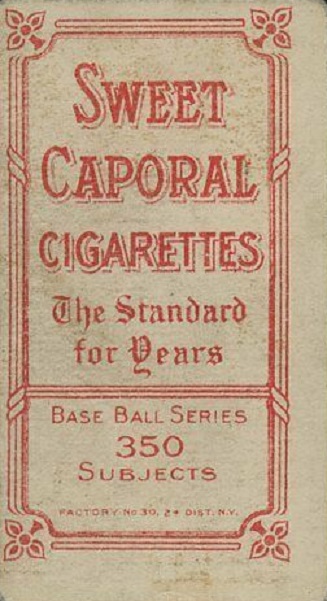 This particular back is the second easiest one to find in the T206 set. There are a wide assortment of backs when you add in the different brands, as well as minor changes, such as the series and the factory where it was printed. The easiest brand of cigarettes to find on the back of T206 cards is Piedmont, which we have featured here before. However, there are certain Piedmont backs that are much tougher to find than this particular back shown above.

The 350 series tells you that this card was put out during the second series printing. The first series came out in early 1909 and include “150 subjects” on the back. The second series came out during the middle of 1909 and ran into 1910, though the printers kept up with player moves. So when Abstein went to the St Louis Browns in early January of 1910 and didn’t get a corrected version of his card, that tells you that this card was likely printed in 1909, though  1910 is still a slight possibility.

If you’re interested in getting this card, it’s fairly easy to find on Ebay, but you might have trouble finding one in your price range if you’re a budget collector. The great thing about the T206 set is that it’s not only contains many of the all-time greats, they are also quite plentiful for something that is 110+ years old. When I wrote up this article, Ebay had 14 auctions for Abstein cards. The lowest priced one was $73, which is much too high if you’re just looking for a common card.  A search of completed auctions will give you six examples that ended under $60 in the last three months. So a little patience could pay off.