Today’s Card of the Day features Craig Reynolds, who spent two seasons with the Pittsburgh Pirates to start his big league career. During that time, Topps put him on the two rookie cards picturing four players each, one featuring infielders, the other one only showing shortstops. I chose the 1976 version for today’s card because it also has another former Pirates player on it. I chose Reynolds in particular as the subject because he’s celebrating his 68th birthday today. 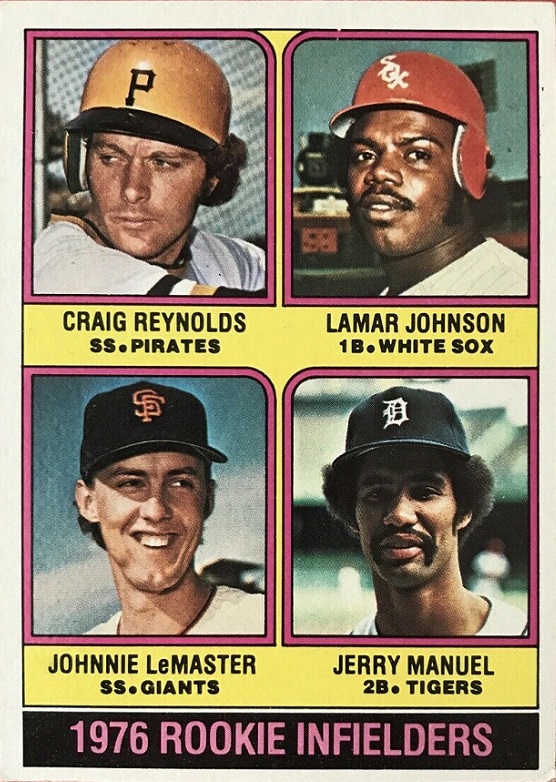 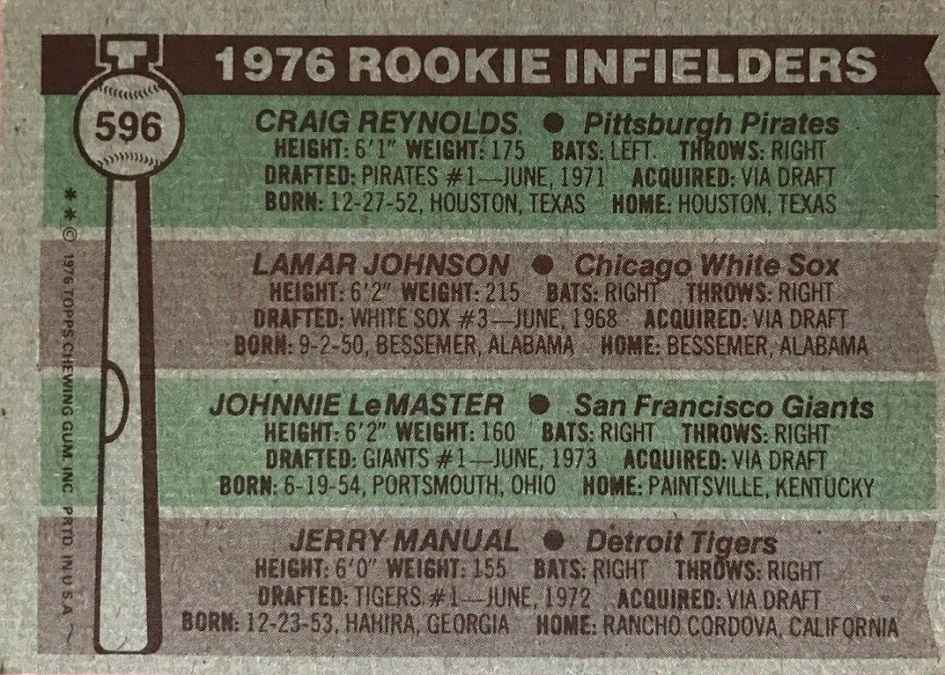 You might take a quick look at this card and think that Topps did a poor job at their rookie predictions, but there is a lot to remember here when looking at these cards and the players involved. The first thing is that they produced a second rookie infielders card that year, so these weren’t exactly their top four choices. The other part is that they really didn’t play poorly as a group. If you expect a bunch of Hall of Famers on one card, it just doesn’t happen. You’re limited as to who you can pick to feature on a rookie card, with the most important thing being that they had to get a picture of the player that season.

Let’s look at each individual choice:

Craig Reynolds clearly wasn’t a bad pick here. He played 15 years in the majors and made two All-Star teams. There’s a very small segment of MLB players over the years who can make both of those claims. He was traded away from the Pirates before he became an All-Star, but they used him to acquire Grant Jackson, so it worked out well.

Johnnie LeMaster played for the 1985 Pirates. When these cards came out, he was 21 years old for the San Francisco Giants. He was far from a star, but we are talking about someone who played 12 seasons in the majors and topped the 100-game mark seven years in a row. I wouldn’t exactly call that a miss, even though he was basically a league average player during his entire career.

Lamar Johnson played nine seasons in the majors, mostly for the Chicago White Sox. He already had two partial seasons in at the time that this card was released. He hit .320 in limited time in 1976, then batted .302 with 18 homers the next season. It looked like he could be a good hitter for a while, but his bat faded quickly, though not before he hit .309 in 1979 with 74 RBIs.

Jerry Manuel is the stretch here because he’s known for his time as a manager. He was a .150 hitter over five partial seasons in the majors. You could definitely say that he was a miss as a player, but then he put in nine seasons as a manager, with a 704-684 record during that time.

So the quick summary is a 15-year player who was a two-time All-Star, a 12-year player, a guy who hit .300+ three times, and a guy who made a name for himself as a manager. You could hope for better like the other Rookie Infielders card for example, which features Willie Randolph, but this is far from the worst group of choices by Topps over the years.

If you’re interested in this card, you’ll be happy to know that it is cheap. There have been recent auctions that ended for about $3-$4 in decent shape, slightly higher in higher grade examples. There was a very interesting recent auction that had one graded as a PSA 10, deemed to be perfect condition. That card ended for $135, including shipping.