I don’t know how many people noticed the Christmas themed pick for yesterday’s card of the day with the choice of Fred Carroll. I didn’t want to make a mention because I didn’t want to give away the obvious choice for today’s Card of the Day subject. A Christmas Carol(l) is nice, but a Gift is even better, whether giving or receiving. If I’m missing someone more obvious in Pittsburgh Pirates history to use for today’s article, I don’t know who it is or how I didn’t think of them. I actually had Ngoepe planned out for today about six months ago when we decided that this feature was going to be a daily (almost) article. Today’s Card of the Day could feature no one other than Gift Ngoepe. I went with his 2017 Heritage card, because I am a big fan of throwback designs. 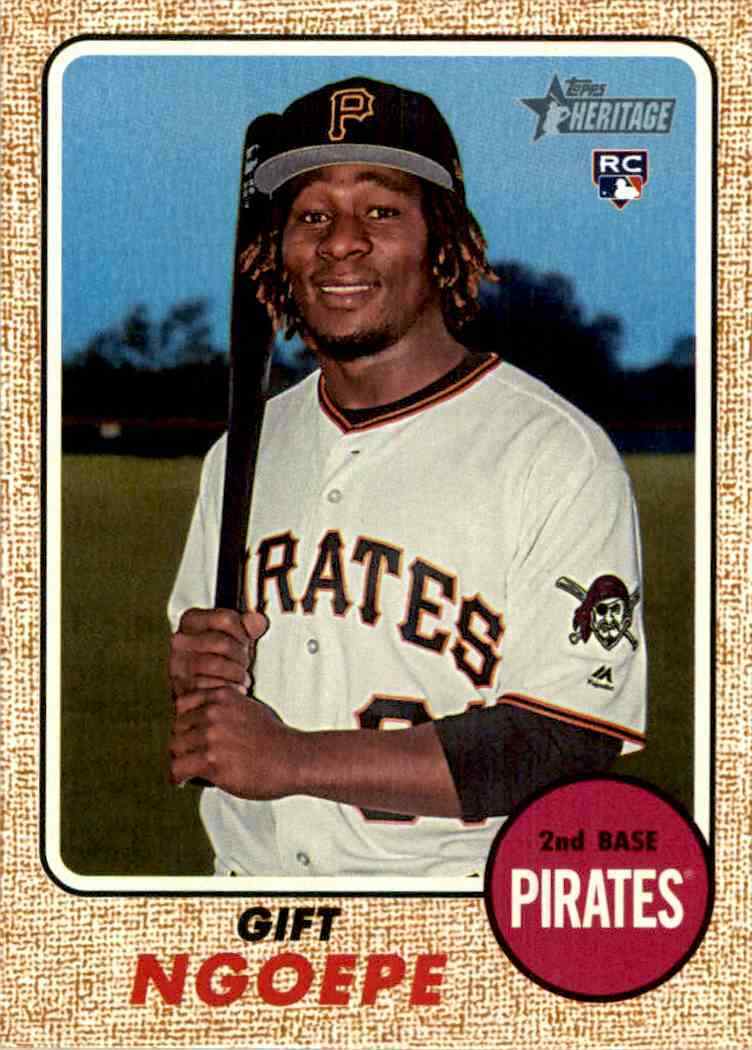 If you collect older cards, then you’ll immediately recognize the design of the 1968 Topps set here. They kept everything from the original set here, though the “RC” symbol to the right of Ngoepe’s head wasn’t something in the 1968 Topps set. That’s a designation to let you know that this is a rookie card. The Heritage logo also gives away that this is a newer card using the old design. Ngoepe debuted in the majors in 2007 and this set came out later that same year. This is a Spring Training photo, so Topps had the instincts to get a photo of him just in case. 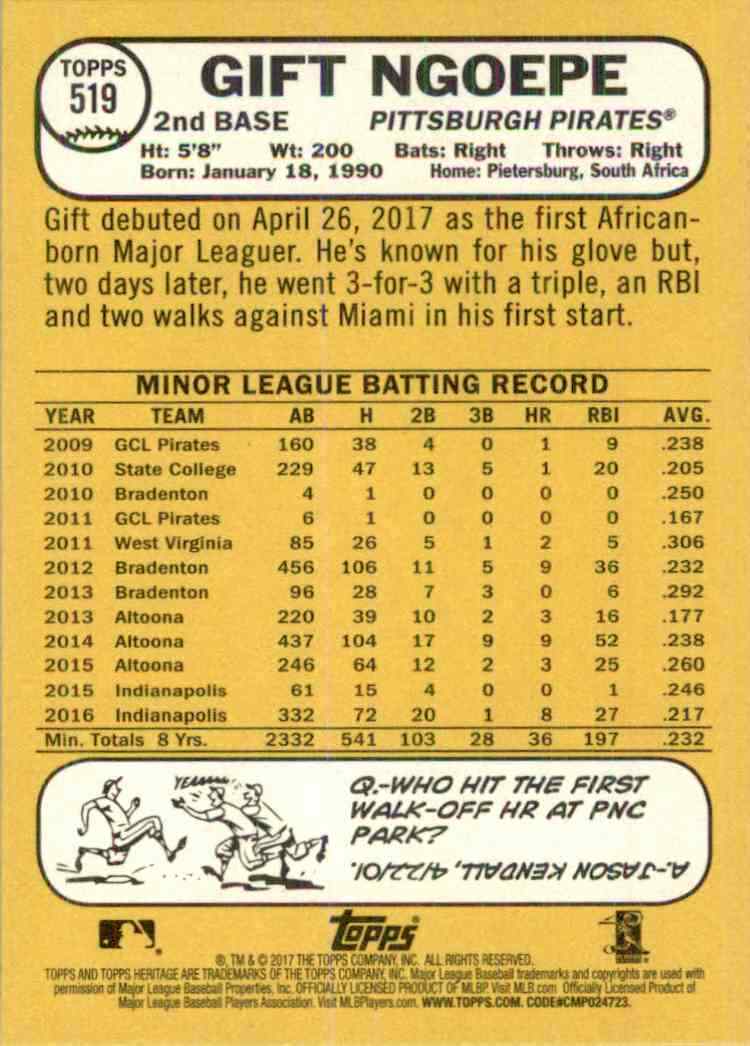 The back of this card is identical in design to the 1968 Topps set, with color choices, set-up, bio at the top and cartoon at the bottom. Jason Kendall hit the first walk-off homer at PNC Park. As Mel Allen would say, how about that?

The back of this card shows you the long path Ngoepe took to get to the majors once he signed as an amateur out of South Africa. He didn’t debut until April 26th in 2017, as indicated on this card near the top, so his minor league totals were actually a little bit higher before he played that first big league game. He was playing for Indianapolis at the time of his call-up.

If you’re interested in adding this card to your collection, you’ll be happy to know that you can get it for just $2-$3. There is a chase card with a blue border if you like going for scarcity over base cards. It’s considered to be a short-printed card and it costs a little more, but not much. I prefer the look of the 1968 set, so I’d personally stick to this card shown above. This card is considered to be part of the “high number series”, which makes it tougher to find than cards from the set not designated as high-numbered cards. If you really want rare, at the time of this writing, there was a gold border jumbo version available on Ebay. Only ten of those were printed and they were numbered 1-10. The jumbo cards are 5″ by 7″ in size, basically double the size of the regular card. These cards were only available online.

Merry Christmas and Happy Holidays to one and to all. Hope Santa brings you some great Pittsburgh Pirates stuff