Over the last two days in the This Date in Pittsburgh Pirates History articles, we have posted mini bios for right-handed pitcher Jeff Robinson and right-handed pitcher Jeff Robinson. To help clear up the confusion between the two players, this article with scans of each player should help. One played for the Pirates in 1992 and the other was around from 1987 to 1989. I wanted to post cards of both of them with the Pirates for today’s article, but the 1992 Robinson wasn’t around for the entire season, so he didn’t end up with any cards on the Pirates. Instead, I decided to do their cards for the 1989 Topps set. That’s partially because we haven’t featured this set yet in our Card of the Day series. So here are today’s Card(s) of the Day, #267 and #681 for the 1989 Topps set, Jeff Robinson(s). 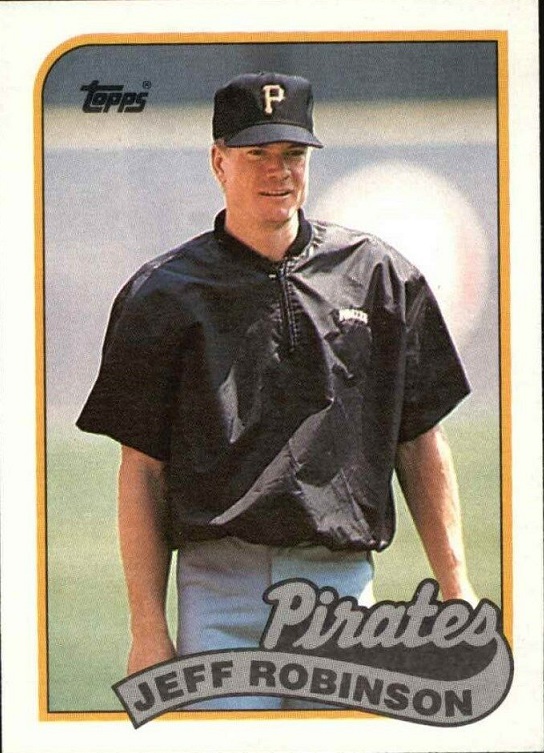 And here’s the front of Jeff Robinson’s card 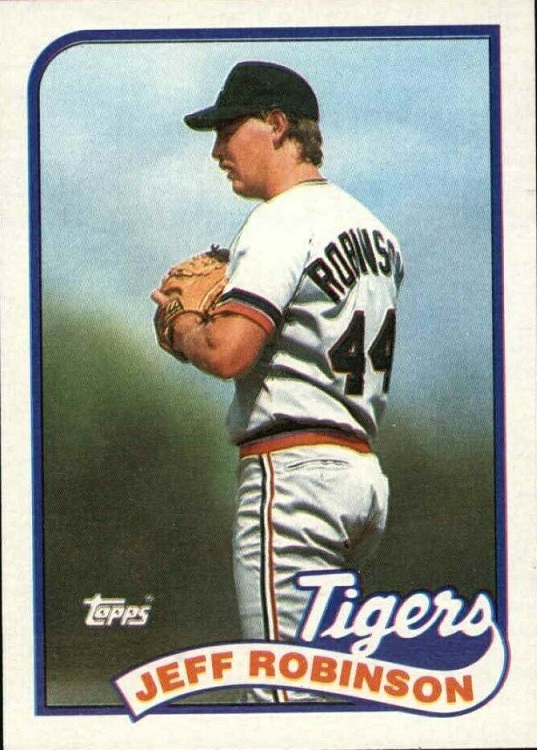 As for the 1989 Topps set, it was a rather simple design on the front, though they did something that always adds eye appeal for me. If you look at the Jeff Robinson card, you’ll see the yellow/gold border between the photo and the white border of the card. At the bottom, his name is in black, inside a gray banner. Now look at Jeff Robinson’s card. It has a blue inner border, white banner and orange lettering. Those aren’t coincidences. Topps used the team colors for the inner borders/banner/lettering on all players.

Here’s the back of Jeff Robinson’s card 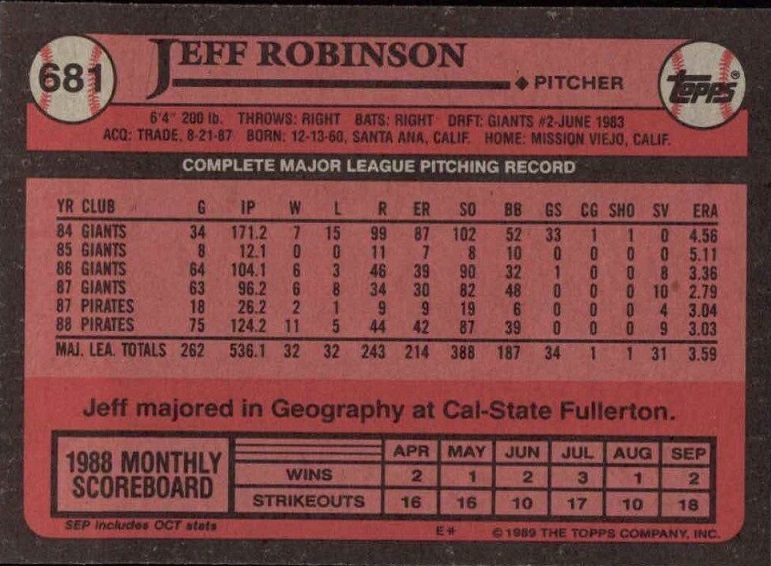 And here’s the back of Jeff Robinson’s card 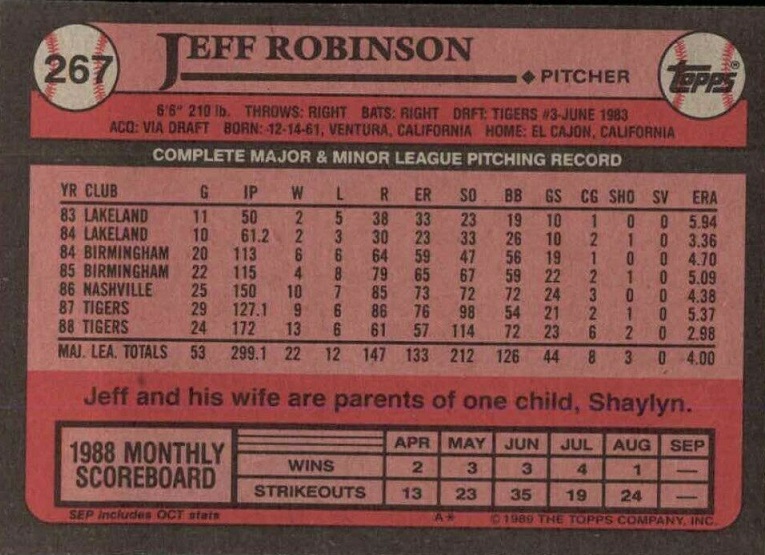 As you can see, the backs are representative of what you will see from Topps during this era. Personal info up top, stats, a bio line if there is room, plus they had a monthly scoreboard at the bottom. That last feature wasn’t around long. Jeff Robinson had a wife and one child, while Jeff Robinson majored in Geography at Cal-State Fullerton, which came in handy when he played for five teams in his last four years. One bit of interest here is that they decided to include minor league stats for Jeff Robinson, but they didn’t include any for Jeff Robinson. It’s not like Jeff Robinson had a long minor league career. He spent two seasons in the minors and only played at two levels, so it’s really just missing two lines of stats.

If you’re interested in either of these cards, they can be found cheap on Ebay, though not many people are selling them individually. The 1989 Topps set was massively overproduced and no cards in the set are really worth that much. The set includes the rookie card of all-time great Randy Johnson and one auction that included two of them, just ended for a total price of $2.25. The problem with buying commons on Ebay (which is a very small problem if you’re actually interested in the card) is that shipping costs more than the card itself. If you want a Jeff Robinson card, you’ll probably pay $1.50-$2.00. If you want a Jeff Robinson card instead, it will still cost you $1.50-$2.00, but both cards are worth about ten cents each. It just wouldn’t pay for some seller on Ebay to sell it for less than a dollar when they have to pay shipping and Ebay fees. That being said, if you really wanted one/both of these cards, I’m sure the price won’t ruin anyone’s budget.