This is just the second Arky Vaughan card to be featured here in our Card of the Day series and the first one had Honus Wagner on the card with Vaughan. This is the last place that should keep Vaughan under-appreciated like the rest of the baseball world, so here’s a solo offering for Vaughan. Truth be told, I thought about posting a new card article for Vaughan last month, but I had something else planned for him today on the 79th anniversary of his sad trade to the Brooklyn Dodgers, so we are having a little Arky appreciation day today. Here’s one of the more popular cards from his playing days, the 1939 Play Ball. 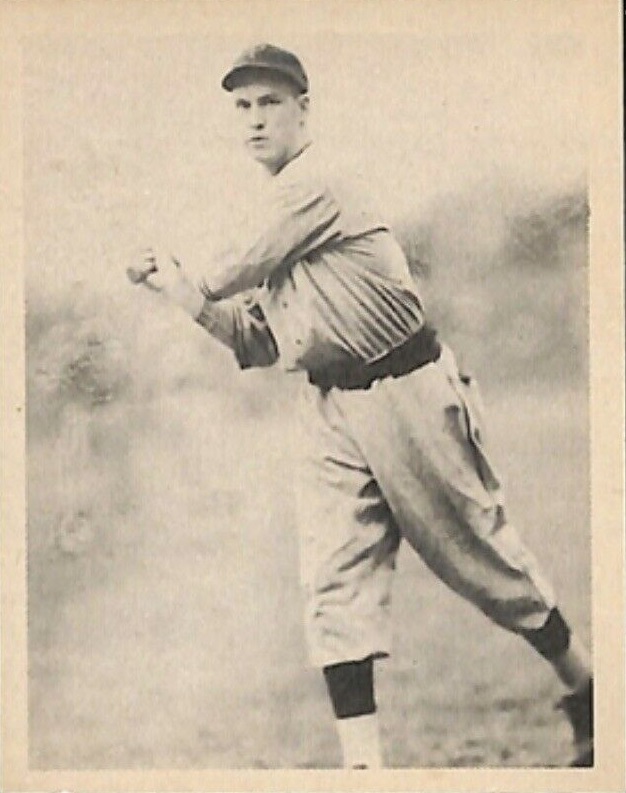 The 1939 Play Ball set is popular because they have a lot of great players, including early cards of Ted Williams and Joe DiMaggio. They were produced in high numbers back then and the average collector can piece together a set without any real issues if you’re okay with low grade cards. These black and white photo cards had a plain white border and they measured 2-1/2″ by 3-1/8″, or slightly smaller than your average cards being produced today.

The set has an evil trick that used to happen back in the day. There were 161 cards in the set and it was numbered to 162. They never produced card #115, so people would unknowingly continue purchasing the cards looking for that elusive last one that they needed. What made it even worse is that the back said there were 250 cards in the set. That was back when it was harder to get the info around that no one was getting card #115, so you could stop looking for it. This Vaughan card has a great batting/follow-through pose that was actually used in a 1936 set, but that picture was much smaller than the one seen here. 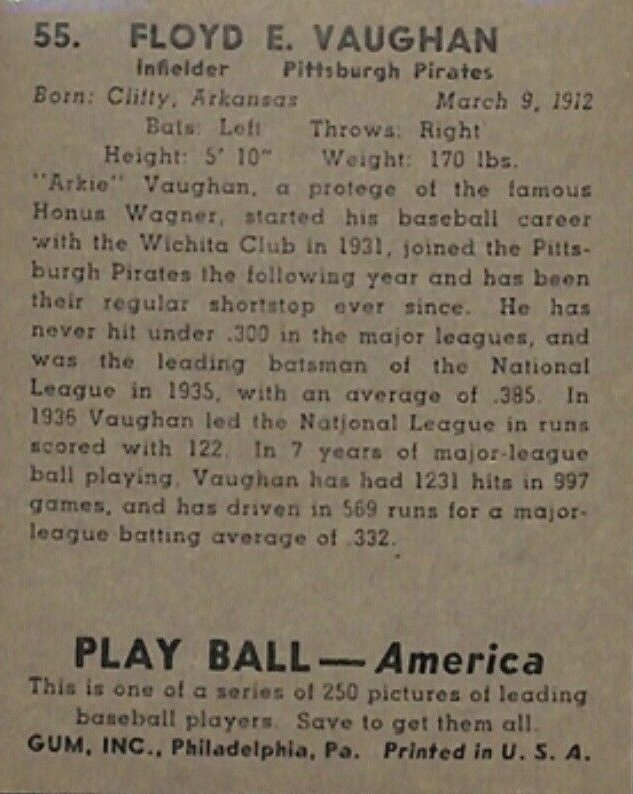 Obviously the first thing you notice here is the spelling or Arky, or Arkie. Also, Vaughan couldn’t completely get away from Honus Wagner in this article. He’s mentioned there in the very first sentence as the protege of Wagner. These cards don’t have stats listed, but they do give a nice summary of Vaughan’s career up to that point. The .385 average in 1935 that they mention is actually the Pirates single season record. The “seven-year total” for stats tells you that these cards were released before the 1939 season was completed. If you notice, there’s no other indication of a year on the card. At the bottom you’ll notice the “250 pictures of leading baseball players” that I mentioned above.

I assume that you want to add this card to your collection and you’ll be happy to know that it’s not only plentiful on Ebay, but it’s also very affordable for a Hall of Famer. It can get very pricey if you’re looking for a high grade version, especially one that has been graded by a third party grader (aka PSA, SGC or others).  One that was graded an SGC 20 (PSA 1.5 equivalent) recently sold for $30 and it was in acceptable condition. You can’t beat that for a Hall of Famer from a popular set that was produced 81 years ago. A PSA 8 Vaughan recently sold for just under $250. That’s better than any one currently on Ebay, but it was a straight auction and the ones listed as of this writing were all “buy it now” auctions.