I’ve been holding off on featuring this set on here because in my opinion, it’s the worst Topps regular issue set that they ever made. Most of that is based on the look of the set, but they also printed a TON of these to the point that they will never have any value. So not only are they worthless, they don’t have eye appeal to make up for that fact. Today’s Card of the Day features a former Pittsburgh Pirates prospect who turns 56 years old today. I present to you card #482 in the 1990 Topps set, Steve Carter. 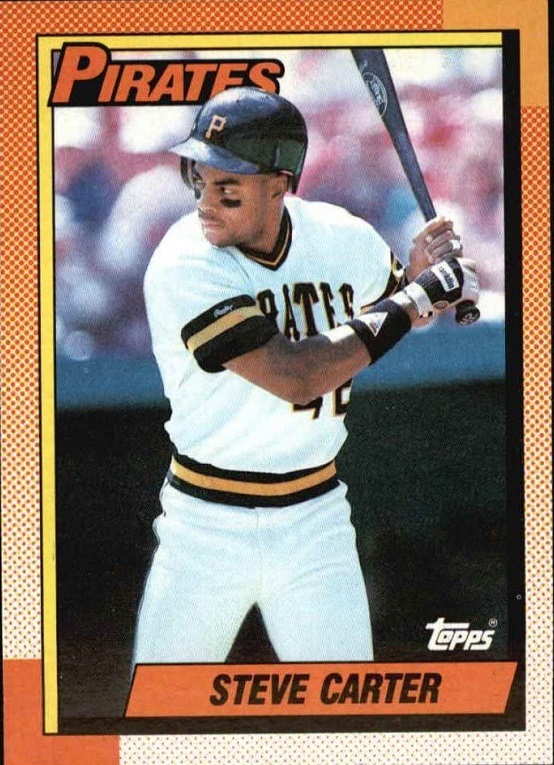 This border design is truly awful, but I’ll note that not all of the borders had the same color pattern. There were red, green, blue and purple borders as well. Nothing against the color orange, but it’s the worst looking one to me. The others looked bad as well because the box for the name didn’t match the other borders in most cases, but it just happens to do it here. Also, the team name color matches everything else here, making it oh so orange. The team name and name box all matched on every card, though there were also various color options like the borders. On some cards in the set you would have odd combos that had nothing to do with the team colors, which is something that Topps often did in other sets and it looked nice, especially the 1981 Topps set with the yellow and black for the Pirates cards.

To change things up from all orange, Topps threw a half border around the photo, but inside the main border, and made it yellow. It wasn’t always yellow, they just had randomized colors throughout the set. This design truly has the feel of a little kid of someone higher up at Topps being allowed to pick the design and they just rolled with whatever they said. The sad part is that this was the height of their production and they made a ton of money, especially when they sold packs of the traded set cards later in the year and grossly overproduced that set. 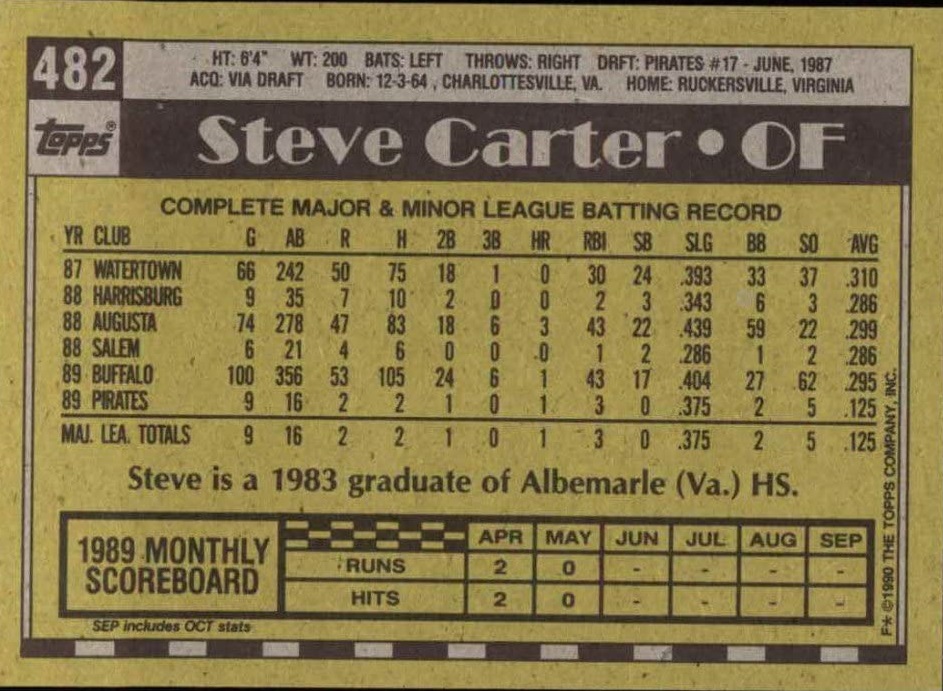 I actually don’t mind the back of the card, it’s the front that is the problem area. I’ve mentioned this plenty of times before, but Topps showed poor judgement some years with dark print on dark backgrounds, making the backs hard to read. The background color isn’t great card, but it works well with black print.

One thing I found funny while looking at this card is the note that SEP includes OCT stats. A few things could have been done differently here. There is clearly enough room for another box for October stats (one game that particular year, as the season ended on the 1st), or just a bigger box to put “SEP/OCT” in the title. Look how unnecessarily big the boxes are for runs and hits. Surely they could have been smaller. The other part I found funny was that the note at the bottom was abbreviated for no reason, they have a ton of space, plus something like that would usually have an asterisk. All of that being said, I’m sure no one was confused and it works as is, I would have just made it easier and eliminated the need for the note.

That monthly breakdown tells you something interesting. If you see a young player debut in the majors and only play nine games, you would assume that they are September contests. That would be a safe assumption, especially if the player was an actual prospect. Carter was up early due to multiple injuries. He was actually sent down on April 26th for one day, returning 16 hours after he left Pittsburgh when Andy Van Slyke was placed on the disabled list. Carter was not recalled in September. Despite being a prospect, his big league career lasted just five more games.

If you’re interested in this card despite the design, then you can get it for about $2 delivered. I’d suggest just getting the Pirates team set for a few dollars more and you’ll get all of the top players like Barry Bonds, Bobby Bonilla, Andy Van Slyke, Doug Drabek and many others that fall under “etc”