Today’s Card of the Day features two players, one being a former Pittsburgh Pirates player, and another who was a current Pirates player when the card was released. During the 1977 season, Pirates shortstop Frank Taveras led the National League in stolen bases. Over in the American League, Kansas City Royals shortstop Freddie Patek wore the stolen base crown that same season. Those two events led to today’s Card of the Day, a 1978 Topps Stolen Base Leaders card featuring Taveras and Patek. 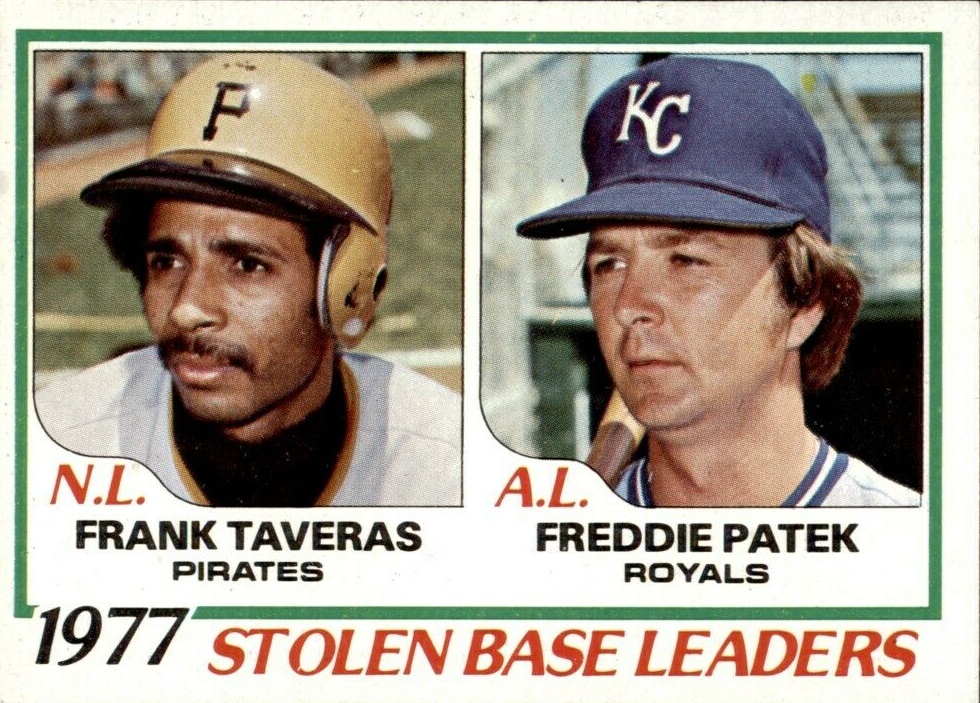 The 1978 Topps set had a rather bland design, though I like it a little more than the 1977 design, which I think is the worst of the 1970s. Some of you might disagree and I’d like to hear you make your case in the comments. I know there will be a few votes for the 1975 design being the worst. It’s one of those sets that people either love or hate.

An interesting note here on the photo used for Taveras. It’s just a cropped picture used on his 1976 Topps card, shown here: 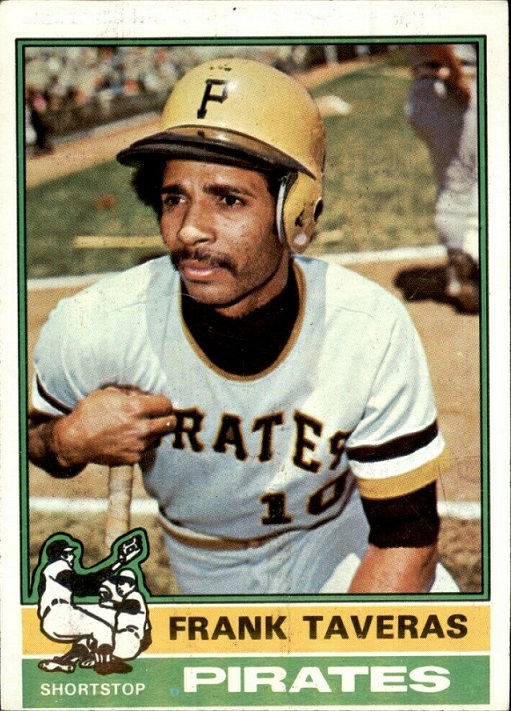 The photo used for Patek was a new one. In today’s This Date in Pittsburgh Pirates History article, I mentioned that Patek was traded to the Royals 50 years ago today. He spent three seasons with the Pirates and he had two cards during that time. I was actually looking for a good scan of his 1970 Topps card to use for this article until I scrolled by the photo of this card and switched up the featured card. I will use the 1970 Patek card in the future, and I’m sure his 1969 Topps rookie will get its day in the sun as well, but this combo cards works great for one of these articles. Something different than the standard one-player card and both players have Pirates shortstop ties. If this wasn’t a Pittsburgh Pirates site, I would have started with a 1973 Topps Patek because that is a great looking card (that one you have to look up on your own)

Here’s the back of the card with all of the good info: 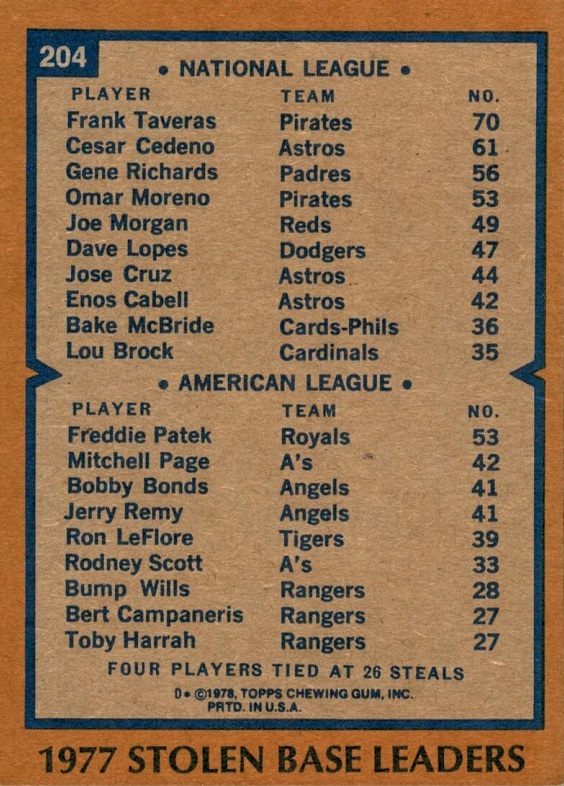 The back of the card features the top ten stolen base leaders in each league during the 1977 season. The AL technically only lists nine players because there was a four-way tie for tenth place with 26 steals. For some reason I was interested in that group, so maybe someone else was too. To answer that burning question, the other four players were Don Baylor (didn’t know the big man had those type of wheels!), Juan Beniquez, Cleveland Indians rookie outfielder Jim Norris and Matt Alexander, who would join the Pirates less than a year after this card was released and serve as a pinch-runner for the 1979 World Series champs.

Other players of note include Omar Moreno sitting there in fourth place with 53 steals. Hall of Famers Joe Morgan and Lou Brock. Bobby Bonds, the father of Barry Bonds, and Bump Wills, the son of Maury Wills. Mitchell Page was part of the trade to get Phil Garner, though Page never actually played in the majors with the Pirates. Also, the Astros really liked to steal bases, three of them there with 42+ steals.

If I sold you on this card, then go to Ebay immediately for it and pay no more then $2 total. There are numerous auctions in that price range. You could also get one (as of this writing) for about $12 in a PSA 7 grade. There’s even one for sale signed by Taveras for a little more cash outlay.