This article is a mixture of a Card of the Day, Game Rewind and a Memorabilia post, so I wasn’t sure which section to put it in. John Fredland, who has been a Pirates Prospect contributor in the past and has also shared a few articles here since the switch, writes Game Project articles for the Society for American Baseball Research (SABR). They are basically a little more in depth than most of the Game Rewind articles we post here 1-2 times per week. John just recently finished up an article on a special Pittsburgh Pirates game from 1950 and posted it on the SABR site, so I asked him to just give a little write-up of what brought the article about and then I linked his newest work at the bottom of the page. John also does something special for the featured players in every game he covers. He buys a baseball card.

Here’s the card for this latest feature, along with a comment from John about his new collecting habit:

“Whenever SABR publishes on of my articles for the Games Project, I pick up a baseball card that commemorates the game. This time, it was Phillips’ handsome 1952 Topps card.” 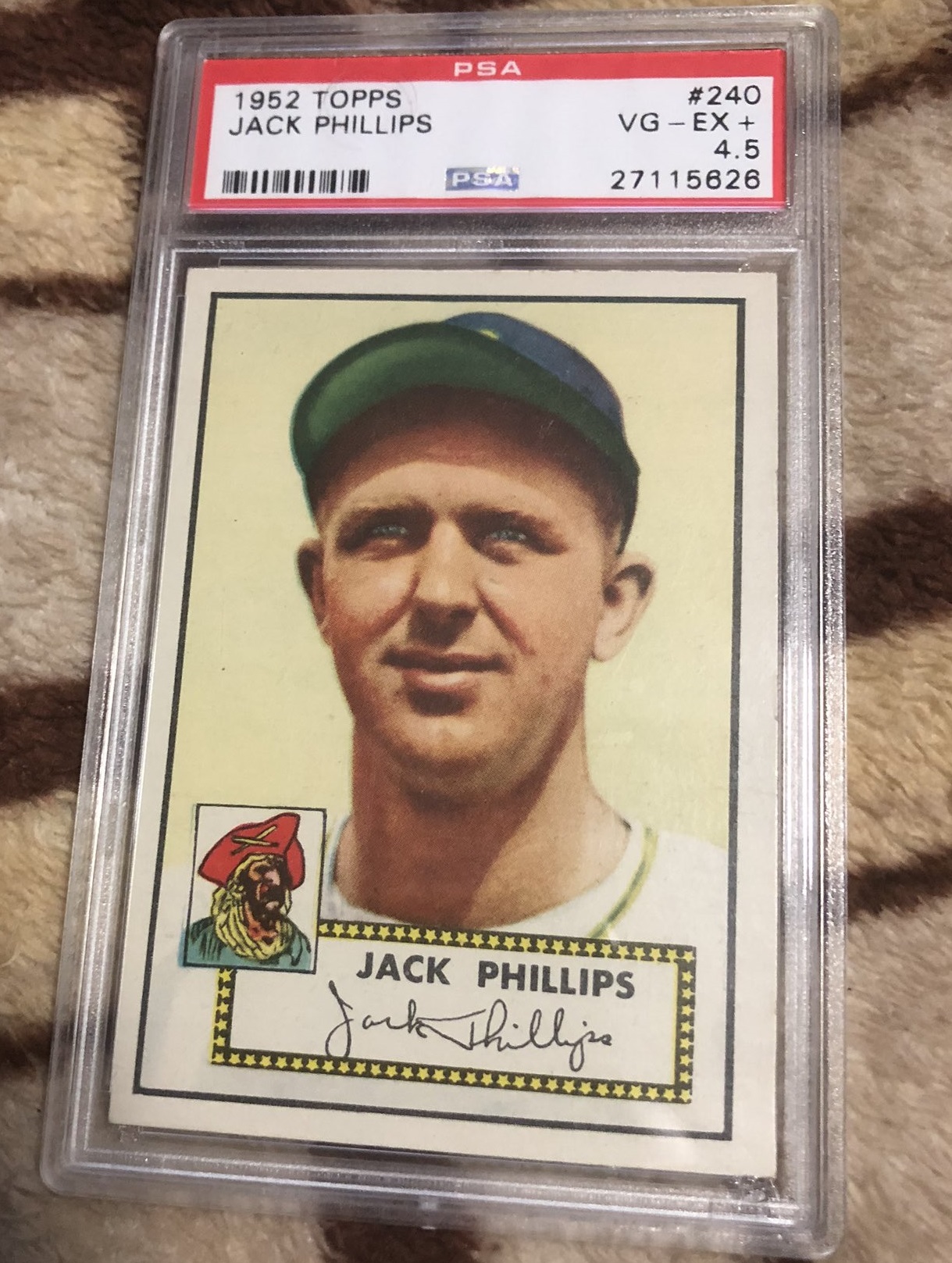 If you’re interested in picking up one of these cards, especially after reading the game recap below, you can get a low grade (ungraded) copy for about $10 delivered. This particular grade shown would be about $25, while the price jumps into triple digits once you get to the high grade cards.

I first learned of the fantastic finish of the July 8, 1950 Pirates-Cardinals game several years ago, when I was highlighting a daily game from Pirates history for Pirates Prospects. An ending involving a walk-off pinch-hit grand slam—and a near miss on a would-be game-saving catch by the legendary Stan Musial—was compelling enough to stick in my mind. Plus, coverage from the Pittsburgh and St. Louis newspapers provided several different perspectives on the game-winning play: views from Musial, Pirates bullpen catcher Len Levy, an umpire, and the viral rumors that spread to the All-Star Game later that week.

In researching the game for SABR this year, a couple of deeper aspects emerged. Hank Greenberg was long gone from the Pirates lineup by 1950, but the “Greenberg Gardens” fence in left field was still around to decide games. Without Greenberg Gardens, Musial catches Phillips’ drive for a sacrifice fly and the second out of the ninth; with it, Musial bangs off the fence without the ball and Phillips has a game-winning grand slam.

The other angle was this game’s role in what was essentially the final stand for the Cardinals’ dynasty of the 1940s. St. Louis won three World Series between 1942 and 1946. Their on-field core—Musial, Schoendienst, Slaughter, Marion—was still around in 1950, but they were several years older and the farm system was not producing more players of their caliber. The result was a team good enough to take first place in early July, before collapsing in the season’s second half. Besides knocking the Cardinals out of first place temporarily, the last-place Pirates’ sweep in Forbes Field foreshadowed St. Louis’s second-half downfall.

John Dreker
The Pittsburgh Pirates announced that infielder Rennie Stennett has passed away at 72 years old. He was with the Pirates…

What if? John Wooden, Pirates Manager

WTM
In the wildest World Series finale to date, the Pirates beat Washington, 9-7, on a wet day at Forbes Field…