Today’s Card of the Day is the 1973 Topps Roberto Clemente. It’s considered to be the final card from his playing days, despite the fact that he passed away on December 31, 1972. He was still an active player when these cards were produced. Today is the 66th anniversary of the Pittsburgh Pirates acquiring Clemente in the Rule 5 draft, so he’s the perfect player to feature in our Card of the Day article today.

The 1973 Topps set is the last one that Topps issued in series during this era. Clemente was card #50 in the set, so he was include in series one from that set, which was released first and consisted of 132 cards. They would split the 660-card set into five series. 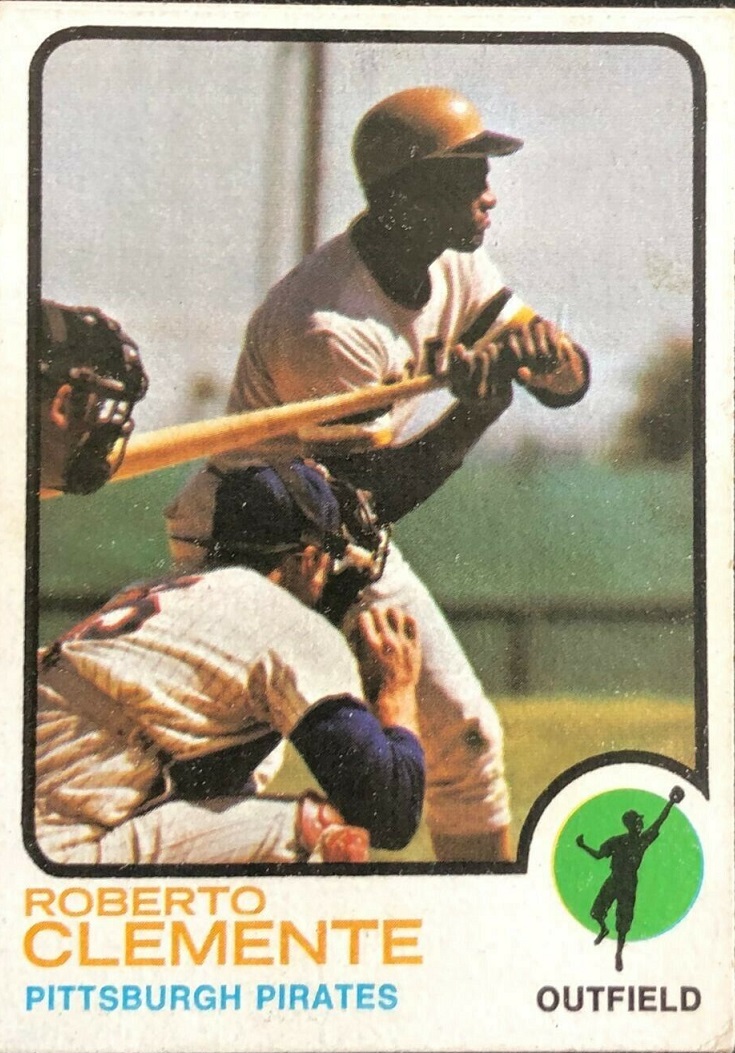 The 1973 Topps card of Clemente was a bit different from all of his other base cards issued by Topps. There are no other action photos of him. All of them are either posed action or portraits. Also, all of the other cards are shot from the front, with Clemente either looking at the camera or just off to the side. Topps issued “in action” cards in 1972, which were separate from the base cards in the set. That particular Clemente still shows a straight on view and it appears to depict him disagreeing with an umpire’s call. That makes the 1973 Topps card unique for Clemente.

One of the highlights on this card isn’t noticeable unless you collected cards from that era. For a long time in the middle of his career, Topps went with “Bob” as his first name. They reverted back to Roberto in later years and some fans consider those cards to be more desirable, especially if you factor in the earlier cards, which includes his rookie and the popular 1956 Topps design.

Another highlight is something Topps did in 1973. In the bottom right corner they listed the positions of each player and the little man in the corner was in a different pose, depending on the position. While it didn’t get more specific than that, the outfield player seems to fit Clemente well. 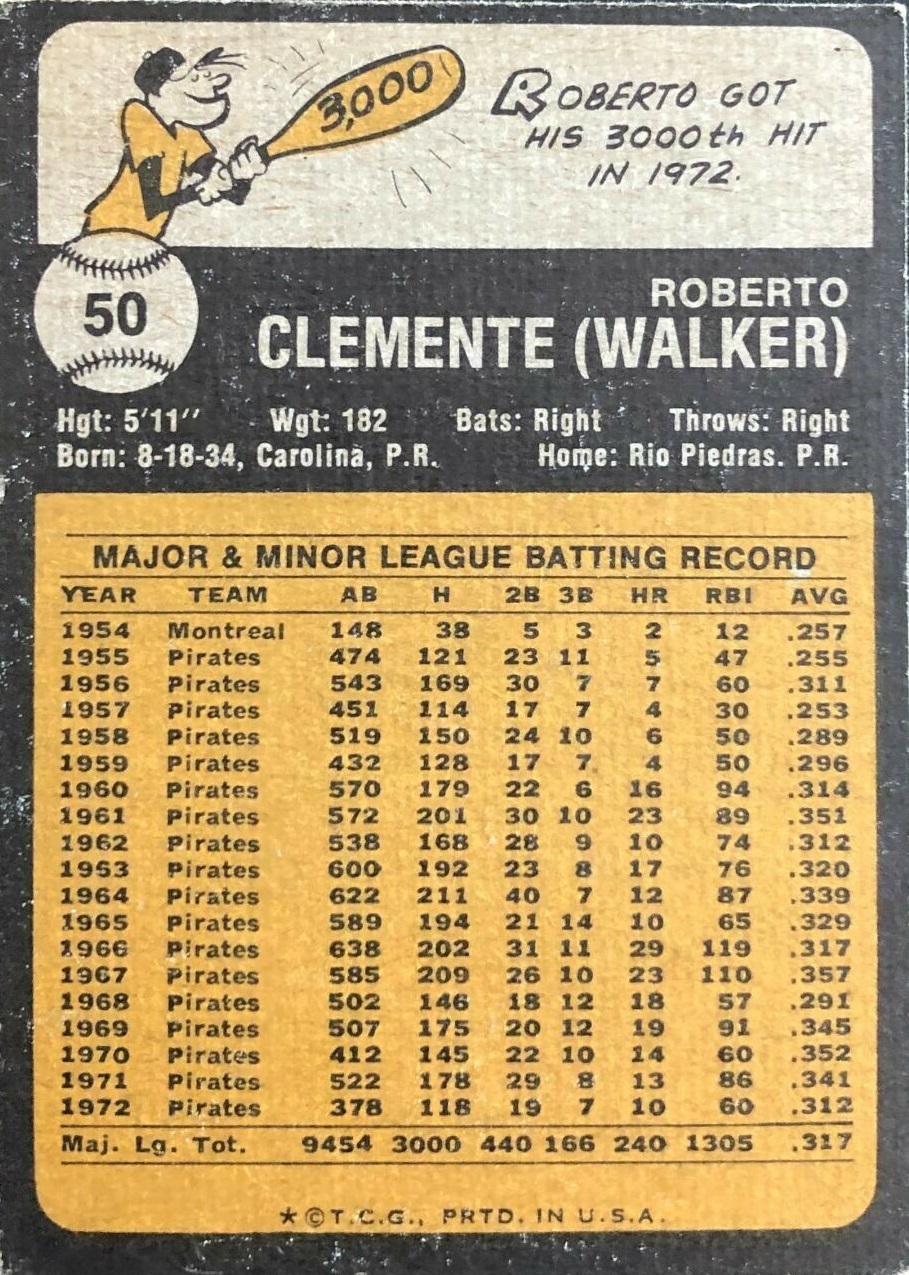 What I like most about the back of this card is that it has his entire career stats, including his only time in the minors. The reason behind that being true obviously isn’t a good one, but you still have his year-by-year totals for seven different categories. Since Topps went with a vertical layout design on the back, it limited the amount of categories they could include. I actually don’t mind it being limited because the alternative would be smaller print to get more categories. With a player like Clemente being in his 19th year of pro ball, the print was already small to get everything on there. The scan I used is bigger to show details, so you don’t really get a good feel of the small print unless you have the card in hand.

The back of 1973 Topps cards included a cartoon fact at the top of the card. In this case, they mention Clemente’s 3,000th hit. For players who were earlier in their careers, the back also included a mini bio section. Someone like Richie Hebner has a nice little write-up, while players like Clemente and Hank Aaron don’t have the room for a bio.

If you want to add this card to your collection, there is no shortage of them available on Ebay. If you want to go high grade, a PSA 9 recently sold for $499. You go down just one grade, which is sometimes impossible to tell the difference in condition, a PSA 8 went for $165 on Ebay recently. That’s the low price, but they have gone for as much as $250 in that grade, so patience will pay off. If you don’t want to play with the high rollers, you can find low grade versions that are ungraded and they can go for as little as $10. I’d suggest one that looks a little nicer and pay about $20 for it. You won’t regret the decision. It’s a card that will always hold it’s value and likely go up in the future as earlier cards get priced out of some people’s range.