Today’s Card of the Day is for the overshadowed Hall of Famer born on this date. Pittsburgh Pirates fan all know the great Pie Traynor, but he shares a birthday on November 11th with Rabbit Maranville, shortstop for the 1921-23 Pirates. Traynor was a shortstop when he joined the Pirates, but Maranville was in his tenth season and he’s considered to be one of the greatest defensive players in baseball history, so he wasn’t moving off of the position for a 22-year-old rookie. Today’s card is straight out of my own collection, one that I bought six years ago (almost to the exact date). It’s a 1922 W575-1 Rabbit Maranville with a Henry A. Johnson back. 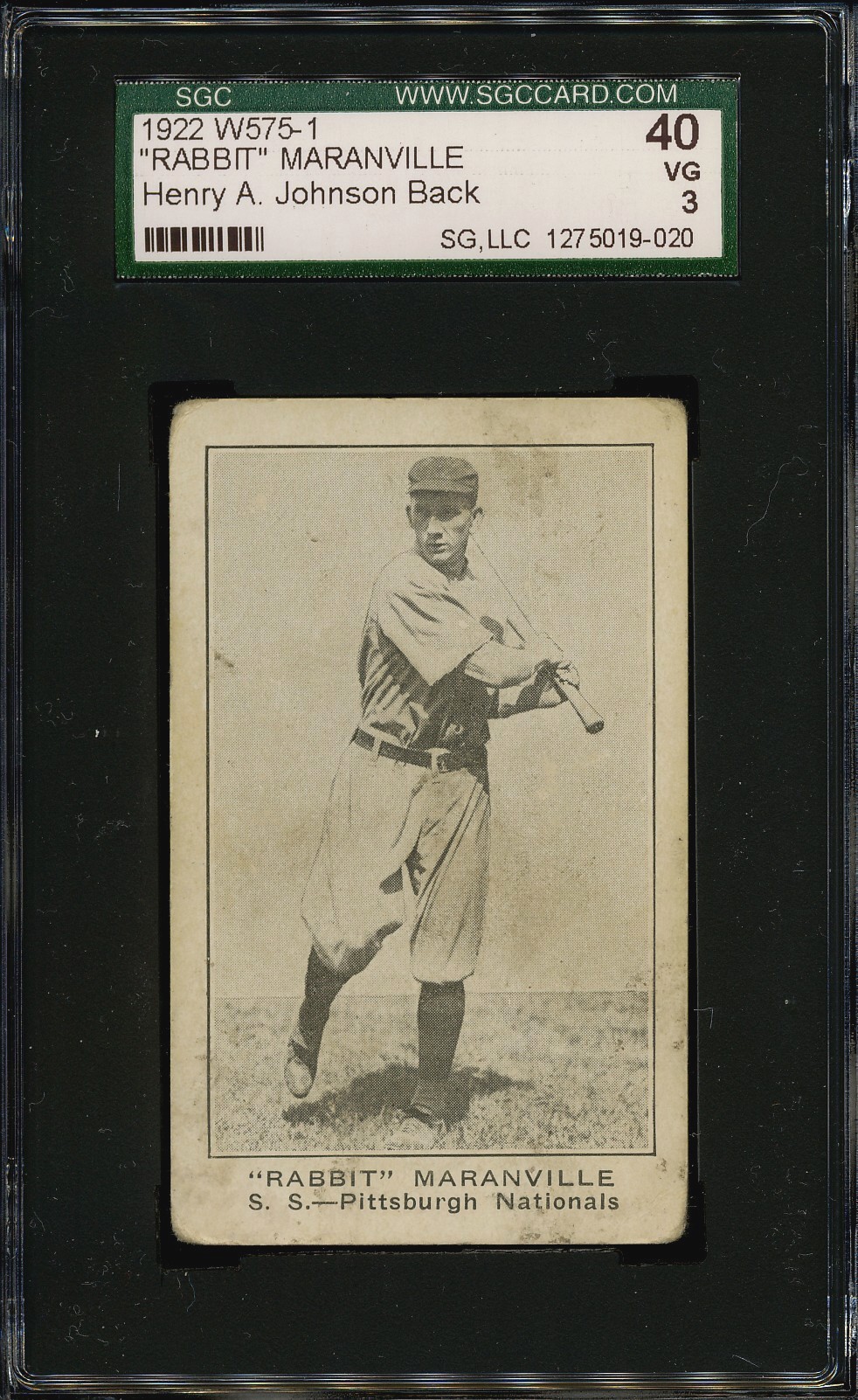 This particular pose of Maranville can be found in other sets from that era. The most popular would be the 1921 E121 American Caramel set, but there are a handful of other cards from that small time period when he was with the Pirates that look very similar. So if you like this pose and want to add it to your collection, you have numerous options. What makes this particular card special is the back. 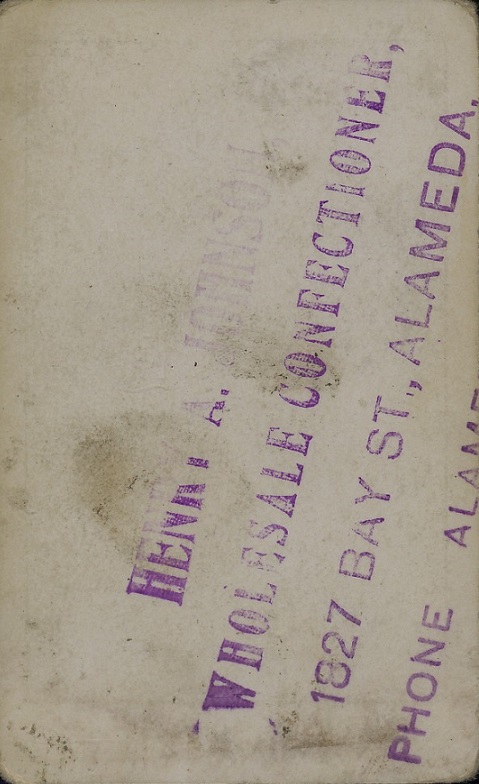 The back is normally blank on W575-1 cards, but in this case, a wholesale confectioner from Alameda, California named Henry A. Johnson sold these cards (or possibly gave them away) with his own advertisement on the back. He stamped his name, address and phone number on the back of the cards in purple.

The W575-1 cards are very rare, especially when you compare them to most other cards featured here. Right now on Ebay there are 55 examples for sale from the set. With 196 players in the set, that means that at least 141 players aren’t available for sale right now on the site (I didn’t check for doubles). If you wanted one with the Henry A. Johnson stamp back, then those are even tougher to find. Right now there are eight of those cards available on Ebay, or approximately 4% of the set.

If you’re a type collector, then you want to add one of these backs to your collection, assuming you haven’t already. If you just want a cool card of a Hall of Famer with the Pittsburgh Pirates, then I’d suggest not worrying about the back stamp because you might not see another one come up for Maranville. You can go for the E121 card mentioned above and be just as happy with your purchase because the front of the card looks exactly the same. The E121 card has an ad that was printed (not stamped) on the back. There is one on Ebay right now for under $80. There are also more expensive versions available for that same pose from much tougher sets to find, such as a $4,750 (with best offer option) 1921 D327 Holsum Bread Maranville.