Today’s Card of the Day is a first for this particular set from 1976. It features John Candelaria, who is celebrating his 67th birthday today. The SSPC set includes 630 cards. At the time of this set, Topps had exclusive rights with MLB in licensing cards of current MLB players. Shortly after this set was printed, Topps sued the company and they were only allowed to sell the cards that they had already printed, with no future sales of any similar products. The SSPC company was the same as TCMA, which decided to produce sets of retired players instead, which was allowed at the time. They also had a strong market in minor league sets. Since they couldn’t continue producing these cards, they are considered a rare set for the time period, especially years later now with attrition taking its toll on the set population. John Candelaria was a rookie in 1975, so this is considered to be one of his rookie cards, along with the 1976 Topps issue. 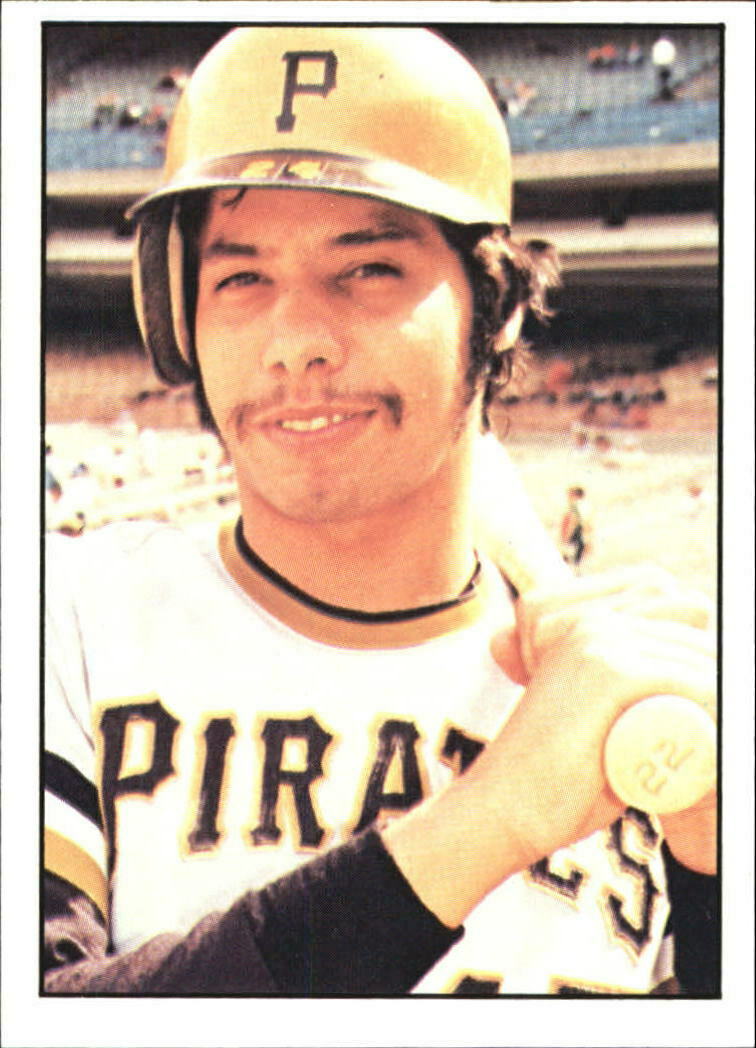 As you can see, Candelaria is holding a bat in this photo and he was quite the feared slugging. In his rookie season, he batted .140 with no extra-base hits. You might notice some odd things in this photo. The batting helmet has the #24 on it. Depending on when this photo was taken in 1975, that number was either being worn by Paul Popovich, no one, or Omar Moreno. The bat in the photo has #22 on the knob. That was worn by Richie Zisk that season. So not only is Candelaria batting in the photo, he needed help from two teammates to finish the ensemble for the photoshoot. 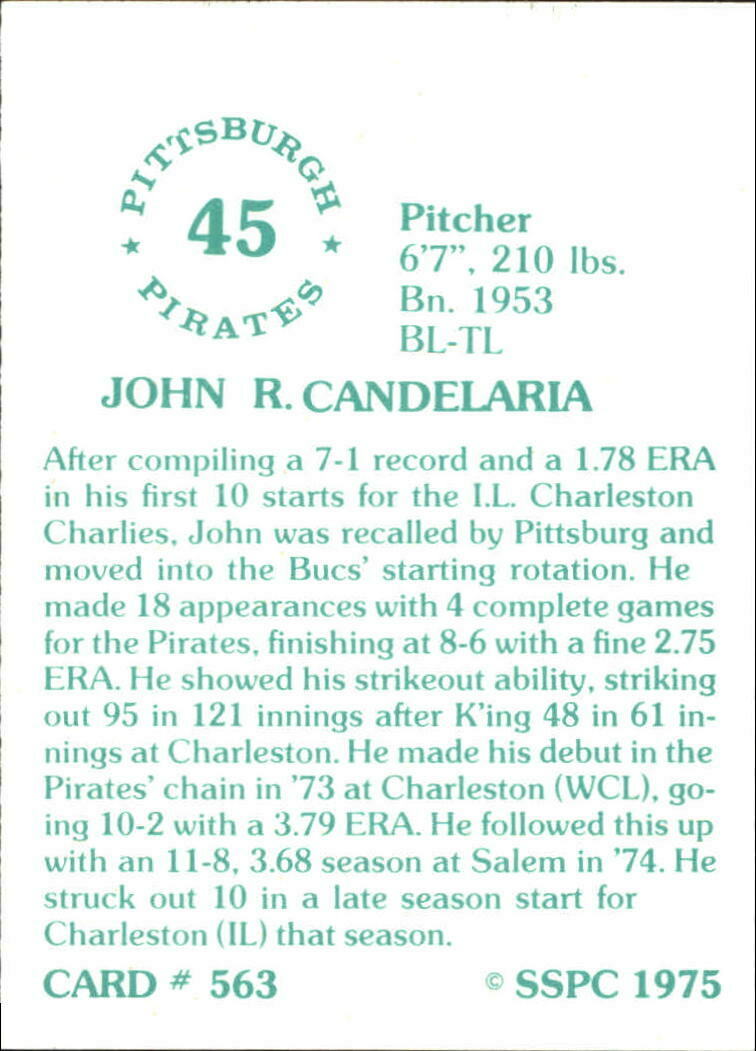 The back has “45” inside a circle formed by the team name. That was Candelaria’s number for part of the 1975 season. He also wore #49 and #50 that year before switching to the more familiar #45. The back of the card has a nice bio section covering his time in the minors and his rookie season, though the misspelling of Pittsburgh obviously stands out. You can see in the bottom corner that the cards have a 1975 copyright date. They were produced in 1975, but they were not released until 1976. Card companies now do the same thing, producing cards once the season ends, then releasing them months later, so that’s why it’s considered a 1976 set.

These cards are fairly cheap and a complete set can be had for $110 as of this printing, with two sellers at that price on Ebay. The Pirates team set can be had for $18 and you get 27 cards. If you just want the Candelaria, you are going to pay a little more UNLESS you search for “1975 SSPC”. That’s not always true, but while writing this up, I saw two cards available for under $2 under “1975” and none of the properly listed 1976 auctions were less than $5, mostly due to the shipping charges. It’s not a very common card, but the lack of popularity with the set keeps the prices down. It’s significantly easier to find his 1976 Topps card (the current Ebay ratio is 7:1 in favor of Topps), but the prices are about the same.