Today’s Card of the Day features Orlando Merced, who played for the 1990-96 Pittsburgh Pirates. He also turns 54 years old today. This card comes from the 1993 Topps set, but there’s an added card for today’s article to make things a bit more interesting. When Topps released their set in 1993, it came with chase cards for all 825 cards in the set. Every player had a Gold variation card, which was much more difficult to find than the regular base card.

The 1993 set marked a change from previous years, which had 792 cards in the set. This set was not only increased by 33 more cards, but it also got released in two different series. The first series had 396 cards, while the second series had 429 cards. Merced was released in the first series. The Gold cards were included as inserts in packs and factory sets. The 34-card cello packs had two Gold cards per pack.

Here’s the front of the regular version: 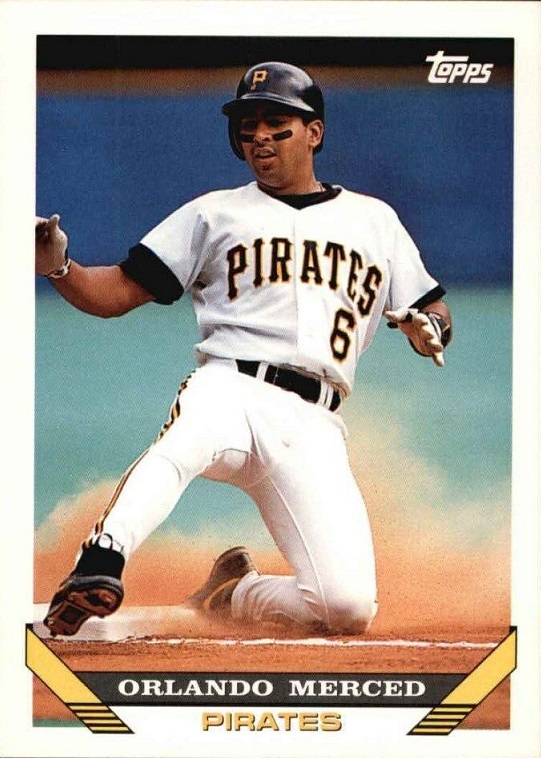 This is a great in action pose of Merced. It’s probably from the 1992 season, and he appears to be sliding into third base, but he could be returning to first base I suppose. Merced finished second in the NL Rookie of the Year voting in 1991. 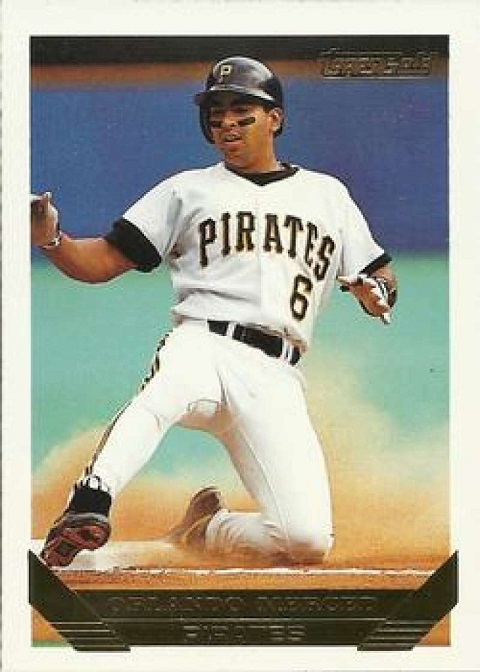 This card has the gold foil stamp in the upper right-hand corner, along with the entire bottom section for the name/team stamped in gold foil. While I appreciate rarity in cards, I’m a bigger fan of the base version of this card. The reason is quite simple. The black&gold colors for the Pirates are represented in the base version, while the Gold version loses that visual appeal for me. I do like it on other teams, but let’s be real, the Pirates have the best color combo in baseball. In reality, I’d prefer having both versions side-by-side, but I’d pick the base version if I was only allowed to have one. 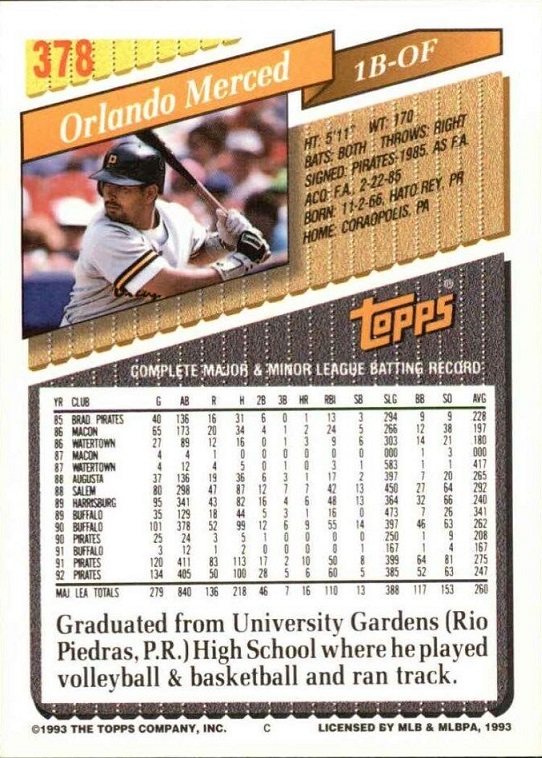 The back of this card is great because it includes his entire pro career stats, from his debut in the GCL in 1985 through the 1992 season. The color combo on the back makes everything easy to read (not something Topps was good at for many years) and it also adds a second photo for Merced. For players who didn’t have long careers up to that point, Topps was able to add some bio information at the bottom. Puerto Rico is now part of the MLB draft, but Merced signed four years before that became a rule, so he was considered to be an international amateur free agent at the time.

If you just want the base card from this set, then you’re going to have to shell out $1-$2 depending on the shipping cost. The Gold version is much harder to find, but as of this write-up, there are three listed on Ebay and they cost just a little more than the common. The difference in availability is the reason for the price increase, but the true rarity of the Gold version vs the base version isn’t reflected in the price. That’s because the 1993 set isn’t highly collectible at this point (other than the Derek Jeter rookie), which is good for you if you want to get this particular card.