Today’s Card of the Day is actually two cards and I’ve been looking for the right time to feature the pair here. Today is Lee Tunnell’s 60th birthday, so it seems like the appropriate day. What we have here is two cards that make up one bigger “card” when posted side-by-side. Being from northern New Jersey, I know about the Holland Tunnel. However, I don’t know how many people across the country actually got the connection, and back in 1985, they couldn’t just go to the interwebs to look it up. That didn’t stop Fleer from putting Philadelphia Phillies pitcher Al Holland and Pittsburgh Pirates pitcher Lee Tunnell side-by-side for a two-part card they called Holland Tunnell.

Here are the fronts of each card full size, followed by a smaller scan of each side-by-side:

Tunnell (right side of the two-part card) 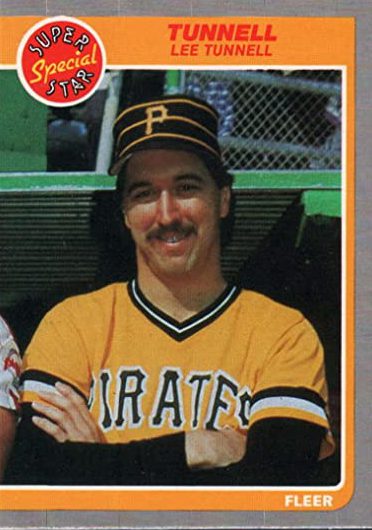 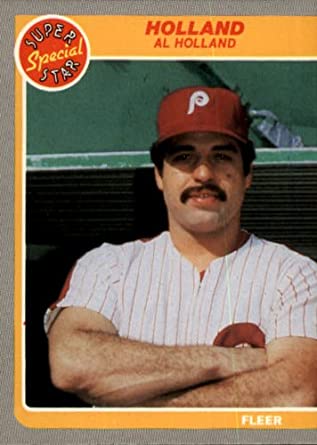 As you can see on both the Holland and two-card scans, part of Holland spilled into the Tunnell side. That partly because they were not similar looking pitchers. Holland was a stockier player, listed at 5’11”, 207 pounds, while Tunnell was a toothpick, going 6’1″, 180 pounds. It wouldn’t surprise me if both of those numbers were slightly off in opposite directions. Both players have their arms crossed on front, with the connecting phrase at the top, just above their names. These cards are #637 (Holland) and #638 in the set, so if someone had/has the complete set, the cards would be right next to each other.

Here’s the back of the Tunnell 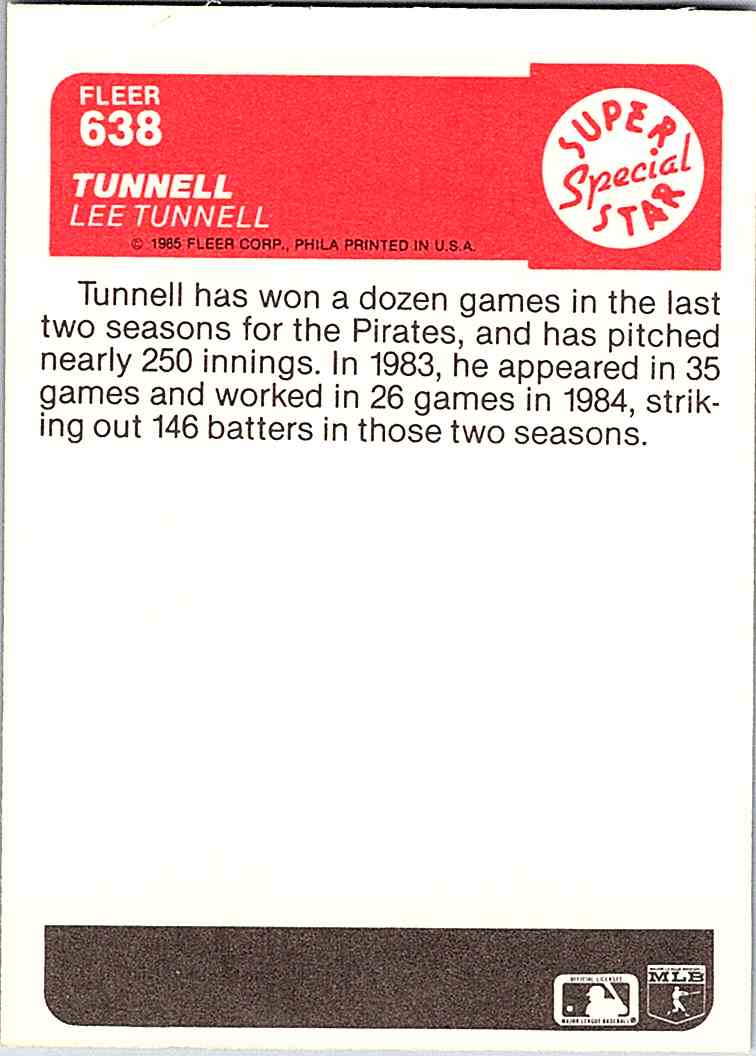 The Holland card has a bit more writing, but no real explanation or bad pun that connects the person reading the cards with the actual Holland Tunnel. Holland’s card calls the pair two of the more intimidating pitchers in the National League. That was quite a stretch, considering that Lee Tunnell went 1-7, 5.27 in 68.1 innings in 1984. Holland was better than Tunnell in 1984, though his ten losses as a reliever is quite the total. He didn’t exactly dominate with a 3.39 ERA and 4.32 FIP, but he was fourth in the league with 29 saves.

On June 29, 1985, about six months after these cards first hit the shelves, Holland pitched in relief during a start by Tunnell. Holland was acquired by the Pirates two months earlier in a trade for Kent Tekulve, but that was the first time that they pitched in the same game. They would pitch in the same game twice in July, before Holland was traded to the California Angels.

You can find the pair of cards for about $2.50 delivered on Ebay, with two sellers listing the cards together as a pair in one auction. If you just wanted the Tunnell card for some reason, the price is basically the same, with shipping taking up half of the cost in most cases. If you look around, you can usually find a common card for a $1 delivered, but you should really get the pair if you’re interested. There are also a handful of Tunnell cards autographed on Ebay, but surprisingly, no Holland autograph cards, so as of the day I wrote this up, you couldn’t put together the autographed pair by going through Ebay.