Today’s Card of the Day features pitcher Jim Bibby, who was born on this date in 1944 and played for the Pittsburgh Pirates from 1978 until 1983. This is the first time that I have used Bibby as the subject for a Card of the Day, so I had numerous cards to choose from, though I limited myself to ones showing him on the Pirates obviously. I went with the 1981 Topps card for one specific reason, but found a second great reason while writing up this article. 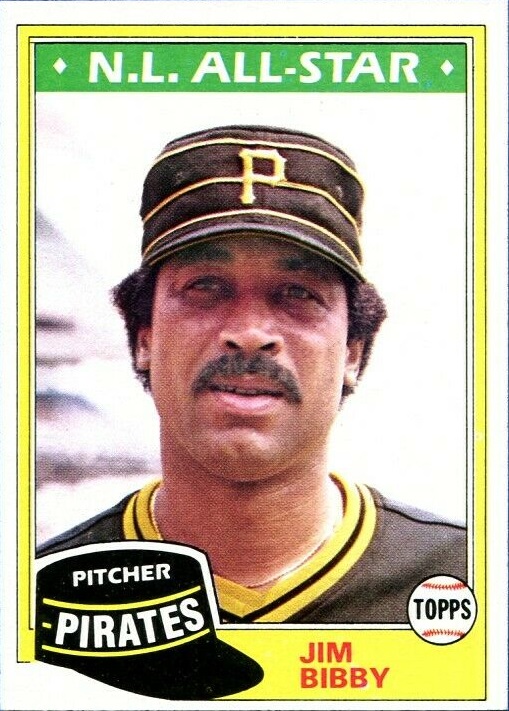 We will have more Bibby cards here in the future, but I decided to start with the 1981 Topps because the NL ALL-STAR banner at the top caught my eye when scrolling through options. I’m also quite fond of the 1981 Topps front design because they used the actual team colors.

Perhaps the best thing here, which I never noticed before today, is that cap in the bottom corner. I honestly can’t believe I’ve missed it all of this time and never read about it anywhere else. Topps gave the Pirates players a pillbox hat in the bottom corner, where it lists the team and position. They are the only team in the set with a cap logo that looks like that. All of the others have a normal looking hat.

Here’s an example using another All-Star from the set: 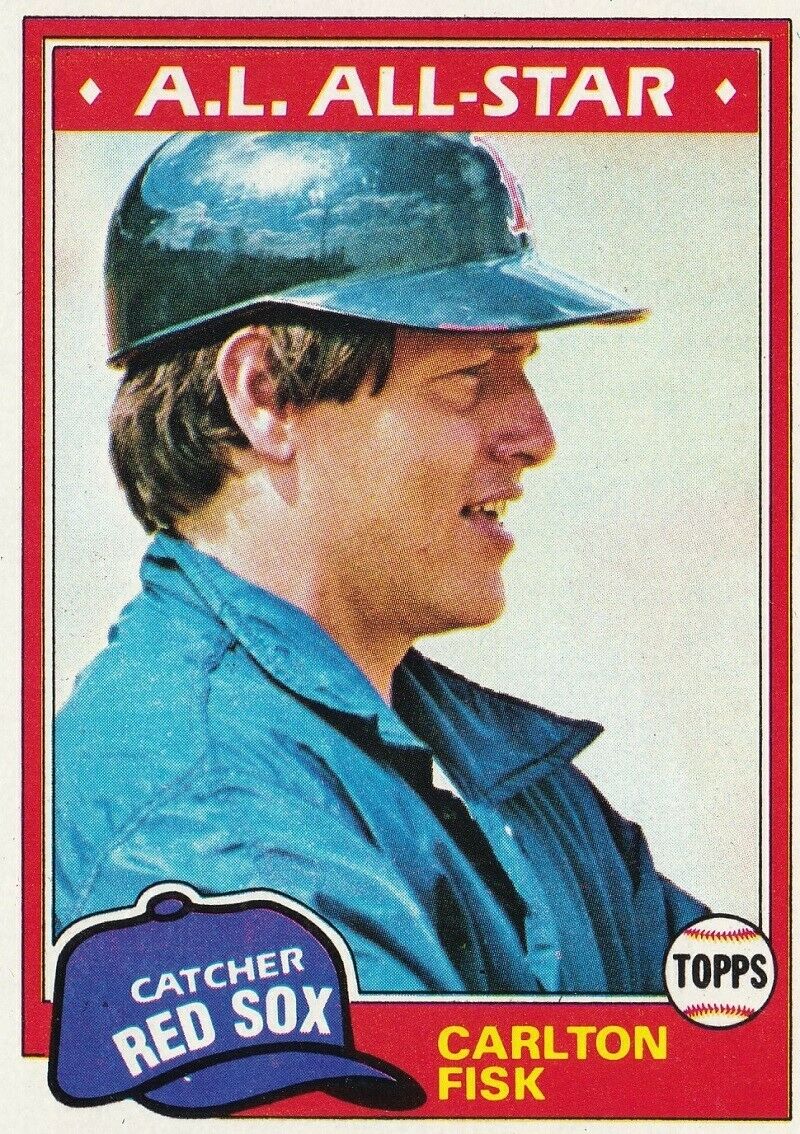 Here’s the back of Bibby’s card: 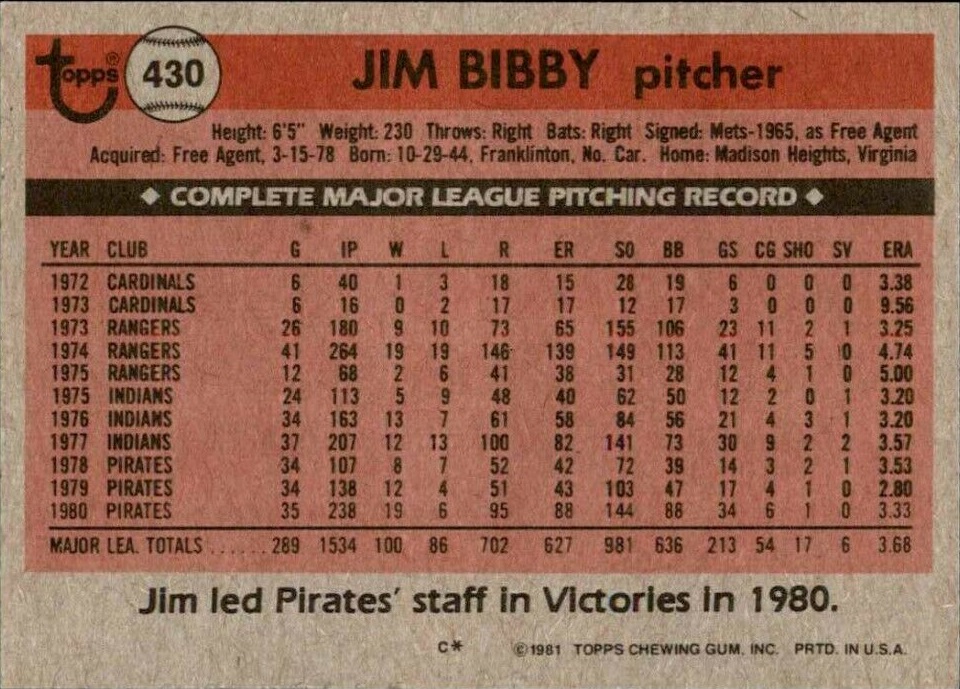 As shown on front, Bibby was an All-Star in 1980. That was his only All-Star appearance during his career. It was his second best season according to WAR, falling behind his 1973 season when he put up a 9-10 record, showing once again that win/loss records don’t mean a lot. I’m sure if you went back in time and asked Bibby though, he would have traded that 9-10 record for a 19-6 record any day. As you will note in the win column here, Bibby’s 19th win in 1980 was the 100th of his career. What is probably hard to believe if you don’t know Bibby’s story is that he had just 11 victories left in his arm. Today’s This Date article has the details.

The bottom of 1981 Topps cards had a player note on the bottom, as long as there was room for that note. Players who were in the majors for a long time did not have notes. Bibby led the Pirates with 19 wins, eight ahead of John Candelaria, who finished in second place. That’s a solid fact with only one line available for the note, but it may have been better to note that Bibby finished third in the Cy Young voting in 1980, the only time he received any Cy Young votes in his career.

This is a common card in the 1981 Topps set and you can easily find it on Ebay in the $2 range, usually with shipping costing just as much as the card itself. There’s a Gem Mint copy graded by SGC that is for sale right now for $32.99 plus shipping. There are also quite a few autographed versions. He’s not a difficult autograph, but he passed away in 2010, so there isn’t an unlimited supply out there either.