This card is considered to be part of the postseason subset, which includes a total of ten cards. There are two playoff cards for the championship series (one for each league), one card each for all seven games of the World Series, then the card you see below showing the Pirates celebrating the series victory over the Baltimore Orioles, the first of two times that the Pirates beat the Orioles in the 1970s. 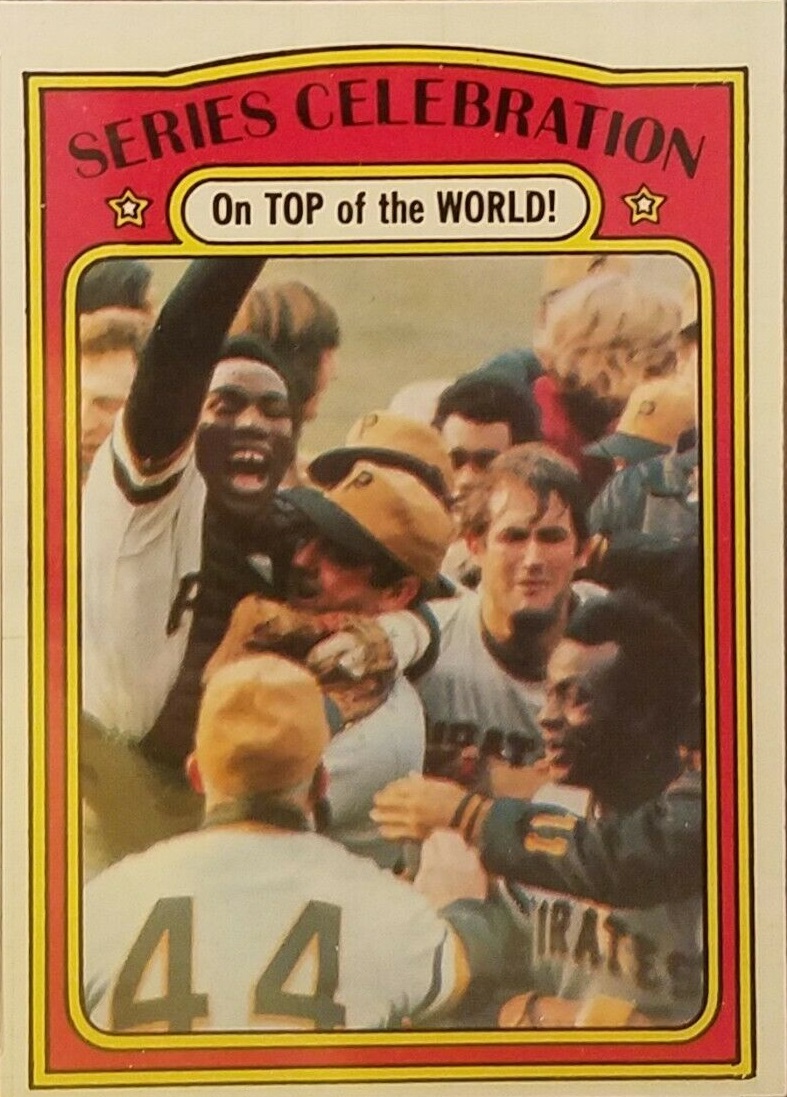 The first thing everyone has to notice on here is Manny Sanguillen’s smile. Everyone has seen it, basically any time you see Manny Sanguillen. This one however, might be his best one ever. He’s celebrating in the middle of the pile with all of his teammates, being held slightly off the ground. You can see Steve Blass there, fresh off recording the final out, looking like his emotions have got the best of him. The big #44 right in the front is third base coach Frank Oceak, who was also there in the highlights for Bill Mazeroski’s walk-off homer in 1960, congratulating Maz as he rounded third base.

If you’ve seen the celebration after the final out in 1971, you know that the Pirates weren’t on the field for a long time. Just 25 seconds after Bob Robertson caught the ball at first base for the final out, the Pirates were already starting down the dugout steps to celebrate in their locker room. So any cameraman there didn’t have much of a chance to get celebration photos. You’ll notice in the back of this photo that there were actually some stray fans on the field and they made it onto this card. 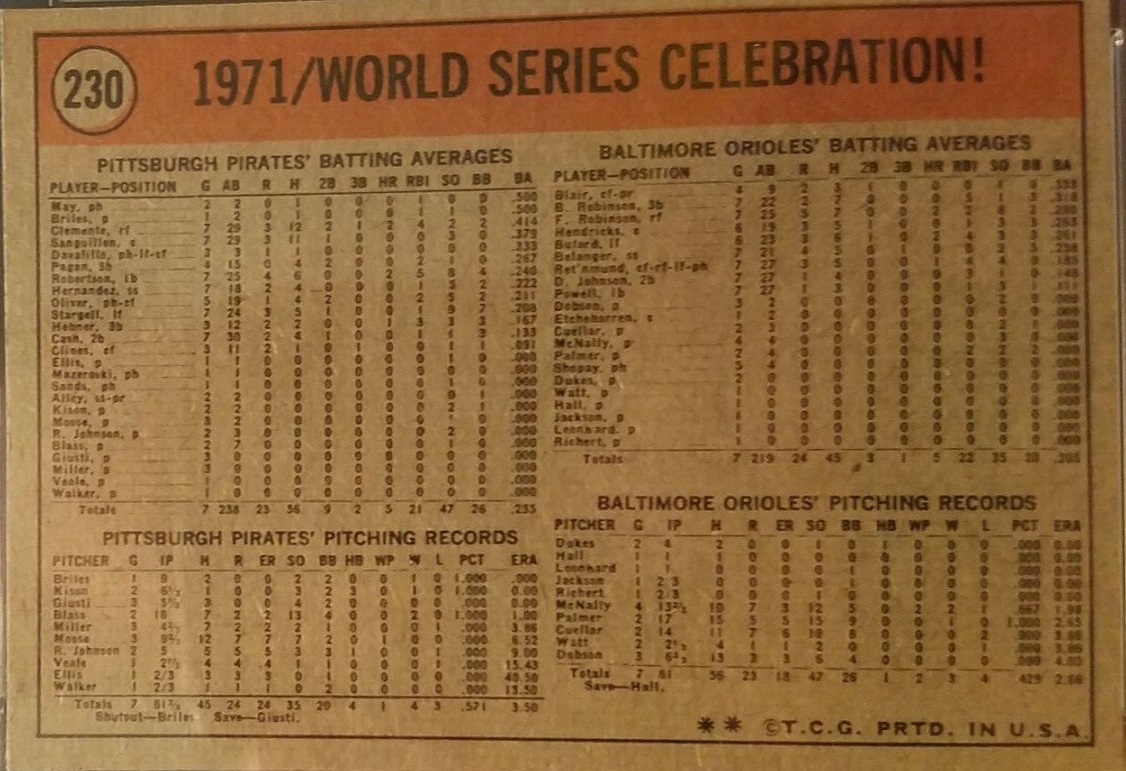 I love the idea of putting all of the stats on the back of the card for the World Series. However, if you think that they are hard to read on this big scan, then imagine trying to read them on the actual card. Those old cards got tough to read when a player had about 20 seasons worth of stats on the back. That was with the stats spread out across the whole card. This card has the same amount of statistical categories on each side of the card, along with 35 lines of stats for the Pirates and 31 lines for the Baltimore Orioles.

If you want to add this card to your collect, which I’m assuming you do if you don’t already have it, then you can find it readily available on Ebay. There are numerous options available in the $2-$4 range in nice condition. As with all cards, you will pay a little more if you want it graded or you want a high grade example. A PSA 8 recently sold for $28 delivered. I’d also suggest thinking about getting the entire subset in one shot. The card for game four features Roberto Clemente, which I’m sure will be the subject of a Card of the Day article in the future.