To commemorate the 48th anniversary of Roberto Clemente’s final game, today’s Card of the Day is one that I recently found while looking through a small pile of mixed cards. It’s an oddball Clemente card, part of the 1987 Donruss set, which had a puzzle tribute to the Great One. The card shows you what the puzzle will look like when completed. Here’s the story of the 1987 Donruss Roberto Clemente Diamond King card.

In the 1980’s, Donruss included puzzle pieces inside each pack of cards. For Clemente, there were a total of 63 pieces to make up the full-size puzzle. There was also a small puzzle that looked exactly the same, consisting of just 15 pieces. The great part about the 63-piece puzzle is that packs came with one puzzle section that included three pieces. So to get the entire puzzle, you had to find the 21 three-piece sections. They didn’t plan out 21 for Clemente, other puzzles over the years also used 21 separate sections, but it just worked out great as a little added tribute. 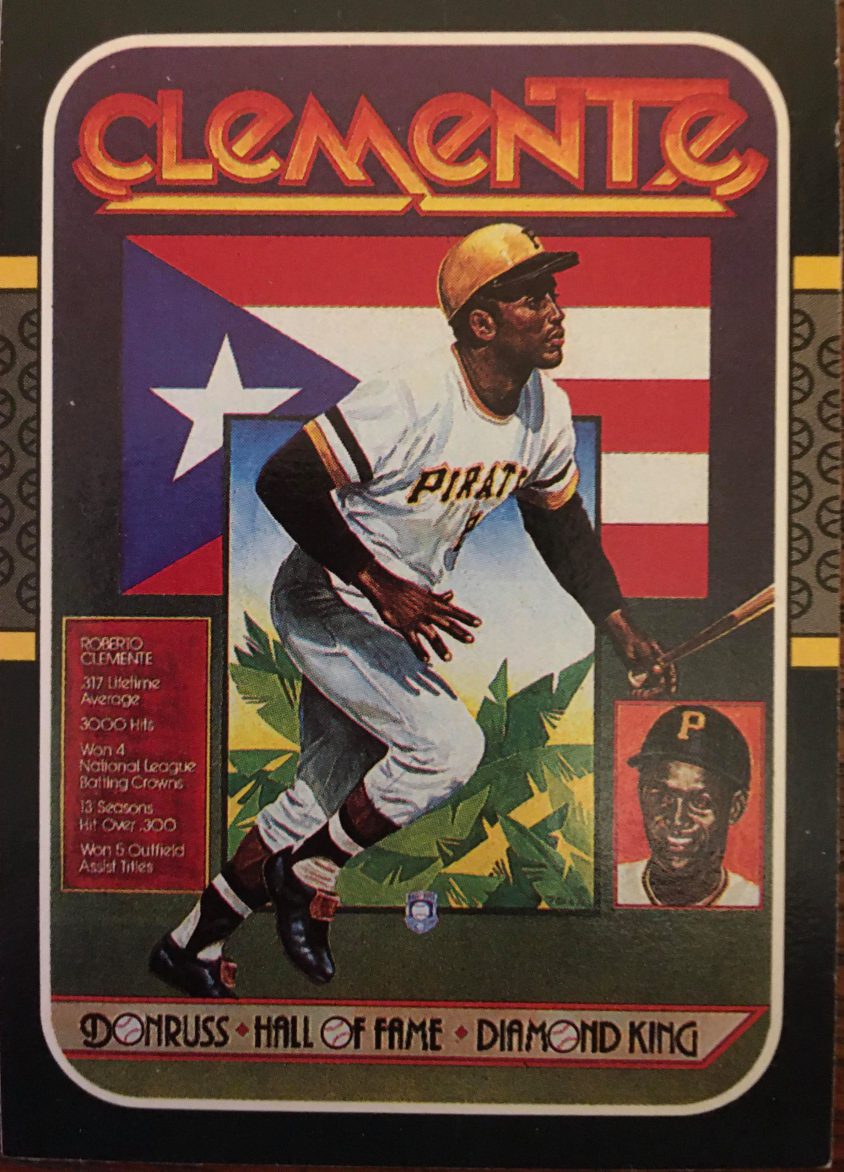 The puzzle was designed by Dick Perez, who was recognized as the official Hall of Fame artist. He included a large action photo of Clemente, a smaller portrait in the bottom right, along with a box on the left highlighting important career accomplishments. The print is a little tough to read there (it shows up better on the bigger puzzle), but it notes his .317 lifetime average, his 3,000 hits, his four batting crowns, his 13 seasons batting over .300 and his five outfield assist titles. Behind Clemente is the flag of Puerto Rico, and the top has “Clemente” in a mix of lower/upper case letters.

The main difference between this card and the actual puzzle (besides size obviously) is that the puzzle doesn’t have the borders used for the 1987 Donruss set. Where the corners are rounded off because of the border here, the puzzle has square corners and a credit in the bottom right corner for Dick Perez (Perez-Steele Galleries). 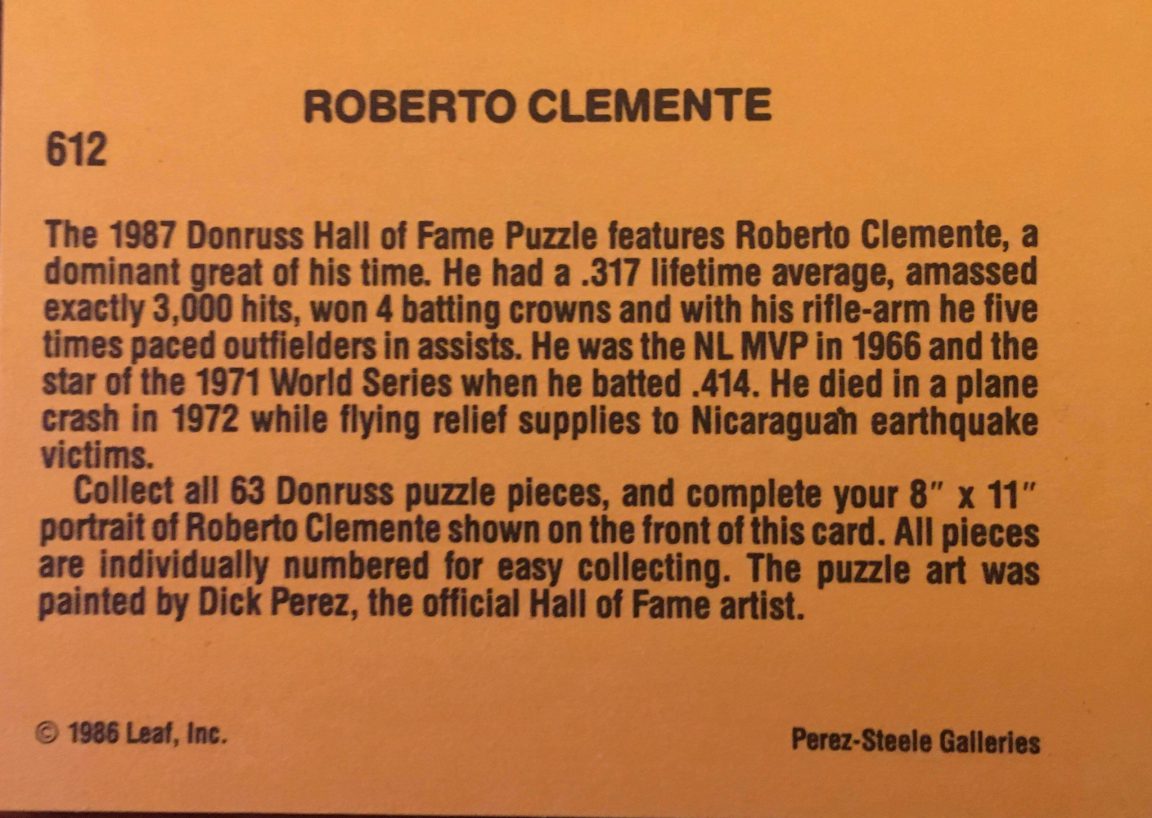 The back of the card gives a very brief bio on Clemente, talking about his hitting, throwing, major accomplishments and his untimely death. It then goes on to describe the puzzle and how to collect it. The back says “1986” for the copyright, but this is a 1987 Donruss set. The 1986 set had a dark blue border with some stripes on the front and a light blue back. The puzzle itself has a 1987 copyright on the front bottom corner.

This card can found on Ebay, with many buying options available. It was mass produced, so you should be able to get it delivered for $2-$3. I’ll point out one interesting auction that recently completed. Someone sold a gem mint PSA 10 (Perfect card) for $41+shipping. That’s a tough card to find because not many people grade cards from the 1980s unless it’s superstars. Clemente was obviously a superstar, but he wasn’t a current player at the time, which takes away potential value. It’s also tough to find because Donruss cards from that time weren’t printed on heavy stock, so the cards damaged easier and any kind of damage at all on black borders shows up strong.