Today’s Card of the Day is from a time-frame that didn’t have many sets produced. Baseball cards were very popular for a short time with the massive Old Judge set and a few other offerings during the 1886-90 period. After 1890, until cards really gained traction again in 1909, there were very few sets made. What that stretch lacked in quantity, it made up for in quality, especially with the 1895 Mayo’s Cut Plug set. A total of 48 cards are in the set, featuring 40 players total, with eight players having more than one variation. One of those variations features star shortstop Jack Glasscock with both Louisville and Pittsburgh.

The two variations for Glasscock help date the set. Glasscock was released by Pittsburgh on August 22, 1894. He signed with Louisville on October 27, 1894. The set is recognized as being produced in 1895, so it seems odd that Glasscock would be shown with the Pirates if the year is correct. They used the same photo for each card, just switching Pittsburgh to Louisville on the jersey front. It may have just been that Mayo’s was bad at following transactions and they figured Glasscock was a star and he played for Pittsburgh in 1894, so he was still there. The Pirates cut him because he said he wasn’t going to play in the National League in 1895. Not sure if that meant that he would play in a minor/semi-pro league or he would retire, but he obviously reversed course on that decision quickly. Pittsburgh wanted to try out replacement possibilities over the final six weeks of the season, so they moved on from Glasscock early, despite solid results. 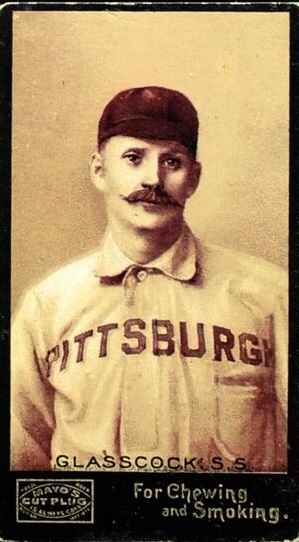 One interesting note here is that spelling of Pittsburgh with the H at the end. That is not airbrushed onto the jersey wrong, they actually had the H at the end. For those that don’t know, the H was officially dropped for a time between 1890-1911, though many people refused to embrace the change. This here is a good example. Another is the newspapers of the era, which all kept the old spelling. Technically, the Pirates played in Allegheny City, which became part of Pittsburgh in 1907, but even back then the team knew that claiming a bigger city was better. 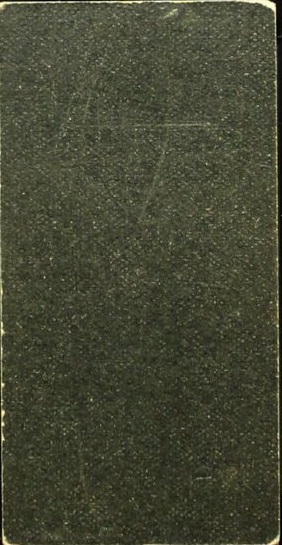 Most of the cards I present here are affordable for everyone, even if you have to get them in low grade. The Mayo’s set is not one of those cards. It’s very popular and hard to find, which is reflected in the price. The set itself contains many Hall of Fame cards, which helps the popularity of the commons in the set. It’s wrong to call Glasscock a common in that traditional sense, but he is compared to others in the set. He was a .290 hitter over 17 seasons, with 342 steals, even though stolen bases weren’t tracked during his first few years. He was also a strong defensive player, which is reflected in his 22.3 career dWAR, which ranks 36th all-time. He led the league in assists six times and fielding percentage six times at shortstop. Back in his day, he was considered the top shortstop at times and he has a solid Hall of Fame case.

Poor condition commons from this set routinely go for $100+ and the prices increases substantially for each grade higher you can find. This particular card has an example on Ebay that is over $2,300 for a PSA 3. That price is a little lofty for the grade to say the least, but it’s the only example available for sale right now. The last PSA version to sell at auction reflects the high price, without breaking the bank. In 2018, a PSA 2 sold for $308. That’s a much more reasonable estimate, though it feels like someone got a nice deal on that card, so expect to pay a little more if one came up now in that same grade.

That being said, there was a nice reprint set made years ago and it is affordable for everyone. You could get the Glasscock for a few dollars if you wait around, or just got for the whole set for about $15-$20 instead.