Today’s Card of the Day is for the great speedster, Maury Wills, who spent two seasons with the Pittsburgh Pirates. He also celebrates his 88th birthday today. The set is the Topps Deckle Edge set, and it’s the first time that we have featured a card from the set. It won’t be the last. It’s one of the more interesting stories for a set and it has it share of collectors who chase the high grade examples, which can be very difficult to find.

The 1969 Topps Deckle Edge set was inserted into random wax packs of 1969 Topps cards. They are slightly smaller, featured black and white photos, and they have very odd edges that you need to see to believe. If you knew nothing about the set and saw an example, you would think someone had some fun with scissors. A total of 35 cards are in the set, though they number 1-33, with two numbers being used twice. Two of those double number cards are much more difficult to find. 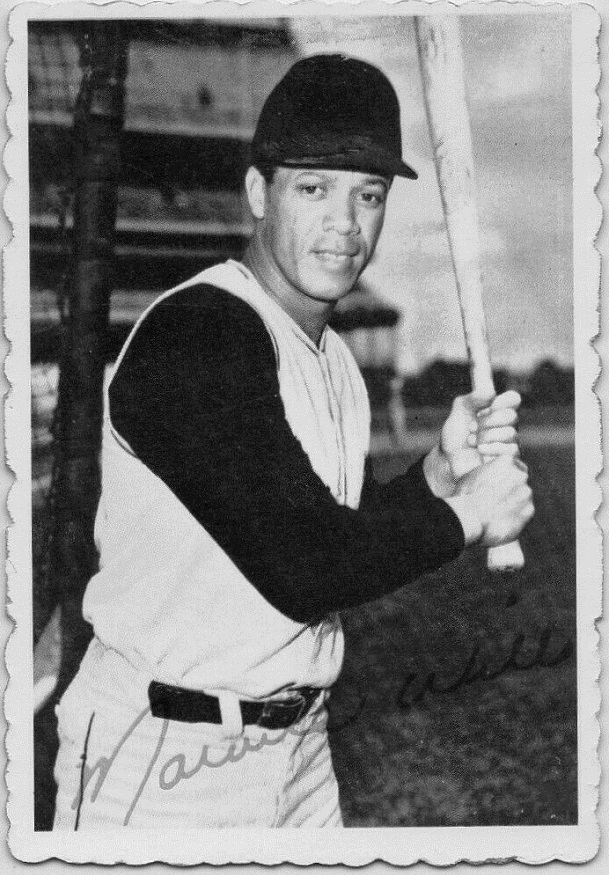 I told you. That’s what the borders are supposed to look like. Hard to believe, isn’t it? That’s what makes the set so difficult to find in high grade. The quality of printing for these cards also left something to be desired. The Wills card features him in a Pittsburgh Pirates uniform. However, the team logo has been airbrushed out because the Montreal Expos took him in the expansion draft after the 1968 season. Since there is no team name listed anywhere on this card, the fact that he’s in a Pirates uniform still makes this a Pirates card in my mind….at least enough of one to feature here. As an added bonus on this card (and every card in the set), it features a facsimile autograph.

If you collect collect Pirates cards from this era, but don’t go for the oddball stuff, you still might recognize this card. It would at least look familiar. That’s because it’s the exact same photo that they used for Wills in their 1968 set. The difference being that this Deckle Edge photo is both black and white, and airbrushed. Here’s the color version of this photo. 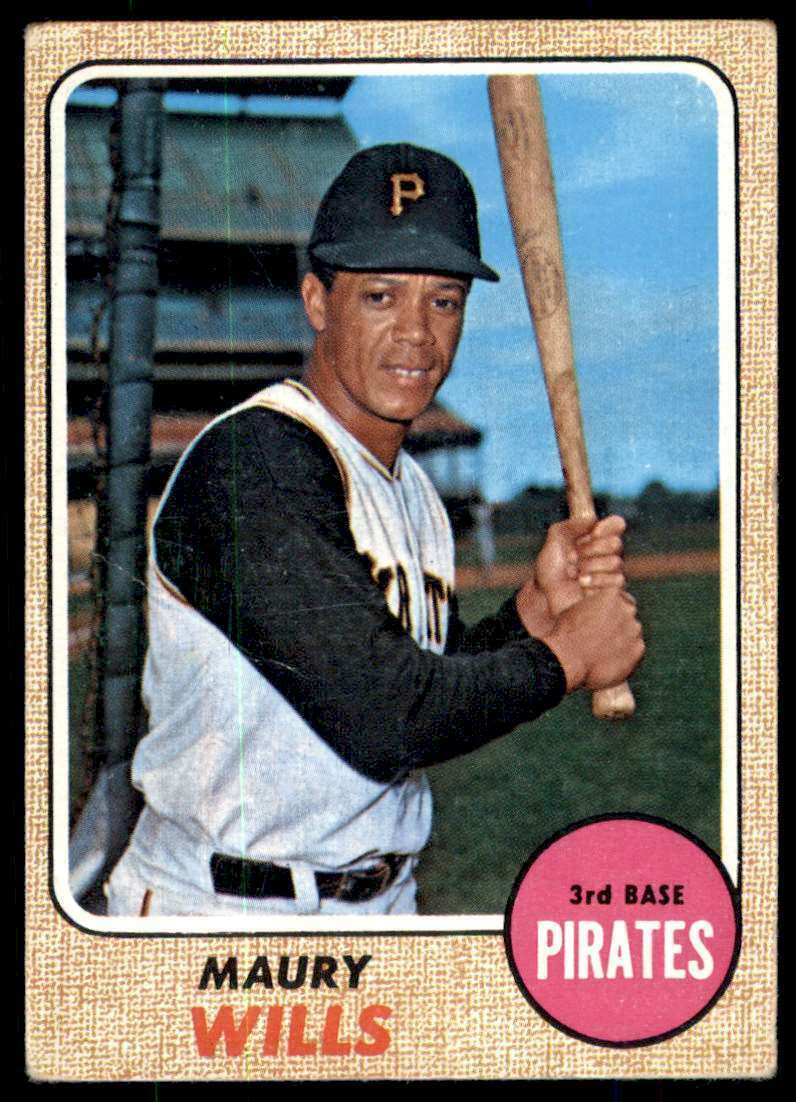 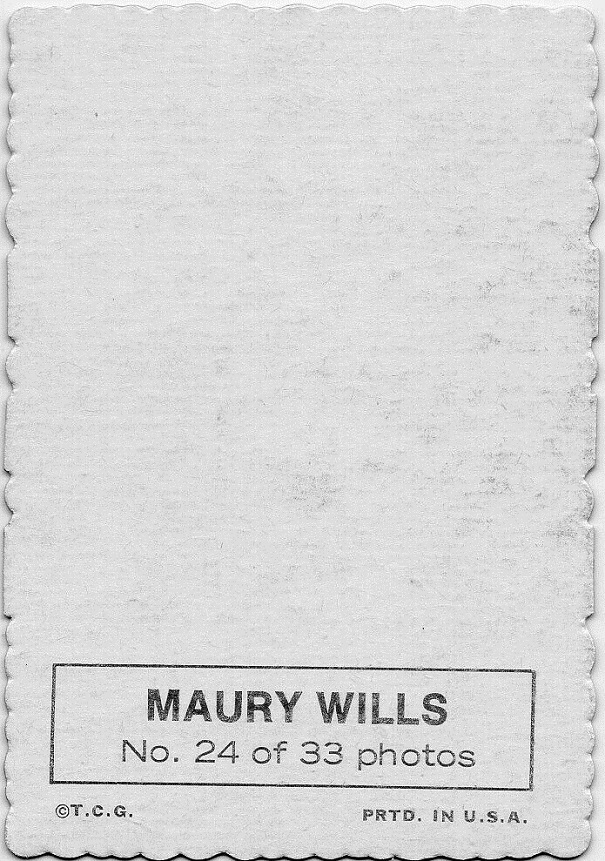 Topps did not go all out on the backs. These were insert cards though and if you got the regular issued Wills card in the 1969 Topps set, you would have all of his bio/stats information. All of the backs simply list the name and the number of the card/cards in the set. As I said though, the set actually has 35 players.

This set is very inexpensive unless you’re trying to find one of the high grade examples. You can purchase this Wills card for about $8-$10 delivered off of Ebay in nice shape. There are also harder to find proof versions, which just have straight edges. They’re not as collectible, but their rarity drives up the prices. I might suggest going for the entire set of 35 cards if you’re not picky about grades. You’ll get a Roberto Clemente, along with numerous other Hall of Famers, and it can be had for about $100, and includes the two harder to find variations.