Today’s Card of the Day features the man who won 22 games for the 1927 National League champs. He was also born on this date in 1895. Carmen Hill pitched eight seasons for the Pittsburgh Pirates. His best season helped the Pirates to their fourth World Series appearance, but he is fairly obscure due to the very short peak for his career. He won 22 games in 1927, 16 more in 1928 and 11 more over the other eight seasons he spent in the majors. Luckily for the Pirates, that peak came at the right time. So today we feature Carmen Hill, who was included in the 1993 Sporting News Conlon Collection set.

The Sporting News Conlon Collection set is criminally underrated in the baseball collecting world. It was put out over three years (1991-93) and includes 990 cards total. The cards use the photos of the great baseball photographer Charles Conlon, who captured pictures of the great players, down to the journeymen and cup of coffee players, who we would otherwise have very little visual proof that they played in the majors. Some of the best photos of Carmen Hill are from the Charles Conlon collection. I’ve included the featured cards from today, along with the Conlon photo that was the image used for the card.

Here’s the front of the card, followed by the original Conlon photo, courtesy of Getty Images: 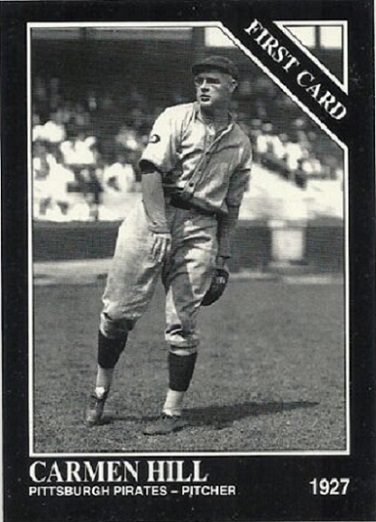 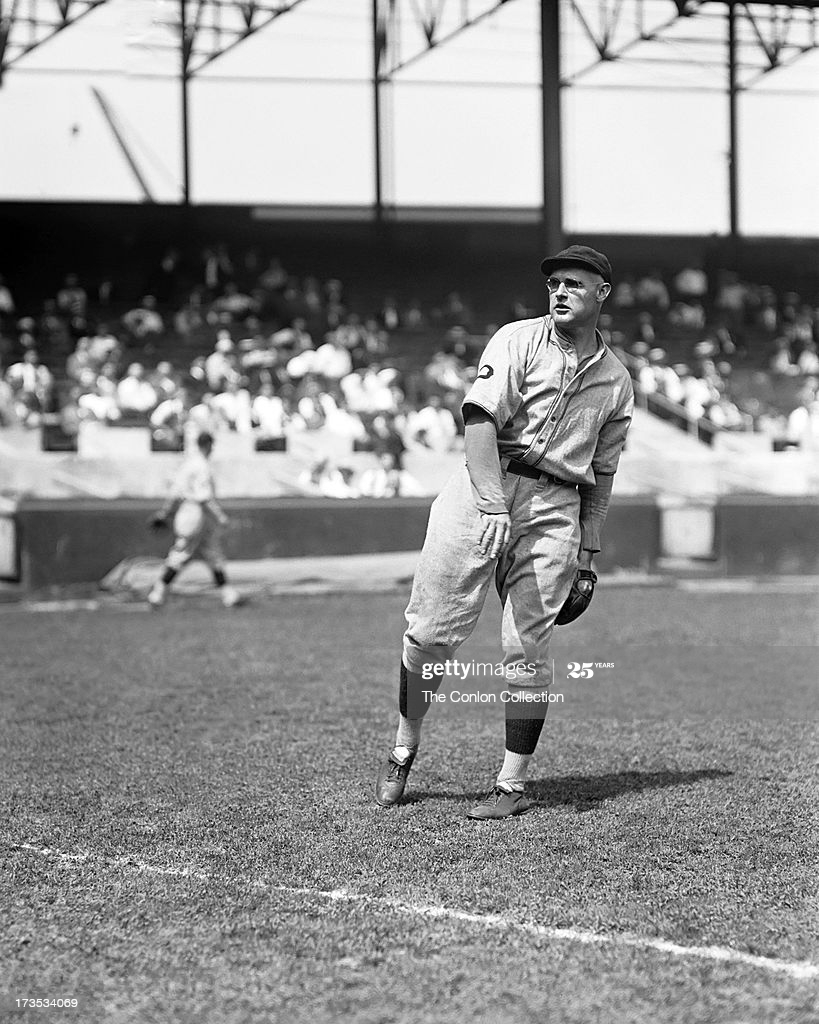 As you can see, the card used a cropped version of the Conlon photo, which has unbelievable quality for being over 90 years old. The exact year of the photo is known, but hard to pin down visually, since they used the same uniform during the 1926-1929 period that Hill was there. He actually debuted with the Pirates in 1915 and his career with the team was split over three groups of years (1915-16, 1918-19 and 1926-29). You can narrow the uniforms down to the third time period because the 1915-19 jerseys had an embroidered “P” on a front pocket over the left breast. I mention all of that knowing that the Sporting News/Rogers Photo Archive website lists the photo as being taken in the 1928 season, so I’m guessing that is documented and correct. 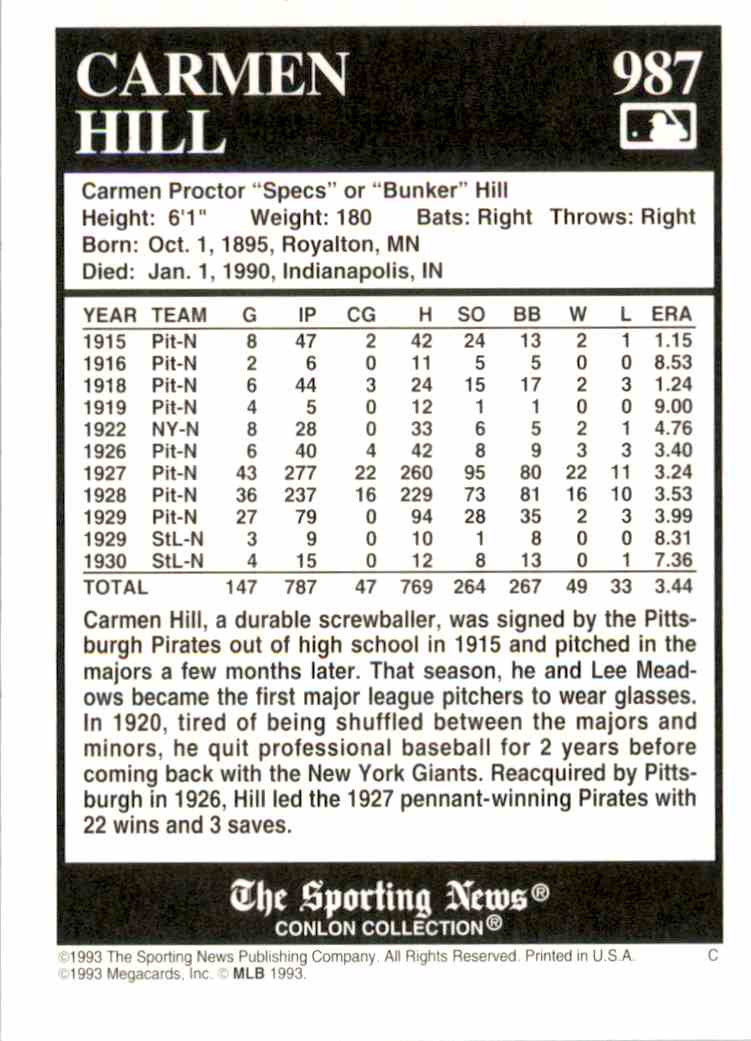 As you can see on the back, Hill’s full stats are available in nine different statistical categories. It also has a brief bio covering his career with some interesting facts, such as the lack of players wearing glasses in the majors. The fact at the end is a bit of a poor description of what happened during his career. In 1920, he jumped to an outlaw league for one season, which in essence got him banned from pro ball. After regretting his decision, he applied for reinstatement into pro ball and was told that he had to wait one full season without playing outlaw league baseball, before he could return to pro ball. When the year was up, he returned to his previous minor league team in Indianapolis. The New York Giants then acquired him from Indianapolis.

You can get this particular card cheap, mostly paying for the shipping, but I don’t think you could go wrong purchasing the entire set, especially if you go for the three-year run. It will cost a lot more, but you will really enjoy looking at all of the old photos and reading the stories for each player. You could also just go for the Pirates team set, which includes all of the great Hall of Famers with the club during the 1920s-30s.