Back when I wrote up the Card of the Day article for the 1927 Exhibits Kiki Cuyler, I noted that there weren’t many cards printed during his time with the Pittsburgh Pirates. Before writing that article I looked around for ideas on which card to use on his date of birth (August 30th) to help celebrate the Hall of Fame outfielder. One of the cards I saw that day was a modern card, which pictured him with the Pirates. Even for modern cards, it’s easier to find Cuyler on the Chicago Cubs than it is to find the Pirates. With today being the 99th anniversary of Cuyler’s Major League debut, we take a look at the 2019 Diamond Kings Kiki Cuyler.

The 2019 Panini Diamond Kings set featured watercolor artwork of active and retired stars. The base set included 150 cards and some of them were short-printed (compared to others in the set), making them slightly harder to find in packs. The set also included many subsets, including autographed cards and remakes of the set’s namesake. Back in the 1980s-90s, Donruss put out large sets that started with artist drawings of players from each team and those cards were called Diamond Kings. We featured one here from 1985, showing Tony Pena. The Cuyler card featured here today is one of the base cards in the set, with a regular print run (aka not short-printed). 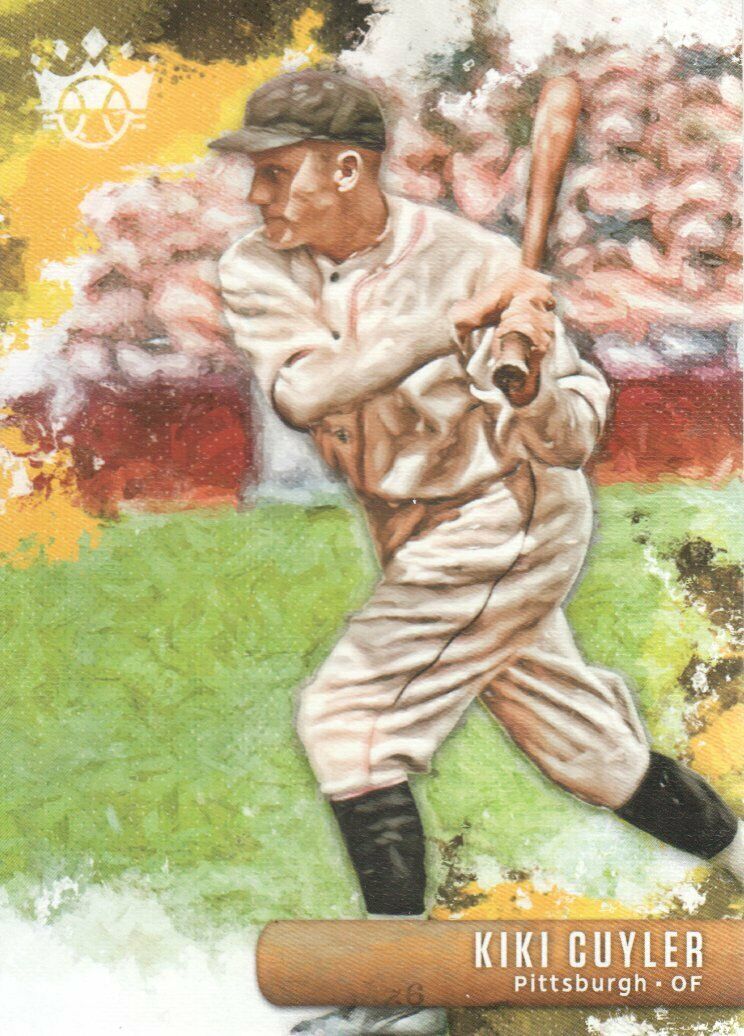 I love the watercolor look to the card and the action pose. It’s actually a great capture of his follow through swing, which can be found on many pictures of him from his days with the Pirates. The big problem here is that the uniform doesn’t match up to anything during his playing days. It appears that they used a black and white photo and didn’t research any further. Here’s an example of one of those photos, which could be the one that they used to model the artwork. 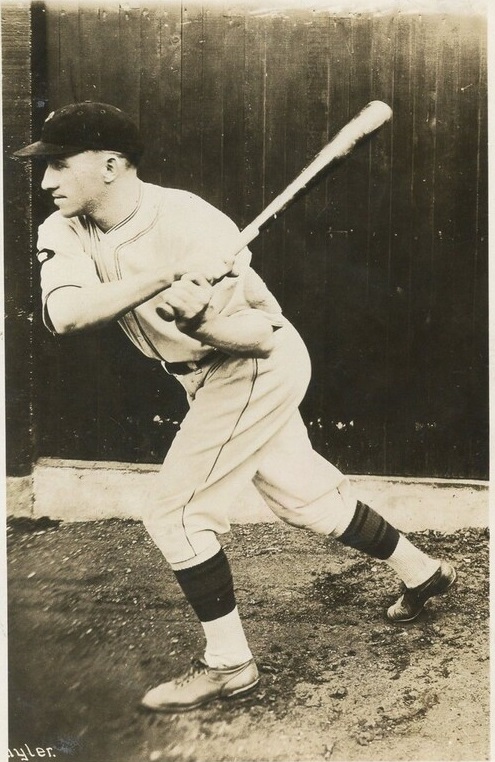 The black and white photo doesn’t show that the hat here is actually navy blue and the socks have blue/red stripes, with more red than blue. So while the artwork on the Cuyler Diamond Kings card did a great job of recreating old photos of him, they missed on the colors. 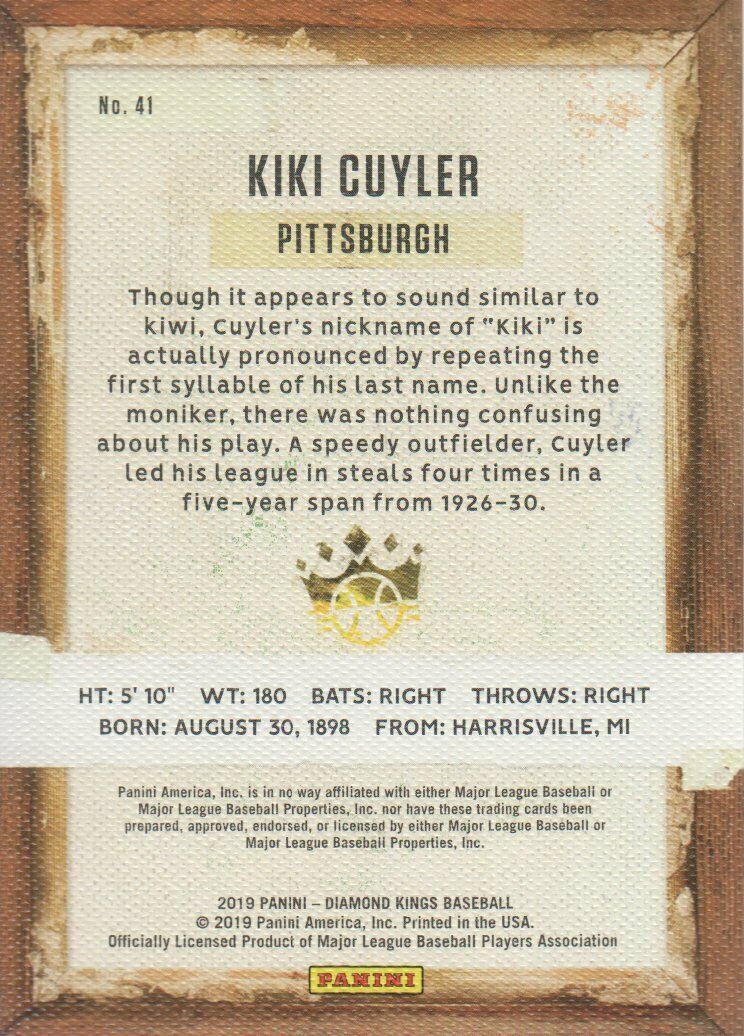 As you can see from the scan, the back bio is brief and it’s mostly just giving you the pronunciation of his nickname. I’ve heard a few stories about how the nickname came about. One of them said that Cuyler had a stutter, while another said that his younger sister had one. I’ve also heard that in the minors he was given the name when a player/fans would call for him to make a catch, saying Cuy-Cuy-Cuyler. I decided to take a deep dive into researching it recently and the most often given explanation back in the day was that Cuyler had a minor league manager with a stutter who would say Cuy-Cuy-Cuyler and that the local fans picked up on it and started calling him that. That version seems to be legit, with it being given numerous times, while some of those stories also dispel the other stories.

This card is relatively easy to find on Ebay and you can get it for about $2 delivered, with numerous sellers to choose from. Many of them just sell every card in the set individually in one auction and you have to choose the specific one you want. In fact, I bought the card for 99 cents right after I finished this article, then came back to add this sentence that you’re reading right now. For the more adventurous collectors, you can also buy this card with different color borders around the front, including red, blue and plum colored, all of which can be find for cheap on Ebay, though they are usually $1 or slightly more over the base card price.