Today’s article is a guest submission from Jarrod Ranone, a Pittsburgh Pirates collector from Pittsburgh, who has already contributed three articles. This is his second memorabilia offering. The first was a team signed baseball from 1946. He has also added two Card of the Day articles, one featuring Paul Waner and another one showing Honus Wagner.

Today we look at his 1990 Pittsburgh Pirates team signed ball. He didn’t get a ball with all of the star players on it, but most of the team is there and he got a great deal, which he describes in the piece below. Sometimes the stories behind acquiring items are just as interesting as the items themselves.  He included five photos of the signatures, so I put them between each paragraph below.

In 1990, the Pittsburgh Pirates won the first of three straight National League East Division titles.  They would go 95-67 during the season, but unfortunately lost to the Cincinnati Reds in six games in the National League Championship Series.  It was an exciting time to be a Pirates fan and expectations were of continued success and World Championships in the upcoming years.  Those are great and disappointing memories that we will not get in to today (see Bream, Sid). 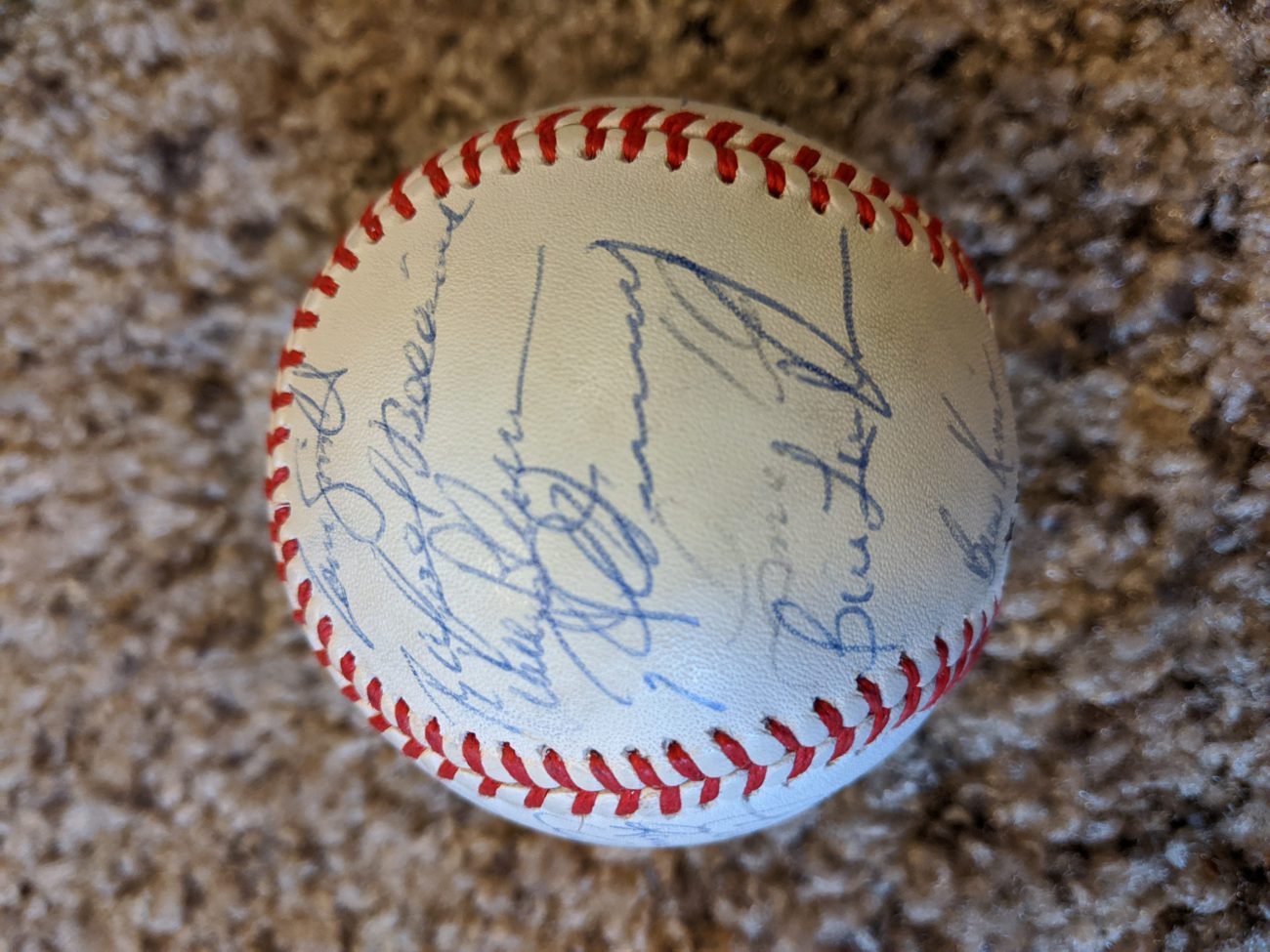 Not to make anyone feel old but I was four years old in 1990 and I do not remember this team or the 1991 and 1992 teams.  My early memories were actually of Al Martin hitting a home run against the Mets, and my favorite player, Jeff King, being vastly underrated.  However, with the pain of watching this team from 1993 until the early 2010s, I always tried to cheer myself up, halfheartedly, with highlights of the early 90s. 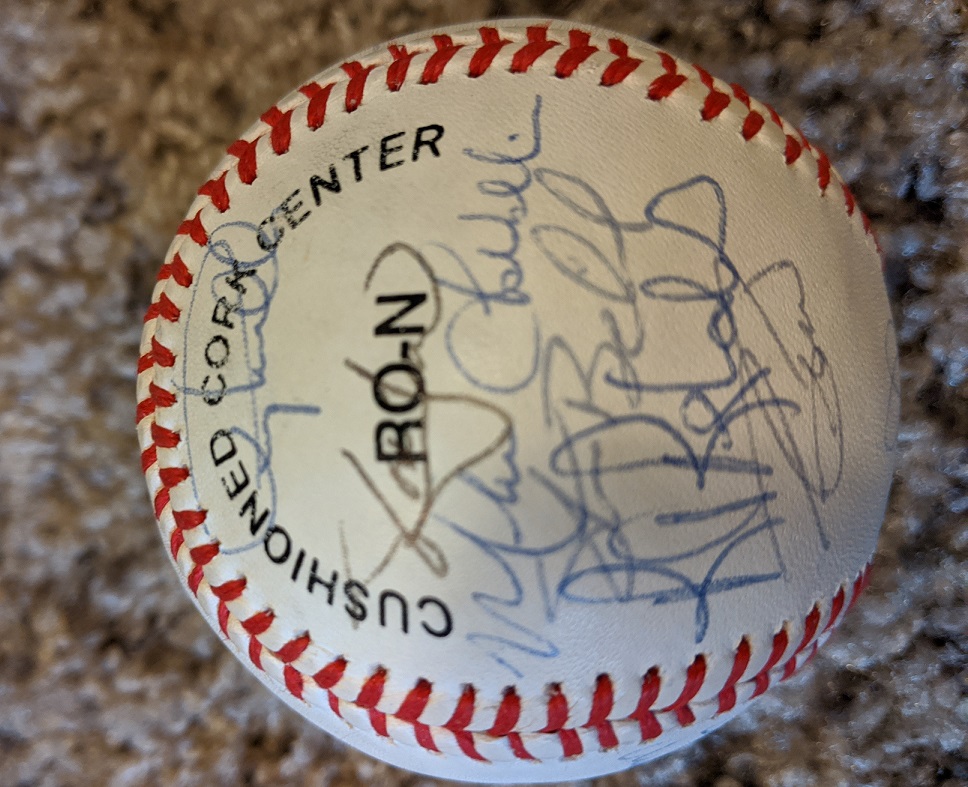 Barry Bonds was always a Giant in my eyes, Bobby Bonilla a Met (and a genius of a negotiator), and Doug Drabek was the Astros ace.  Andy Van Slyke I remember seeing once in a game, but he was battling injuries and I think pinch-hit.   I remember the trading of players like Carlos Garcia, Jay Bell, and, to much of my dismay, King.  Jim Leyland was the manager who did a great job, but seemed too much of a luxury for an organization that was rebuilding.

During the pandemic, like many people who were stuck inside, I started feeling nostalgia.  I have always collected sports memorabilia and missed baseball.  I started watching highlights of the early 90s teams and had a routine of searching for “team signed baseballs” every night while watching terrible late-night TV (how many 90 Day Fiancés can there be?!).  I have added 19 different signed balls, mostly partial teams, throughout the past six months. 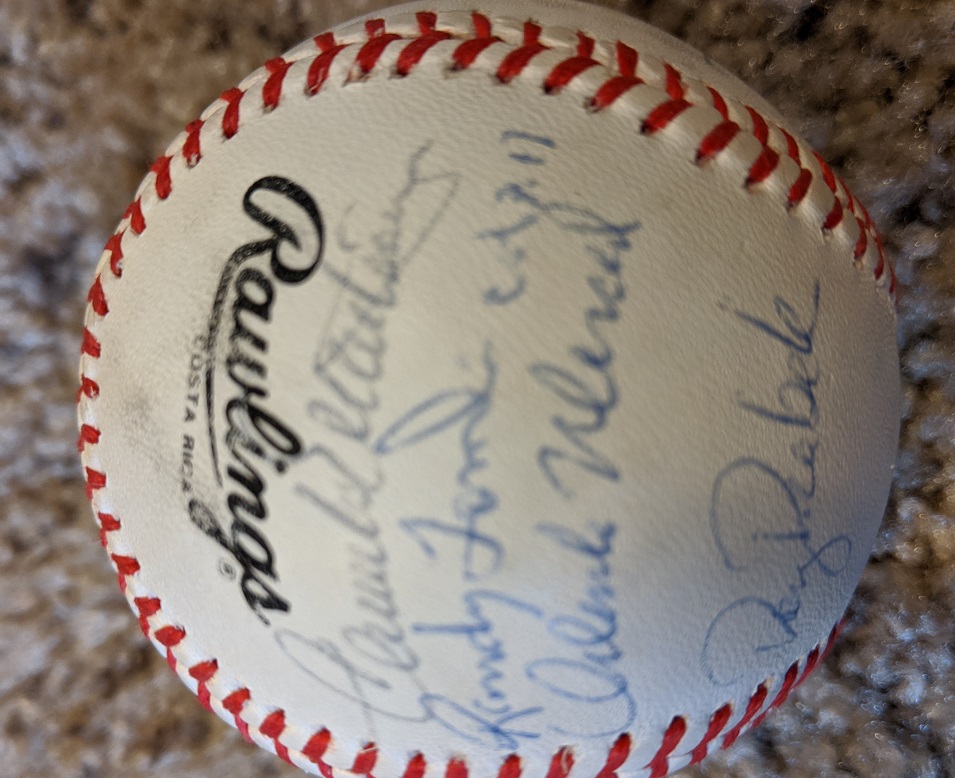 To much of my surprise, I saw a 1990 Pittsburgh Pirates partial team signed ball for under $30 online.  While it was missing Bonds and Bonilla, it has many of the players that I came to respect and admire through highlights and conversations with family and friends. Van Slyke, Carlos Garcia, Zane Smith, Drabek, Bell, Lind, and Leyland all headlined the ball in the description.  I could not pass this up and scooped it up quickly.  I knew there were more players on the ball and could not wait to decipher autographs against a team roster.  This has become one of my favorite things to do in my free time and has become an enjoyable alternative to terrible television.

The ball arrived and after some comparisons the following players and coaches were also part of the newest piece of my collection: Rafael Belliard, Wally Backman, Rich Donnelly, Lloyd McClendon, Bill Landrum, Bruce Kimm, Carmelo Martinez, Randy Tomlin, Orlando Merced, Mike Lavalliere, RJ Reynolds, Tom Prince, and Ray Miller.  I was excited to see so many names that I knew played important roles in the early 90s success. 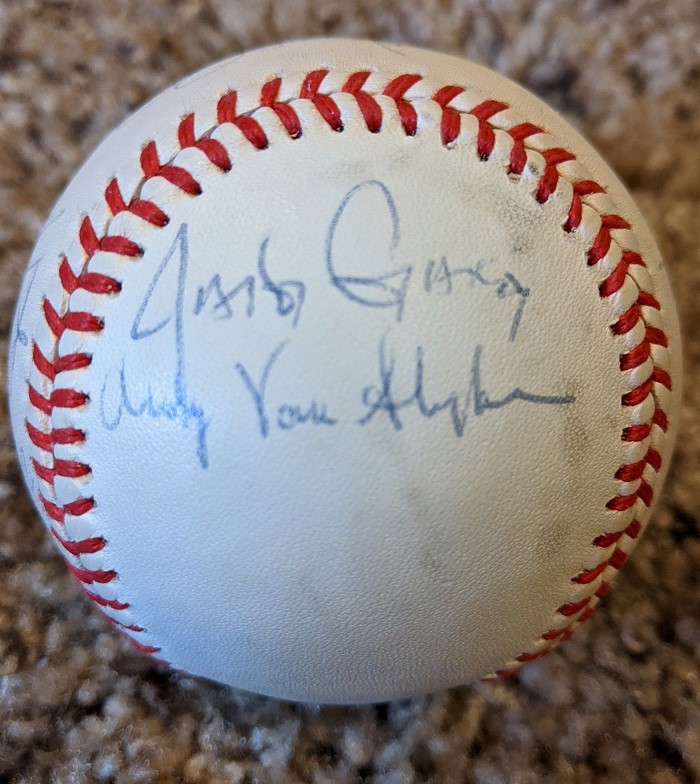 The ball itself is an official National League baseball with then National League President A. Barlett Giamatti’s signature stamped on it.  There are some minor handling scuffs but overall, the ball is in great shape.  The signatures are clear and signed in mostly blue ink with some signed in black which I would assume that the original owner made multiple efforts to get this ball signed by coaches and players.

If you are interested in adding a piece like this, they are relatively inexpensive when Bonds is not on the ball.  They currently range from $25-$70.  With Bonds added, there is one currently for sale at $300 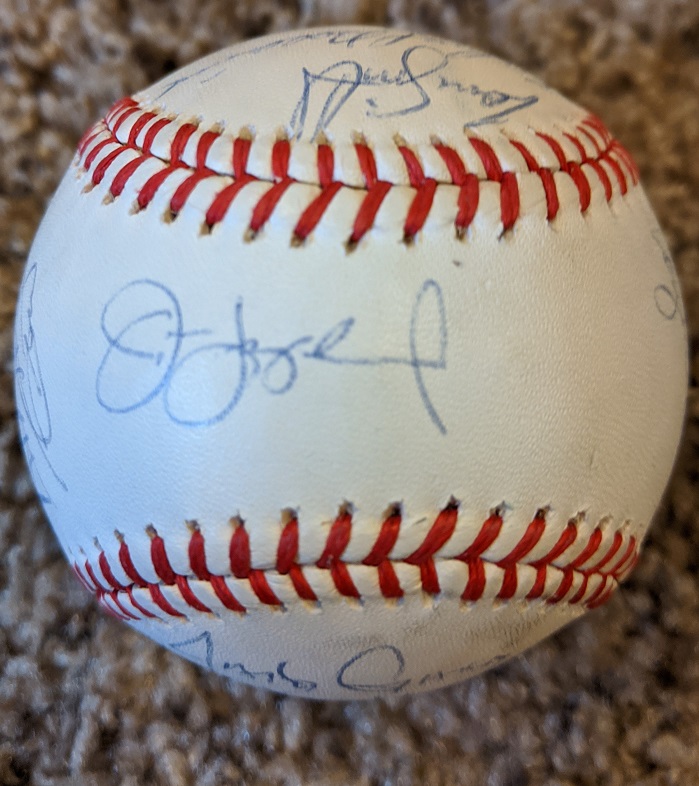