Dave Robertson wasn’t with the Pittsburgh Pirates for a long time. However, he was there just long enough to put his name in the team record books on August 30, 1921 against the Brooklyn Robins.

The Pirates acquired the veteran Robertson from the Chicago Cubs mid-season and he was hitting .341 with 29 RBIs in 34 games with Pittsburgh prior to this game. Robertson was a slugging outfielder, who led the NL in homers in 1916 and 1917, back when home runs were a rarity. He failed to homer with the Cubs in 1921, but he had four already for the Pirates.

The pitchers for this game were Whitey Glazner for the Pirates and Leon Cadore for Brooklyn. Glazner had an 11-5 record at the time, while Cadore was even at 12-12. You probably don’t know Cadore off-hand unless you’re really into baseball history, but you should for one game alone. Back on May 1, 1920, he threw 26 innings against the Boston Braves, allowing just one run in a game that ended in a tie. His opposing pitcher that day, Joe Oeschger, matched him with one run over 26 innings.

This game was played at Ebbetts Field on a Tuesday afternoon. The Pirates had a 77-47 record going into the day, while Brooklyn was basically a .500 team, just like their starting pitcher. Hall of Famers Max Carey and Rabbit Maranville were batting 2-3 for the Pirates, while the Robins had Hall of Fame outfielder Zack Wheat in the cleanup spot.

This game had four hits in the first inning, two apiece, but neither team could score. Carey and Maranville each had a single in the top of the first, but Carey was thrown out trying to steal third base, which ended the inning with Dave Robertson at the plate. The Robins also had two singles and a caught stealing. Glazner retired Wheat on an infield pop up to end the inning.

Pirates had a little two-out rally in the second, with Charlie Grimm reaching on an error and Walter Schmidt following with a single. Glazner couldn’t help his cause, ending the inning on a pop up to second base. Brooklyn had a walk, but nothing else, in the second inning.

Pittsburgh broke through in the third with two outs. Carson Bigbee reached on a single, then moved up one base each time on ground outs by Carey and Maranville. George Cutshaw made it 1-0 with an RBI triple, then Robertson homered to make it 3-0. The Pirates weren’t done though. Clyde Barnhart doubled, then scored on a Charlie Grimm single. Schmidt ended the inning with a fly ball to shallow right. The damage was done though and Leon Cadore was done after just three innings of work.

Brooklyn went down in order in the bottom of the third. Neither side reached base in a quick fourth frame.

The Pirates had another two-out rally in the fifth, with a double from Robertson and an RBI single by Barnhart. Grimm reached on a walk, but Schmidt ended another inning with men on base. Pittsburgh led 5-0.

Brooklyn drew two walks in the bottom of the fifth, which led to them pinch-hitting for relief pitcher Johnny Miljus. That didn’t work out, as the pinch-hitter (Bernie Neis) grounded into an inning-ending double play.

Miljus would join the Pirates years later, while his replacement on the mound for Brooklyn this day was a former Pirates pitcher, Sherry Smith.

Smith had an easy first inning, retiring two batters before Carey reached on an error. However, Carey was picked-off right away to end the inning, the second time he was thrown out on the bases to end a frame. Glazner worked a 1-2-3 sixth to send it to the seventh with the Pirates still up by five runs.

In the top of the seventh, Rabbit Maranville grounded out to start the inning. That was followed by singles from Cutshaw, Robertson and Barnhart, with the last one making it 6-0. After a ground out from Grimm, Schmidt came through with two outs after two previous failed opportunities. He singled to make it 7-0. A walk by Glazner loaded the bases, but Carson Bigbee couldn’t add any insurance runs, grounding into a five unassisted to end the inning.

Brooklyn finally broke through in the seventh with singles by Zack Wheat and Hi Myers, followed by an RBI ground out. Glazner did a nice job of limiting the damage to one run after the two lead-off hits.

In the eighth, the Pirates had another two-out rally. Carey and Maranville both went down to start the inning. Cutshaw singled, then Robertson, needing a triple for the cycle, did just that. Cutshaw scored to make it 8-1.

Brooklyn went down in order in the eighth and Pittsburgh was quiet in the ninth. The Robins got back-to-back singles again by Wheat and Myers, with the former scoring on a Pete Kilduff single to make it 8-2. That’s where it ended, as Glazner finished off his start by getting a game-ending ground out to second base.

Robertson’s cycle was the sixth in franchise history and the first one since Honus Wagner accomplished the feat in 1912. At the time, it wasn’t called a cycle. Almost every headline for this game says “Robertson gets homer, triple, double, single”. You can see why the term “cycle” eventually caught on, if headlines had to write that for every cycle occurrence in baseball. Robertson’s time with the Pirates ended in 1922 when he held out for more money during Spring Training and owner Barney Dreyfuss released him instead.

Here’s the boxscore and play-by-play from Baseball-Reference 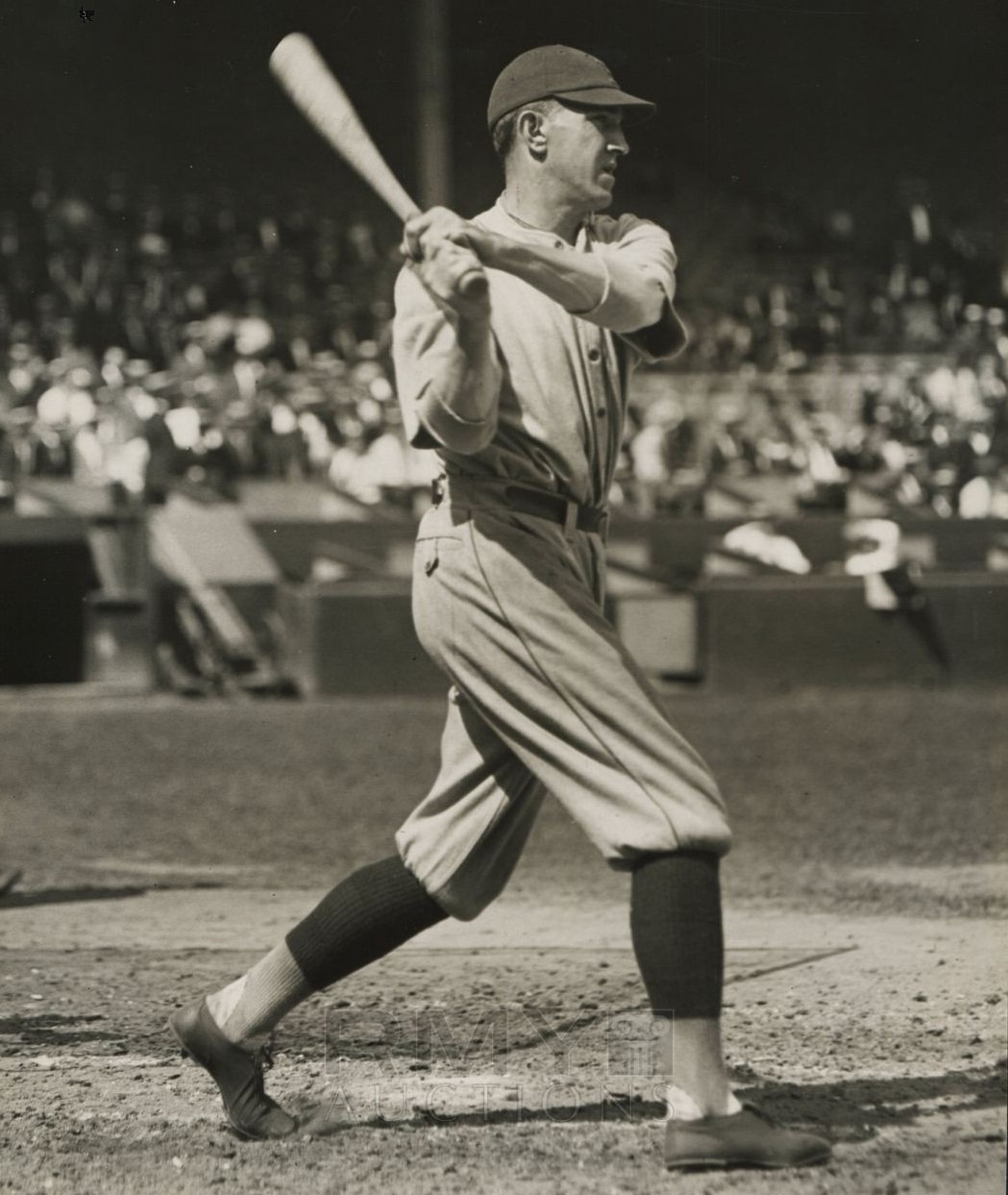