On July 24, 1926, the headlines in the Pittsburgh Daily Post read “The Pirates Buy Outfielder Star From Wichita”. One paper said “The sensational center fielder from Wichita has been sold to the Pirates”. They were talking about Fred Brickell, a 19-year-old with one season of minor league experience. He impressed Pirates scout Chick Fraser enough that he was called “the best looking young ball-player that he [Fraser] ever recommended”. Despite the high praise at a young age, Brickell is a relatively unknown player in Pirates history. He spent five seasons in Pittsburgh, playing in an outfield that had Hall of Famers Kiki Cuyler, Paul Waner and Lloyd Waner. He was overshadowed on some great teams by all-time greats, yet he came to the club with huge expectations and didn’t disappoint during his initial trial with the Pirates. That earned him a featured spot here in our Obscure Pittsburgh Pirates series.

Brickell was called “Freddie” and “Bricks” in the article announcing his acquisition. The Pirates reportedly paid $15,000 to acquire his rights (one source said “almost $20,000″), along with the promise to loan two players to Wichita in 1927. At the time of the deal, Brickell was hitting .361, with 15 doubles, eight triples and 12 homers in 79 games. The report referred to him as exceedingly fast, and noted that he had ten stolen bases. One paper called him the fastest man in the Western League. Brickell was not a big man, small even by 1926 standards. He stood in at 5’7”, 160 pounds. He was a lefty hitter and he threw right-handed. He was a high school football star in Kansas and he also ran track in school.

The Pirates left Brickell with Wichita at the time of the purchase, but the paper noted that they could call him up to the majors at any time in the future. He would end up batting .345, with 23 doubles, 11 triples and 14 homers in 113 games for Wichita before called to join the Pirates on August 12th. He wasn’t given much playing time at first, but that changed in early September.

Brickell debuted on August 19th as a pinch-hitter. He arrived to a club two days earlier and watched a doubleheader from the bench during his first full day with the team. His next two appearances were as a pinch-runner, then on August 30th, he had a Cooperstown moment. Brickell batted in place of Joe Cronin and singled off of the Cardinals’ Jesse Haines, two future Hall of Famers. Most players don’t have a story that great for their first big league hit.

After getting just two at-bats over the next nine games, Brickell finally got his first big league start on September 8th. He played both games of a doubleheader in left field against the Cincinnati Reds and went 3-for-5 in each game, collecting a total of three doubles. Brickell had multi-hit games on the 9th, 10th, 12th and 13th. Despite the nice run of hitting, he had just one at-bat and two pinch-running appearances over the final eight games of the season. Brickell matched his Wichita average with the Pirates, hitting .345 in 24 games, with an .836 OPS.

In Spring Training of 1927, Brickell was given a shot to play everyday so that new manager Donie Bush could get a good look at him. On April 2nd, it was announced that the Pirates sent outfielder Adam Comorosky and pitcher Red Peery to Wichita to cover the rest of their deal to acquire Brickell. Both players would return to Pittsburgh later in the year. Shortly afterwards, Brickell was sent to Indianapolis of the International League, a higher level than Wichita, which would allow him to get extra experience.

Brickell played just 28 games in Indianapolis, hitting .280 with four homers, before he was recalled by the Pirates. He would remain in the majors for the rest of the season, but he never got a real chance to play. In fact, he didn’t start until October 2nd, the final game of the season. From his season debut on June 1st until October 1st, he played 31 games and had 19 plate appearances. Granted, the Pirates had three Hall of Fame outfielders during this season, and they won the NL championship, so there is little wonder why a 20-year-old with minimal pro ball experience couldn’t get into the lineup. Brickell still managed to hit .286 in his limited time. On July 16th, he hit a pinch-hit two-run homer with the Pirates down by two, with two outs in the ninth against the Philadelphia Phillies.

In 1928, Kiki Cuyler was gone and it looked like it would help open up time for Brickell. However, he had competition from a familiar source. Adam Comorosky, who was sent to Wichita for Brickell, was back in 1928 and had a chance to see some regular playing time. Brickell made the 1928 team as an extra outfielder and he wore that tag well. In the first 49 games of the season, he had zero starts. During that stretch, he went 3-for-12 with an RBI, playing 17 games off the bench. He didn’t even use his glove until June 9th. In his second start of the season, Brickell had three hits and drove in two runs. That earned him four more starts, but a 1-for-16 performance during those games put him right back on the bench.

In 1929, Comorosky became the regular left fielder and the Waners each played 151 games. That left very little time for the fourth outfielder. Despite sporadic play, Brickell could still produce when called upon. He saw most of his playing time in August and it was in right field, with Paul Waner getting occasional starts at first base. Brickell received 49 of his 127 plate appearances for 1929 during August and hit .267, with a .660 OPS. He had his season average as high as .362 in July, but he dropped below .300 in late September. In his final two starts of the season, he collected five hits and ended with a .314 average.

Brickell would have had the same role in 1930, but an injury (appendectomy) to Lloyd Waner opened up a spot in center field for the first 2 1/2 months of the season. Brickell was playing somewhat regularly through the start on August when the Pirates decided to trade him to the Philadelphia Phillies for outfielder Denny Sothern. The 23-year-old Brickell was hitting .297/.342/.379 in 60 games, while the 26-year-old Sothern had similar stats at the time. The Phillies had been trying to acquire Brickell for years, while Sothern wanted out of Philadelphia for quite some time. Despite being called a trade, they were technically both waiver wire pickups, with the Pirates putting Brickell on waivers and the Phillies putting Sothern on waivers to make room for Brickell.

Brickell’s final game for the Pirates was actually an in-season exhibition game on August 5th lost 10-4 by the Pirates to a Class C minor league team. He found out about the “trade” to Philadelphia after the game and was with his new team by August 8th. He spent the final four seasons of his career (1930-33) with the Phillies and his stats fell well off his marks with the Pirates. Brickell was a .312 hitter in 265 games in Pittsburgh, and he batted .258 in 236 games with the Phillies.

At the time of his departure, the local papers said that Brickell had numerous shots to grasp a regular spot in the Pirates outfield, but he always failed to do so. That’s quite a tough summary of his career considering the .312/.362/.405 slash line. His defense ranked slightly below average, but he was still a solid player during his five seasons in Pittsburgh, who had some big stretches at the plate halted only by being benched. His big problem was the outfield he was trying to break into at the time. Not only did he have two or three Hall of Famers during that whole time, but Adam Comorosky was a big-time hitter. In 1930, Comorosky had 47 doubles, 23 triples and 12 homers. He’s the only player in MLB history to reach those three marks in the same season.

That’s what Brickell was trying to overcome and that’s why he’s featured here as an Obscure Pittsburgh Pirates player. He wasn’t a bad player, and probably would have saw more playing time with half of the teams in baseball. His son Fritz also played Major League ball and would be considered an obscure player, seeing 41 games over three seasons with the New York Yankees (1958-59) and Los Angeles Angels (1961). 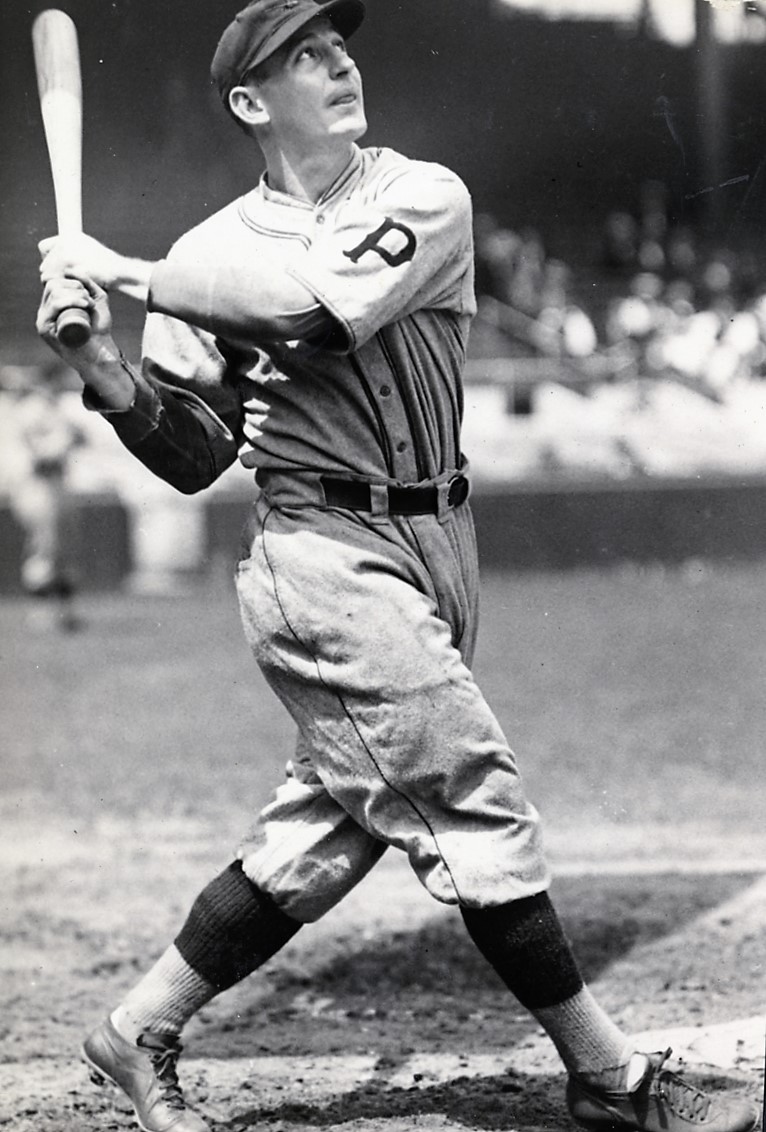