In late September of 1920, James “Cotton” Tierney joined the Pittsburgh Pirates and played 12 games. Already 26 years old, that was his first big league trial. His minor league career started eight years earlier, and he had just spent the season with the Tulsa Oilers of the Western League, where he hit .335 with 48 doubles, 13 triples and 11 homers. Tierney was not a big man at 5’8″, 175 pounds, but he had some power in his bat. The Pirates liked what they saw in September of 1920 and he had a job for the 1921 season.

In his first full season in the majors, Tierney split his time between second base and some third base, a position that would be taken over full-time in 1922 by Hall of Famer Pie Traynor. Tierney hit .299 with 33 extra-base hits in 117 games. He would move over to second base full-time in 1922 and put together a season strong enough to get him his own Pittsburgh Pirates Seasons article.

Things got off to a great start for Tierney in 1922. He hit well early, putting up a .360 average through his first 13 games, which included a pair of four-RBI games. On April 20th against the St Louis Cardinals, he had four hits, including a triple. Three days later in Chicago, he had five hits, including three doubles. The good times came to a halt on May 6th. He had a bad back that morning and was unable to play. He ended up missing eight games, playing four innings on May 16th, then missing another five games, before returning as a pinch-hitter for a few days. He didn’t rejoin the lineup until May 29th. He wasn’t there to stay though, at least not yet.

After returning on May 29th, Tierney was starting regularly until June 13th. Through his first 29 games, he had a .347/.390/.551 slash line. Unfortunately, he injured his back again in that June 13th game and he ended up missing the next six games. When he returned, it was as a pinch-hitter for four games. He got a start at third base on June 26th, but he was back on the bench for the next six games, seeing three pinch-hitting opportunities during that time.

Tierney returned to the lineup on July 3rd, but he still needed the occasional day off over the next two weeks. The back issues were finally cleared up on July 15th and he was starting at second base every day for the final 75 games of the season. Prior to that string of consecutive games to finish the season, Tierney was hitting .326/.381/.504 in 47 games. Those were terrific stats for someone who was battling through a tough injury for 2 1/2 months, but things got much better once he was healthy.

Just four days after he was back in the lineup daily, Tierney had raised his average 18 points. He had three straight multi-hit games. He also finished July with three consecutive multi-hit contests at the Polo Grounds against the New York Giants. His best performances were yet to come. Tierney became a key offensive member of the Pirates in August.

After going 1-for-13 in the first three games of August, Tierney turned into Honus Wagner at the plate. From August 5th until September 5th, he put up a four-week stretch of hitting that would make any hitter proud. Tierney batted .464/.471/.703 in 144 plate appearances. Despite tearing the cover off of the ball, pitchers were still throwing him strikes and he put the ball in play 136 times, with just two walks and six strikeouts during that time. The Pirates were pushed by his hitting, going 22-11 during that stretch. He had 21 multi-hit contests in 33 games.

Tierney had one of the best days in Pirates history on August 8th. In the first game of a doubleheader in Philadelphia, he went 4-for-6 with two homers and five RBIs. In the second game that day, he went 4-5 with a double and four RBIs. Eight hits and nine RBIs in one day. The two-homer game was the only one of his career. The two teams met two days later after a rain out on the 9th and Tierney drove in three runs, giving him 12 RBIs in a three-game stretch.

I used the September 5th cutoff date because he went 0-for-4 the next day, but Tierney didn’t drop off in performance, at least not until the final week of the season. From September 8th until the 20th, he hit .370, while putting up a .922 OPS. The season ended rough for him, with the club playing three doubleheaders over the last seven days of games. He crawled to the finish with a 3-for-40 performance over those final ten games.

Despite that .075 average to end the season, he stat line for the entire year was impressive. Tierney posted a .345 average and .515 slugging percentage. He had 47 extra-base hits in 122 games and he drove in 86 runs. He finished fifth in the league in batting average, fourth in slugging, seventh in OPS and fifth with 14 triples.

What makes the year more special, is that this was clearly a career year for him, and he did it while playing through an injury for nearly half of the season. He next best season OPS was 103 points lower and his career OPS finished 147 points lower. Tierney only played six seasons in the majors, and ended up playing for the Philadelphia Phillies, Boston Braves and Brooklyn Dodgers before he was done. He had a special year in Pittsburgh though, one of the best offensive showings at second base for the Pirates ever. 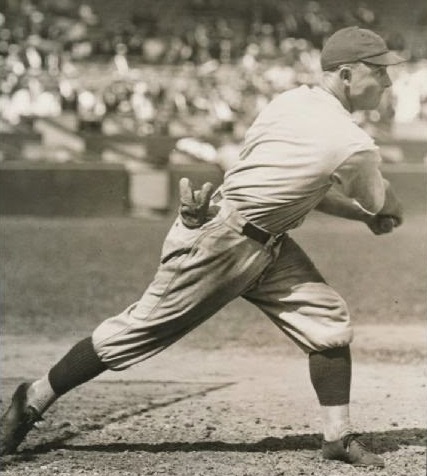