Today was a big day for birthdays with Neil Walker, Ted Kluszewski and Hall of Famer George Kelly. Lost among them was a player who had huge expectations, but came up well short. Outfielder Chad Hermansen was a first round draft pick out of high school in 1995, taken tenth overall. Going into his first full season of pro ball, he was ranked as the 54th best prospect. Over the next four years, he was ranked among the top 40 prospects each year. There was buzz around him in Pittsburgh, as fans awaited his arrival. Hermansen was a center fielder who hit for power and stole bases. Unfortunately for the Pirates, he never put everything together, and his big league career lasted 189 games over six seasons.

In 2000, Fleer Tradition cards had a retro look that has become popular over the years since it was produced. Many of the newer sets have designs similar to older sets, sometimes using the exact same look as part of an anniversary throwback. For instance, Topps is using the 1985 Topps design this year, labeling cards with a 35th anniversary emblem. The 2000 Fleer Tradition set most resembled the 1954 Topps set. However, the Team Prospects subset didn’t exactly have that same feel due to the layout of the card.

The Team Prospects subset featured two prospects from each team. Hermansen was an obvious choice for the Pittsburgh Pirates. He turned 22 years old at the end of the 1999 season, which was mostly spent in Triple-A. He hit .270 with 32 home runs and 19 stolen bases. He had some obvious walk/strikeout issues, and the Pacific Coast League was great for offense, but his age and tools (along with the power/speed numbers) made him a highly rated prospect. Hermansen was called to the majors just before his 22nd birthday and played 19 games in 1999, hitting .233 with a homer.

The other prospect featured on this card wasn’t so obvious. Mike Garcia pitched well in a September call-up during that 1999 season. He allowed one run in seven innings, giving up just two hits. That’s a nice debut in the majors. The problem here is that he debuted at 31 years old. The Pirates signed him after he spent three years pitching in China. Before that, he was with the Detroit Tigers, originally signing in 1989, after passing on signing out of high school in 1986. That’s not the type of player you expect to find on a card highlighting your team’s top prospects. 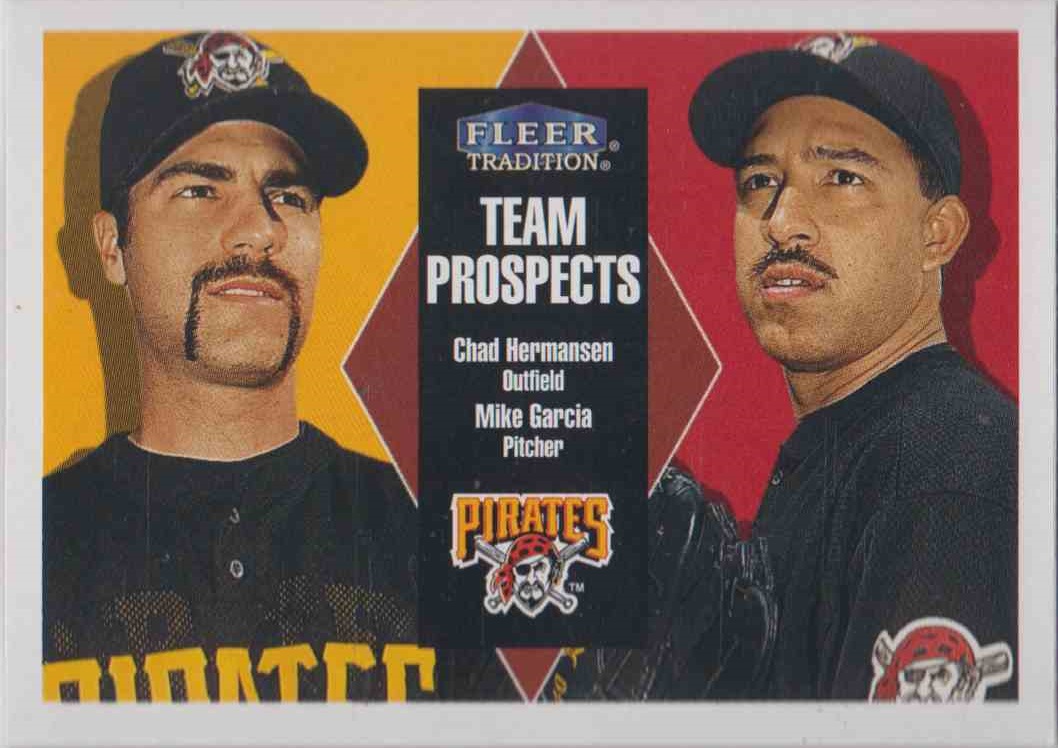 As you can see, the two player front doesn’t really have the same feel as the regular 2000 Fleer Tradition cards. Here’s an example, where you can see the 1954 Topps hat tip 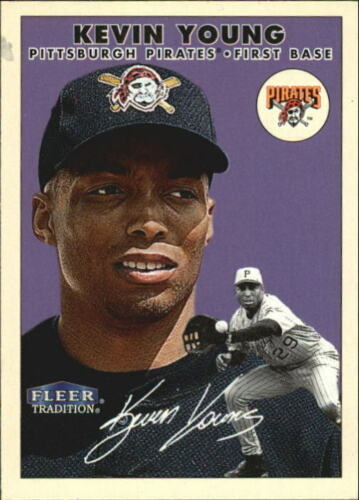 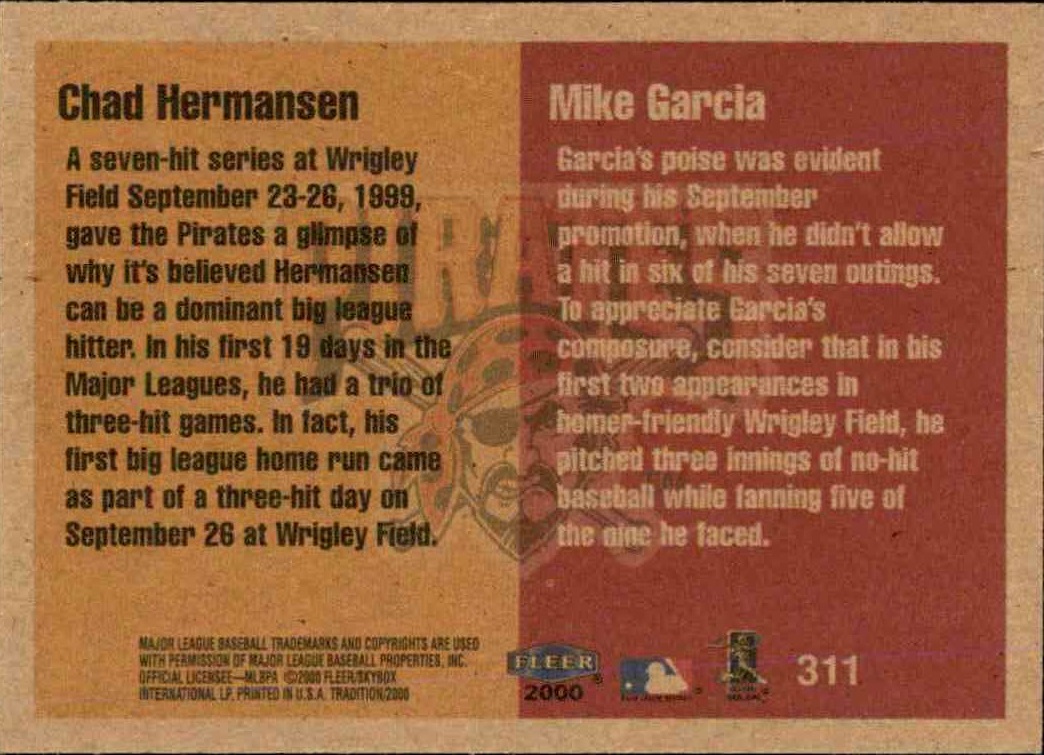 The back gives a short bio on each player. Hermansen clearly had some good games during his debut in the majors in 1999, so there was still plenty of reason to believe he would make good on becoming a star player in Pittsburgh. Garcia also sounds nice, especially since there is no mention of his age on the back. Clearly back in 2000, all of the attention with this card went to Hermansen and it really didn’t matter who they paired with him. For the record, Garcia threw 11.1 more big league innings and allowed 15 runs. He played pro ball until 2007, so he was a baseball lifer.

One other thing about the back and it’s my favorite part of the card. The Pirates logo in the middle is faded into the background.

As usual, I try to give value here in case people are interested. This card has very little value, so you can get it off Ebay and most of the cost is shipping related. Not to plug random Ebay users, but there’s actually a signed version up there now that has a $4.95 price tag (free shipping), with a best offer option, in case you want to relive the Chad Hermansen days.